An artist who specializes in accurate illustrations of fish has put her work onto a line of fish-theme pint glasses. 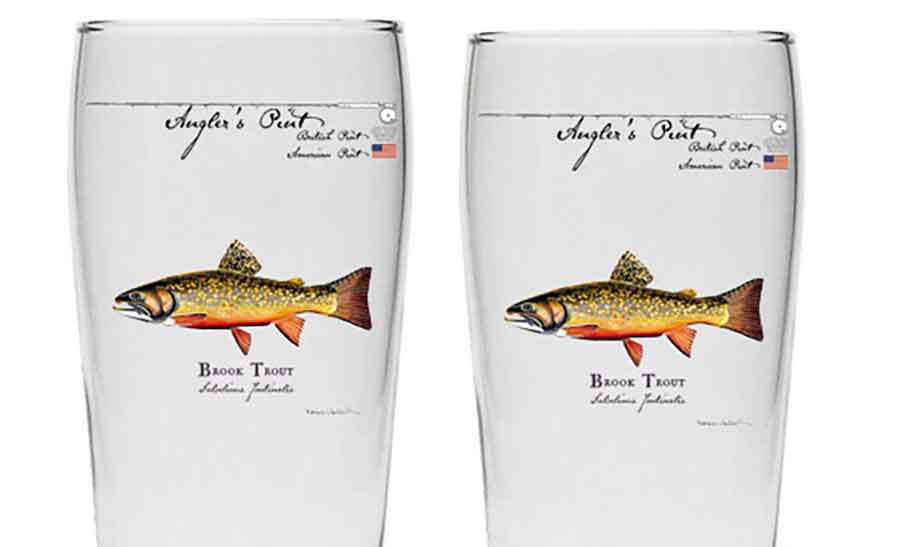 Portland, Maine, artist and fly angler Karen Talbot specializes in scientific illustration of fish. But her latest project focuses on pint glasses for beer, and namely a design incorporating fish reproduced in full color on glass.

Earlier this year, Talbot debuted the first Angler’s Pint, and it featured a brook trout. This was followed by a Striped Bass Pint, and now, this past week, she launched the Brown Trout Angler’s Pint.

“While scientific illustration is my primary focus, the Angler’s Pints have proven very popular with my angling clients,” Talbot said.

The glass itself is bigger than an American or British pint, holding 21.5 ounces of liquid.

They are made for beer, including a fly rod graphic on the top of the glass above a British crown and an American flag that boasts the pint’s extra capacity.

The Brown Trout Angler’s Pint is for sale now via a Kickstarter campaign for $7 (suggested retail is $12). See Talbot’s full line at Anglerspint.com.

The glasses are gorgeous yet simple designs, and they are sure to be adored by anglers who, as Talbot puts it, need some “functional art for tall tales after a day on the water.”

Up Next: Growler Carries Beer & Makes ‘Infused’ Tea, Too