Impossible Foods makes this pork alternative from veggies. So how does it stack up for this meat-eater?

With the boom in non-meat meats, many companies have focused on replacing the ubiquitous hamburger. But Impossible Foods chose the remarkable stage of the Consumer Electronics Show to launch two ground pork alternatives: Impossible Pork and Impossible Sausage.

Fortunately for this hungry journalist, they had samples! I sat down and dug into a wide variety of dishes at the Kumi Japanese restaurant in the Mandalay Bay Casino last night.

Bottom line is that if you were served these dishes with Impossible Pork and didn’t know it, you’d for sure think you were eating ground pork. However, I did know what I was eating and for sure could tell the difference. I found the flavor profile to be spot on, but the texture is a bit more crumbly and it’s quite a bit saltier than usual pork.

But would I eat Impossible Pork again? Yes, I would. 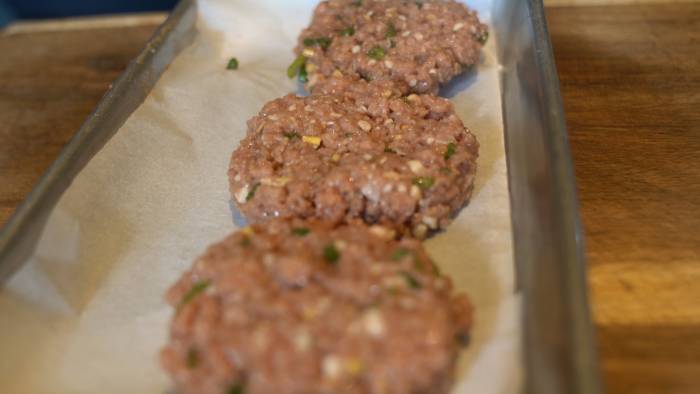 There are no animal hormones, antibiotics, gluten, or cholesterol in Impossible Pork. There is, however, a very similar nutritional profile and texture to real pork. Impossible Pork offers up way fewer calories, way less fat, way more iron, and about the same amount of protein. A potential downside, though, is it has nearly five times the sodium as real pork.

The secret to the meat taste in Impossible Foods is heme protein — a protein found in animal tissue that gives meat its juicy, iron-rich appearance. But heme is also abundant in other living organisms, including plants. Impossible Foods uses soy as its source of heme.

Regarding availability, Impossible Foods didn’t offer a timeline for its new pork products. While there was no Impossible Sausage to try out at the launch event, or even any details on what makes it different than Impossible Pork, it will be available to the public first. 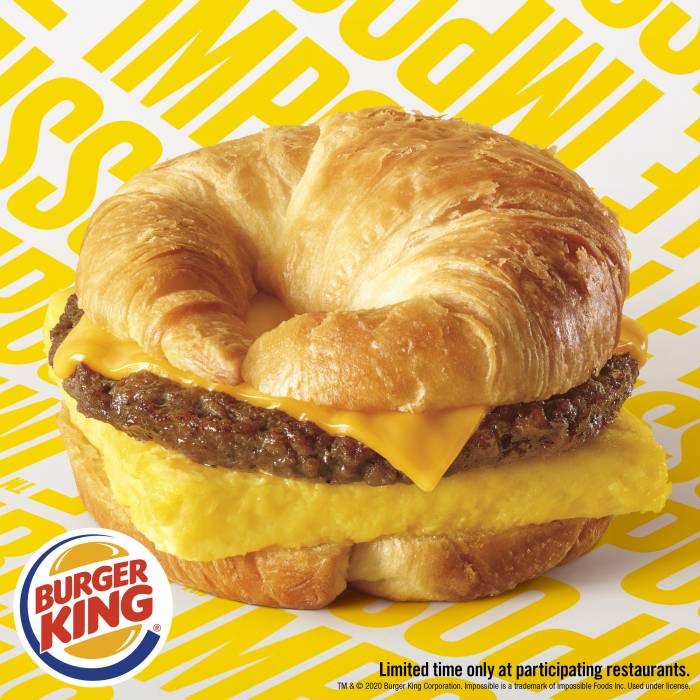 While no pricing or general availability was revealed besides the Burger King breakfast sandwich, I expect Impossible pork products will only be available to restaurants for the foreseeable future. This is Impossible Foods current distribution model, which keeps it off grocery store shelves for now.

I’m a very picky eater: I like plain food with no condiments and don’t eat at fast-food restaurants. I’ve also been a voracious carnivore my entire life until very recently. While I still eat meat, I’ve seen enough compelling arguments, both for the environment and my health, to work hard toward a mostly plant-based diet.

All these factors have led me to eat quite a lot of plant-based meat alternatives in the past few years. I’m a big fan of Beyond Meat burgers and have enjoyed other meat alternatives like Gardein Chick’n nuggets. Both of these products can be purchased at the grocery store and found at restaurants. 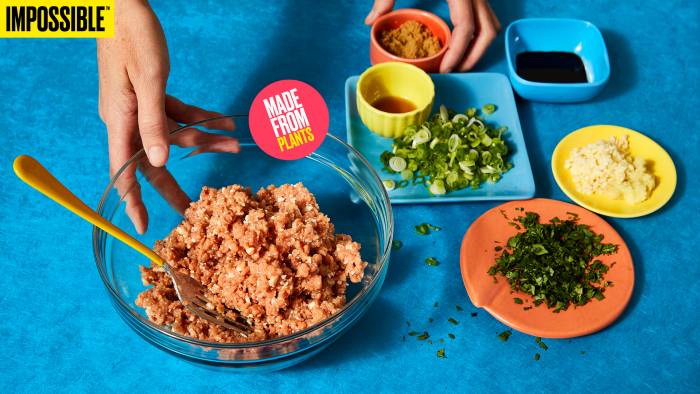 I’ve had an Impossible Burger a handful of times on my travels. They are pretty good, but they honestly taste a bit too much like a salty, greasy fast-food burger for my taste. I haven’t ever had the chance to make one my way, though! That’s because Impossible Foods doesn’t sell to the consumer: Its products are only available in restaurants — over 17,000 of them.

Impossible Foods is working hard to create animal meat alternatives for all mass-market meats in the world today. While the brand wouldn’t reveal what comes after Impossible Pork, it did hint at seafood as being the next frontier. The brand said it would be the next product that could make the most positive impact on the planet.

The holy grail of meat alternatives is a realistic-tasting, plant-based bacon. While Impossible Foods is for sure working hard on this one, it sounded like it will be quite some time before we see Impossible Bacon. It plans to truly perfect the product before its release, as the goal is to impress even the most dedicated carnivores amongst us.

Up Next: Weber’s New Grill Tech Tells You When to Flip the Burgers