Now more than ever, you’re likely aware that viruses and bacteria are different things. In recent years, smaller and easy-to-use water filters have hit the outdoor market. But as good as those are at catching bacteria, parasites, and yucky sediment, most don’t stop viruses.

Staying hydrated on an adventure shouldn’t be a crapshoot. Remote lakes or streams often look idyllic, but they can hold plenty of gut-wrenching infections, especially waterborne parasites like giardia and cryptosporidium.

RapidPure claims its water purifiers can protect against 99.99% of viruses, bacteria, and parasites. These purifiers also provide a fast flow rate and an easy filtration process along with the extra layer of virus protection.

Getting Sick on the Trail Is No Fun

Many of the world’s best adventure travel destinations have high instances of waterborne viruses. This can happen in crowded campsites where waste is left exposed or too close to water. In the case of a natural disaster, like a hurricane or flood, wastewater streams can flood past capacity and release into natural water.

The U.S. Forest Service recommends boiling or purifying water that doesn’t come from a tap. Boiling water works fine for cooking and cleaning, but RapidPure is a much quicker and easier way to get clean drinking water — especially if you want cold water.

That said, for anyone with plans or aspirations to travel abroad, a purifier is an added line of defense against viral pathogens and pollutants in the water of developing countries.

Traditional microfilters work like strainers. They push water through a membrane with minuscule pores to catch bacteria and other gunk, letting cleaner water pass through.

However, those pores, often 0.2 microns in size, are not small enough to stop viruses. Some waterborne viruses, like norovirus, rotavirus, and hepatitis A, are 100 times smaller than bacteria.

RapidPure works differently by purifying water instead of just filtering it. It uses a technology called UltraCeram to attract waterborne pathogens and traps them via electroadsorption. According to its website, “all RapidPure water purifiers are 3rd-party certified to exceed US EPA standards.”

Water filters require different methods to move water through a membrane. Some are easier to use than others.

With RapidPure water purifiers, you just need to fill and drink to get clean water. The brand says its water purifiers have a flow rate up to eight times faster than traditional microfilters. 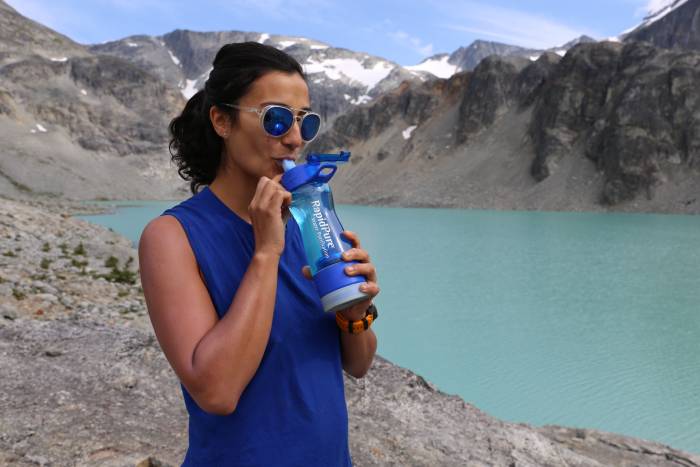 RapidPure purifiers also use activated carbon to remove odors and improve the taste of water.

The purifiers can recover from freezing and maintain their efficacy if the temperature drops (though you shouldn’t freeze them on purpose). When traditional microfilters freeze, you should discard them. 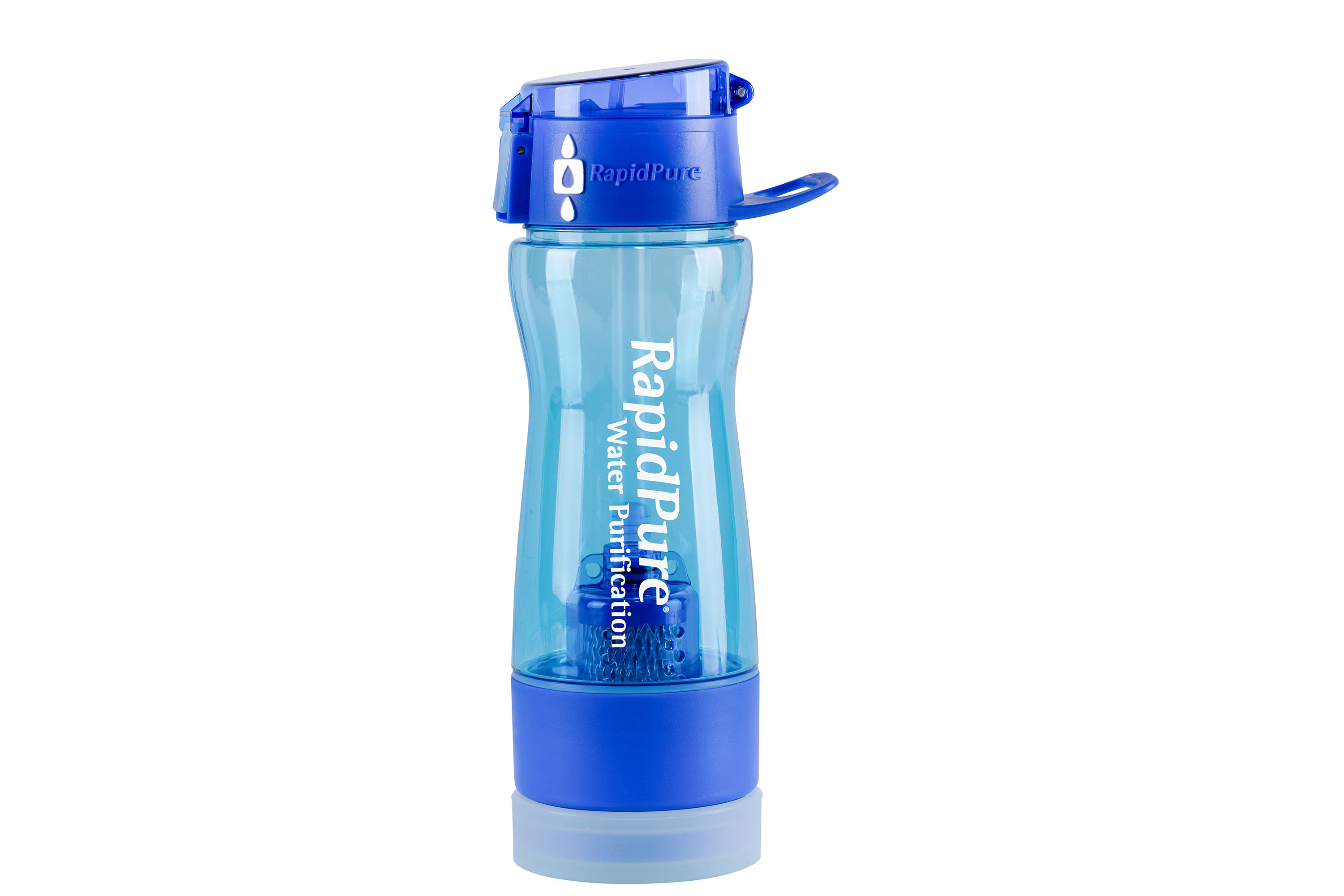 A portable water purifier can remove more impurities than a regular filter — most importantly viruses. The Intrepid water bottle purifies as you drink through the straw; there’s no additional pumping or pressing involved.

It’s touted to have an ultrafast flow rate, so chug away. There’s also a flip lid that protects the straw head from dirt and debris you’ll likely encounter during your travels. 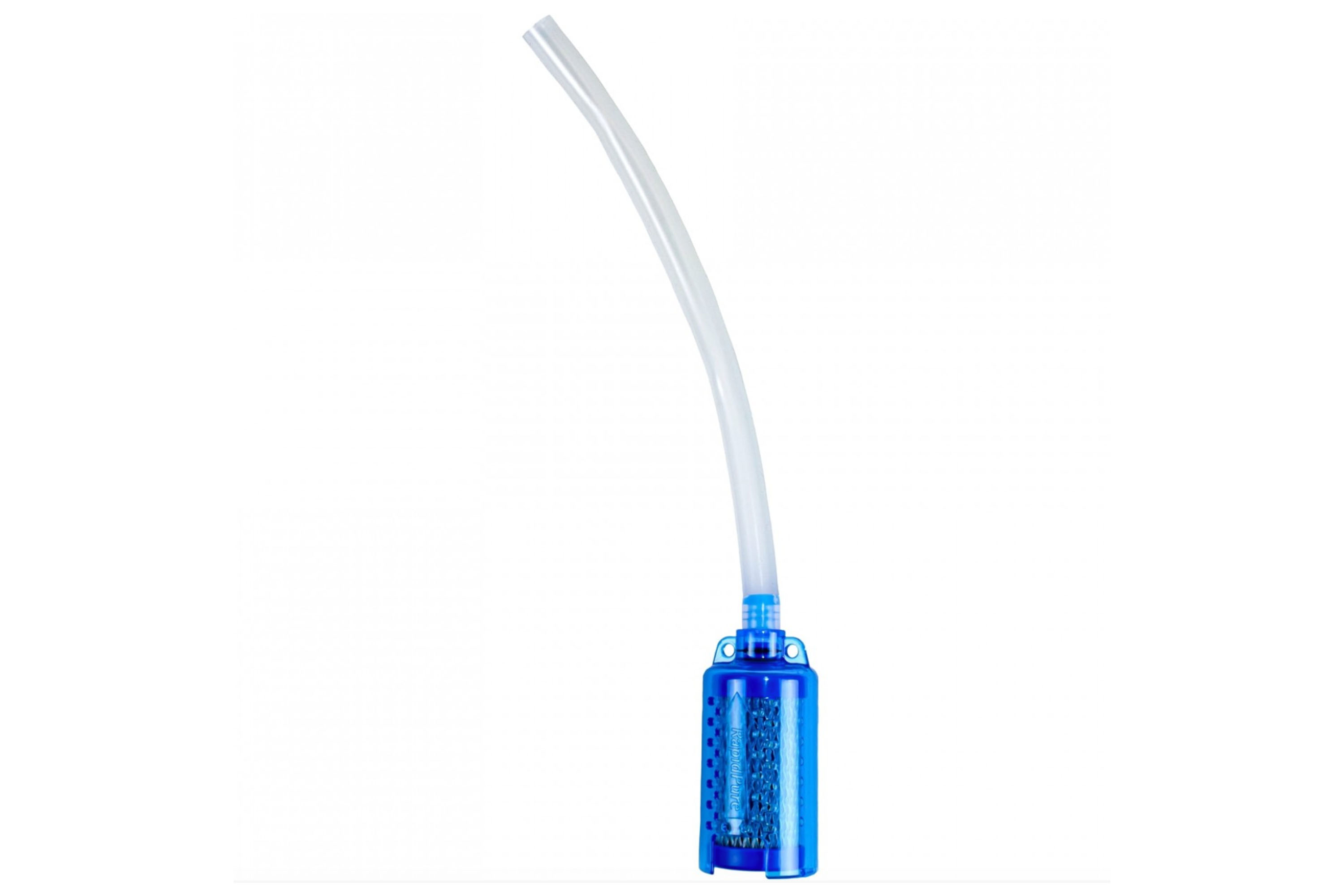 Think of the Pioneer Straw as an on-the-go purifier. Using it is straightforward: Just put the purifier into water and drink from the straw. When you’re done, put it back in its sack and stash it in a pocket.

It weighs just 2.6 ounces in the bag, so it can even come along on trail runs. 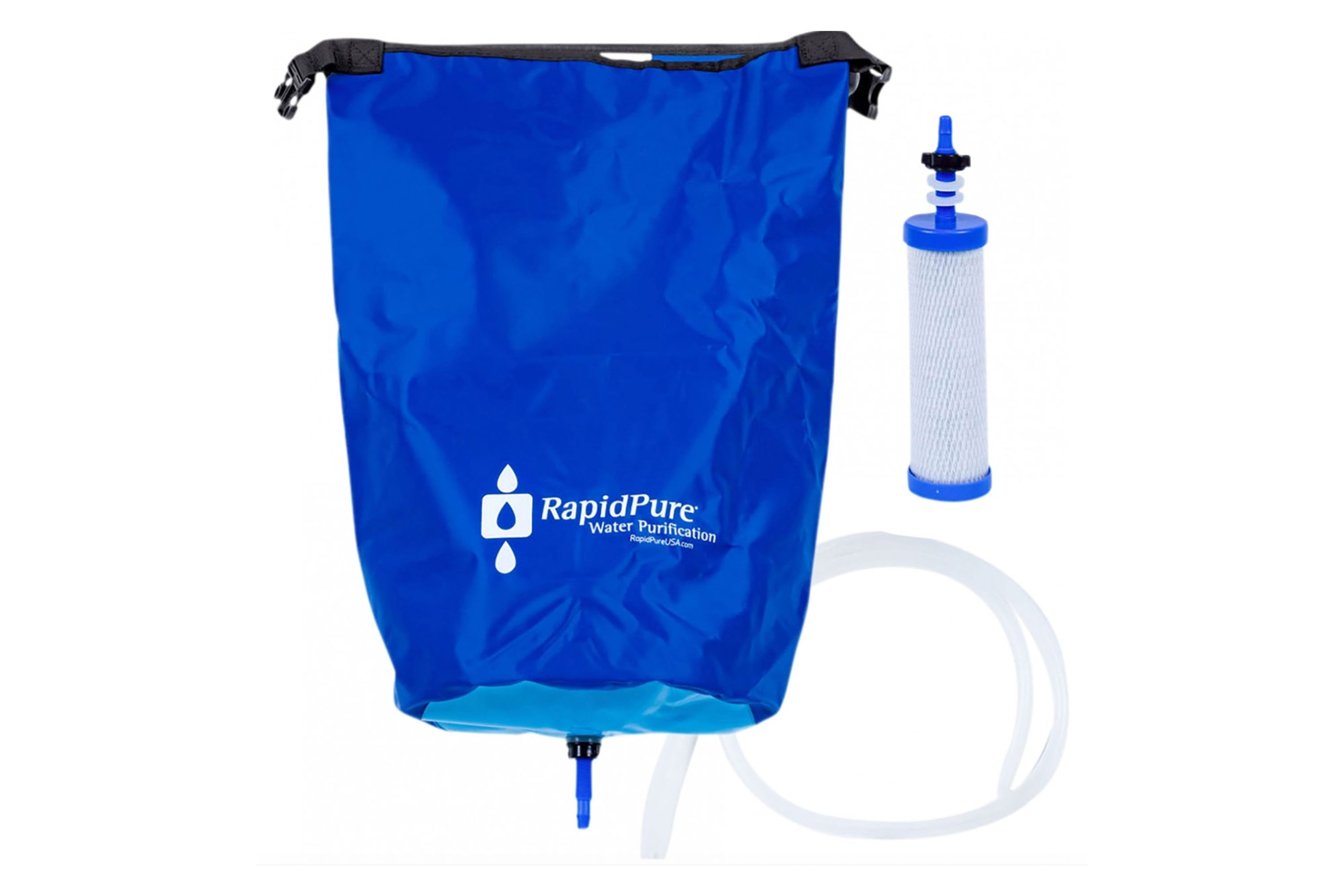 The Trail Blazer Gravity Purifier includes everything you need to filter and purify up to 5 L of water per minute, making it a great option for your camp’s water-treatment system. There’s no need for batteries, pumping, priming, or special maintenance.

Up Next: 3 Grilling Challenges to Feed You During Quarantine