Sometimes nothing is better after a long run than a nice cold drink of water. But for a lot of us, a frosty tall one would be preferable to chase that runner’s high.

And while the carbs and minimal protein in a typical can of beer give it some nutritional benefit, ales just aren’t the go-to bevy after a workout. But California-based Sufferfest Beer Co. wants that to change. 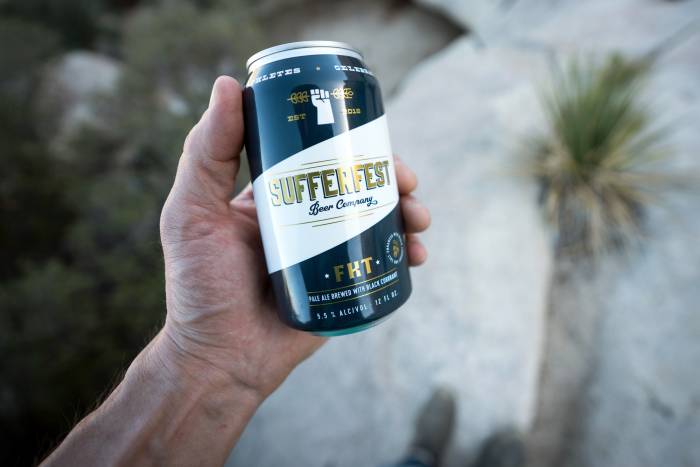 Along with the rest of Sufferfest’s lineup, FKT contains less than five parts per million of gluten. That qualifies as gluten-free in Europe and “gluten-removed” in the U.S.

But FKT’s claim to fame is not what’s taken out – it’s what’s added.

“Blackcurrant – a superfood which has four times the amount of vitamin C per serving as an orange – was the perfect option to bring thirst quenching tang, sweet aromas, and cold fighting attributes to our pale ale,” the brand said in a press release. “While there is no substitute for water, the 65 mg of salt per serving in our FKT helps facilitate cell hydration and prevent cramping.”

In addition to fruit and salt, FKT boasts Citra, Azacca, and Magnum hops for all the pale ale nuts.

We’ll try this beer soon to see how well it pairs with sweat, stoke, and … pizza. Stay tuned.

Up Next: Whole-Leaf Tea Might Be Your Next Hydration Boost

Saving…
Whole-Leaf Tea Might Be Your Next Hydration Boost
Drink Up: Making Water Safe in Nepal with the MSR SE200
×