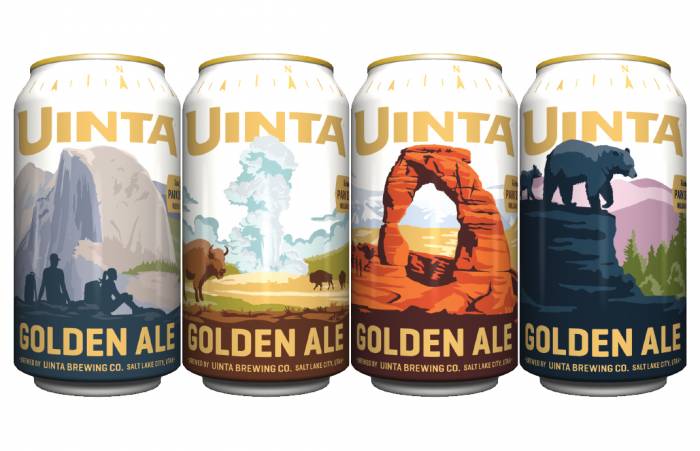 Yosemite, Yellowstone, Arches, Great Smoky Mountains, Acadia, Grand Canyon, Rocky Mountain, and Everglades will be the first national parks to grace Uinta brewskies. The company begins the limited release this month and it hinted there will be a unique can for each park.

Uinta announced that its Golden Ale will be the featured brew for the National Park Rotating Series Beer. Beginning with Yosemite, the 5.3-percent ABV ale will sport a new national park in the brand’s ongoing campaign.

Eight parks get their own can in 2017. But the company did not say what’s in store beyond this year. A promotional video states “54 more to come” in reference to the artwork designs released so far.

That would mean every national park is going to have its very own beer can. We can drink to that!

The Rotating Park Series will be available in six-pack cans and on draft in Uinta’s 37-state distribution network. The “approachable and refreshing” ale uses Carapils and Crystal malts, and Willamette and Sterling hops,

Nashville-based Anderson Design Group is creating the artwork for the series. Anderson already has a line of American National Parks prints, postcards, and calendars to its credit.