Eco-friendly apparel is on the rise. Brands are implementing creative ways to reduce environmental impact — and footwear is no exception. Reebok’s Cotton + Corn sneakers represent the latest step forward toward solving the shoe industry’s sustainability problem.

“Green” footwear is not a new trend. In May 2017, VIVOBAREFOOT partnered with Bloom on running shoes completely made of algae. And Allbirds crafts its footwear from wool. Launched this month, these sneakers mark the first time we’ve ever seen shoes made from corn. 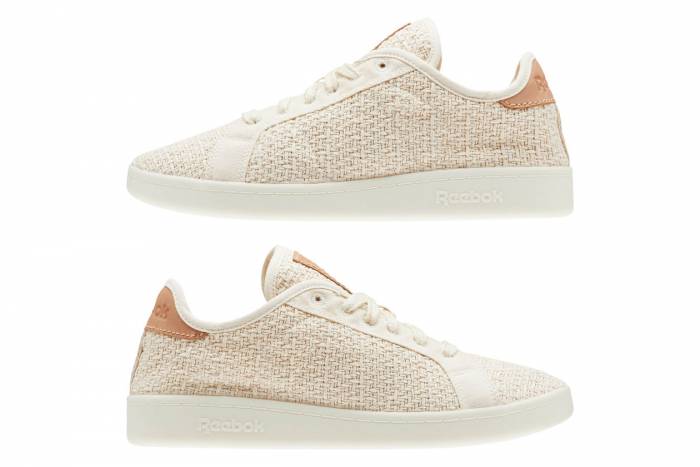 Reebok’s Future team launched the Cotton + Corn initiative last year while hinting at creating the world’s first compostable shoe. While they haven’t quite hit the mark, Reebok’s NPC UK C&C sneakers are the closest thing out there.

“Most athletic footwear is made using petroleum to create synthetic rubber and foam cushioning systems,” said Bill McInnis, head of Reebok’s Future team, in a release. “With 20 billion pairs of shoes made every year, this is not a sustainable way of making footwear.”

According to McInnis, designers at Reebok sought out plant-based alternatives to oil-based mainstays. And the result, the brand claims, is a sneaker that “performs and feels like any other shoe.”

Instead of oil, Reebok started with things that grow. It partnered with DuPont Tate & Lyle Bio Products, a bio-based solutions company. Together the companies developed Susterra propanediol, a petroleum-free product derived from industrial-grown corn. This material comprises the sole while the upper sports 100 percent cotton.

Reebok then integrated insoles derived from castor bean oil and used no dyes to make the NPC UK. To round it off, the company wraps each pair of shoes in 100 percent recycled packaging.

The result is a 75 percent USDA-certified bio-based shoe. While wearing plants on your feet might make you feel good, surprisingly, they also look good.

To be sure, these aren’t high-performance runners just yet. But the combination of sustainable materials and everyday sneaker aesthetic suggest Earth-friendly technical footwear may be on the horizon. 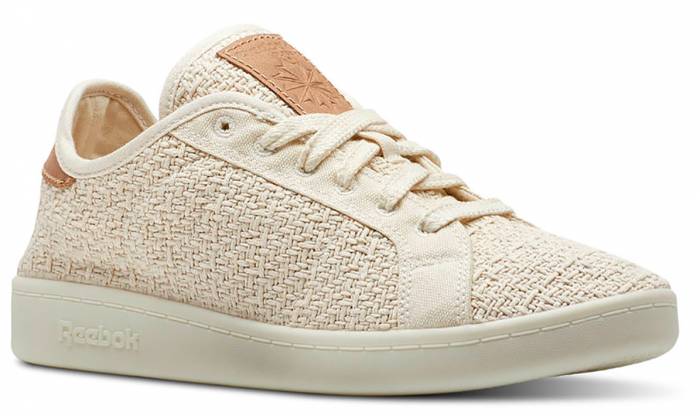 Does Eco-Friendly Fit Everyone?

The majority of modern consumers care about the environment, but it’s important to make of note of these sneakers’ unisex feature. While unisex sizing simplifies production, it could be an issue in terms of fit.

Reebok lists a women’s size conversion chart on the product page (alluding to standard men’s sizing), but we have yet to see how this eco-minded alternative stacks up for comfort.

Reebok: Growing the Future of Shoes 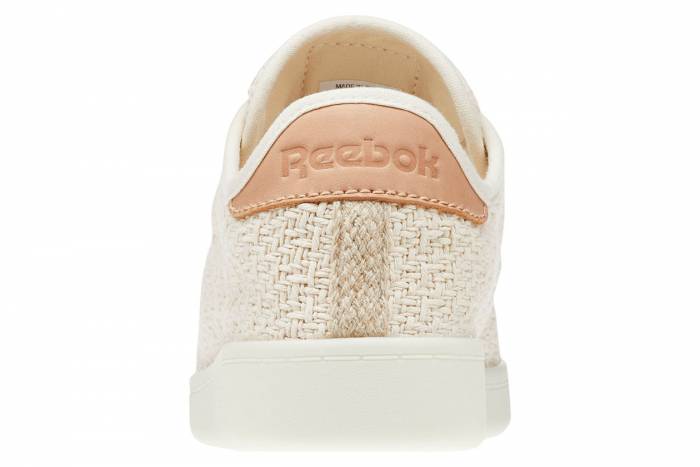 The iconic shoe brand has indicated this is just the beginning of the Cotton + Corn initiative, with a broad selection of bio-based footwear yet to come. And the sticker price, $95, looks to attract a wide audience. It’s within the budget of most shoe-shoppers, so this is one eco-alternative that also targets mainstream consumers.

And so far, the demand has been high. Reebok’s site states the NPC UK Cotton + Corn sneakers are sold out. If you want to get your hands (and feet) on a pair, you can sign up for notifications when they become available.

Reebok is officially “growing shoes.” After the release of the NPC UK C&C sneakers, there’s no telling what kind of plant you’ll be able to wear next.