We put two travel-friendly multi-tools to the test. Here, the Leatherman Style PS takes on the Gerber Dime Travel. 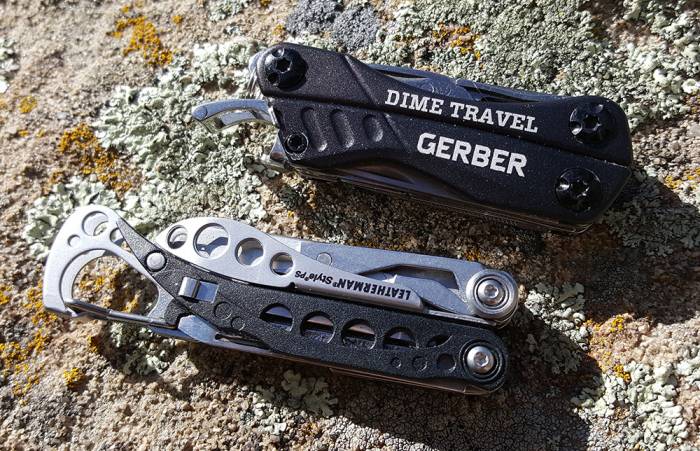 Ounce for ounce, multi-tools are some of the most valuable wilderness companions. But if the path to your next adventure winds through an airport security terminal, you may find yourself out of luck.

I’ve been on nearly as many planes as hiking trails this past year, which led me to test two of the most popular travel friendly multi-tools – the Gerber Dime Travel ($25) and the Leatherman Style PS ($25). 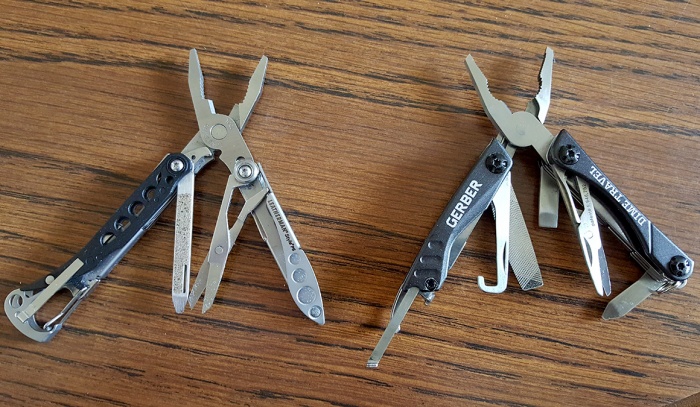 The gimmick here is simple — since blades and airlines don’t mix, Gerber and Leatherman took two popular models and replaced the sharps with something a little less threatening.

This allows you to address everyday tasks, even within the confines of the terminal. But which is the better option for you? Here’s how they stack up.

At first glance, these multi-tools appear to be very similar. Both retail for $25 (though the Dime is noticeably cheaper on Amazon). Both companies build these around a set of pliers, with an assembly of files, drivers, and bottle openers. Heck, both even include an onboard set of tweezers. 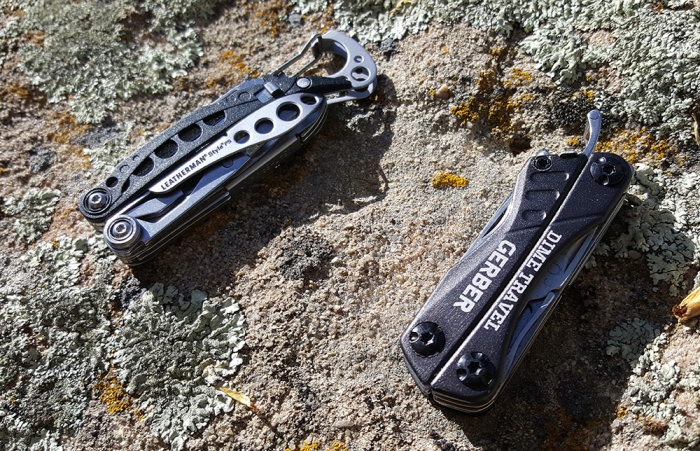 Best of all, the Dime and the Style PS each have a set of scissors. This allows you to head to the airport armed with at least a modest amount of cutting power. No longer will you have to yank tags from items purchased on the concourse or use pens to punch through plastic wrap. It’s a small advantage, but a noticeable one.

Both of these multi-tools can be handy in other ways too. I’ve used each to help disassemble larger items and perform various tasks around the house. They’ve also come in handy at work, turning the occasional bolt or screw. For superficial tasks, the Gerber and the Leatherman perform almost identically.

Upon diving into the details, however, you’ll discover two very different tools. Most noticeable is the build quality.

While the Leatherman’s surface is smooth and nicely contoured, the Gerber is sharp and roughly finished. It will, without hesitation, claw at whatever else is in your pocket. The Gerber is also noticeably thicker than the Style, though they share a closed length of just under 3-inches. At 2.2-ounces, the Dime is also heftier than the 1.58-ounce Style.

While these may seem like trivial differences, they cause the Gerber to carry much less pleasantly than its counterpart. 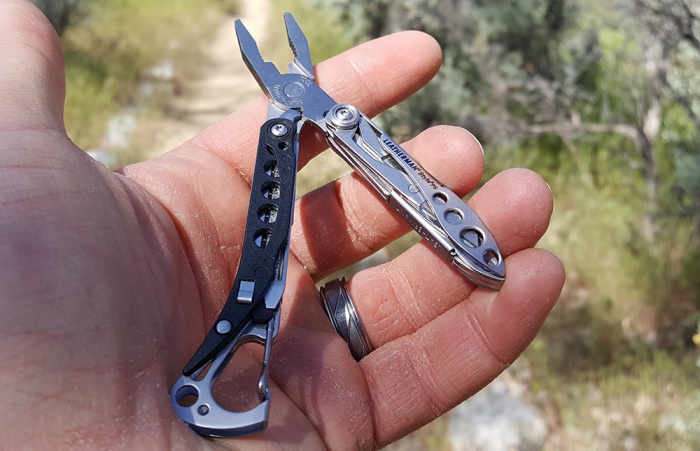 Then we get to the tools themselves. Sure, the Dime has a couple more functions. But one of these is advertised as a “zipper puller.” Why would you go through the trouble of pulling out your multi-tool just to open a zipper?

But in my experience, yanking on a caught zipper will just break the thing. Do you really need a tool for that?

As mentioned, both are built on a butterfly pliers platform. But if you look closely at the accompanying wire cutters, you’ll notice that the Dime’s aren’t very sharp. I decided to test them anyway, and came to a conclusion – these are wire crushers, not cutters.

Any attempt to snip metal will cause the jaws to deform, forcing you to use the wire itself to pry open the jaws. 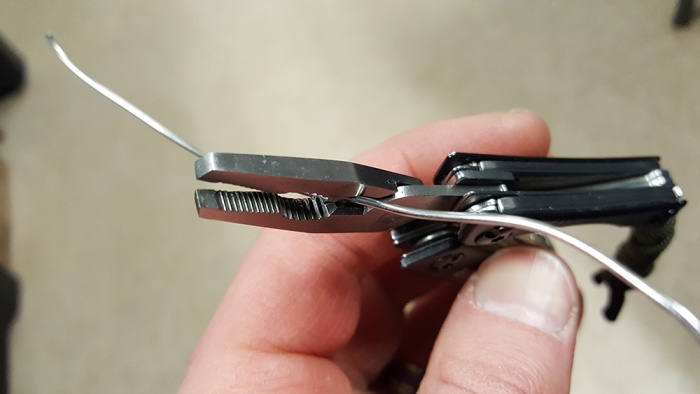 The Leatherman has no such issue. I was able to cleanly snip several pieces of wire without difficulty.

Comparing the scissors is, as the expression goes, same song, different verse. The Dime’s can cut, but nowhere near as well as the Style’s.

Ditto for the function of the file and bit drivers. The Gerber’s bottle opener is perhaps a bit more robust than its counterpart, but the perpetual protrusion swings the convenience factor back to the Leatherman. It also gets in the way of one of the bit drivers, which is a pretty unfortunate design flaw.

This wasn’t a close call for me — the Style PS is a better tool on every front. But things may not be as cut and dry as they appear.

To be honest, I came into this test expecting to hate the Dime Travel. I’ve previously tested a standard model, and it was one of the worst multi-tools I’ve ever owned.

The Travel shares a few issues with the bladed model — questionable assembly, gritty action, and iffy materials. But with a cost of just over $15 on Amazon, it really isn’t a bad deal. Compare this to something like the Victorinox Jetsetter 3 ($18), and the Dime looks like a good option.

But the Dime is not great for everyday carry, let alone trekking into the wilderness. The Style PS, on the other hand, is compact and rugged enough to throw in a pocket or pack while still passing muster with the TSA. I should know, because I actually do EDC the little guy in these photos.

So, if you find yourself in need of an airline-friendly multi-tool on your next adventure, check out the Leatherman Style PS and the Gerber Dime Travel. While my preference for the former is clear, the latter is a serviceable option at a bargain price.