After a century of private ownership, nearly 1,500 towering redwoods will become a new public park.

Deep in the Sonoma, Calif., forest stands an ancient skyscraper.  A gnarly redwood, wide as a county highway and tall as a downtown highrise, has remained secluded from civilization for an estimated 1,640 years.

“The McApin Tree” is one of more than 1,450 giants like it that populate the Harold Richardson Redwoods Reserve. The reserve has been part of the Richardson family’s estate for nearly 100 years. But this month the family sold the property to the Save the Redwoods League for $18.1 million. And this week the League announced it will turn the private land into a public park, complete with hiking trails.

“The League envisions stewarding this property as a public park in the future for all to enjoy — the first new old-growth redwood park in a generation,” said Sam Hodder, president and CEO of Save the Redwoods League. “Harold Richardson Redwoods Reserve, named to honor the legacy of the family’s patriarch, will be the newest gem on California’s crown of redwood parks, providing inspiration, recreation, and clean air and water.” 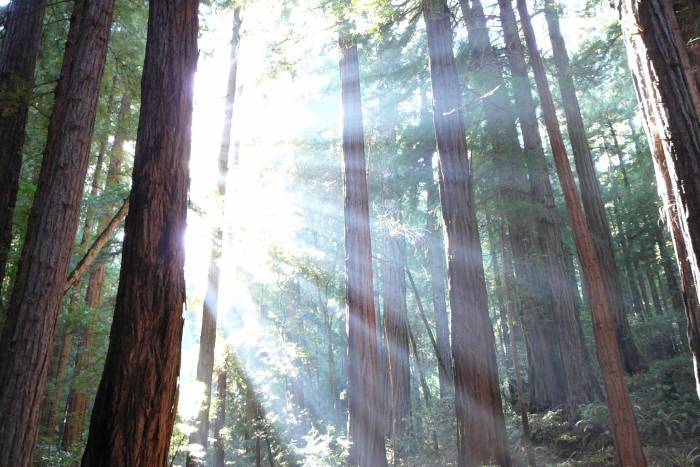 The $18.1 million breaks down to $9.6 million in cash for the Richardson family, and a transfer of land. Save the Redwoods League will give the Richardsons an 870-acre parcel known as Stewarts Point Ranch.

In a press release, the League said it will take roughly three years to create new trails through the redwoods and “develop a public access plan.” We applaud both parties for recognizing the importance of protecting this natural wonder and look forward to our first steps on a trail through these towering giants.

Up Next: High School Teacher Strides Toward AT Record