‘Is this thing for real?’ After putting on Hyperlite Mountain Gear’s Windrider pack I marveled at its light weight and futuristic, translucent body, which is made with fibers so strong the brand compares them against steel. 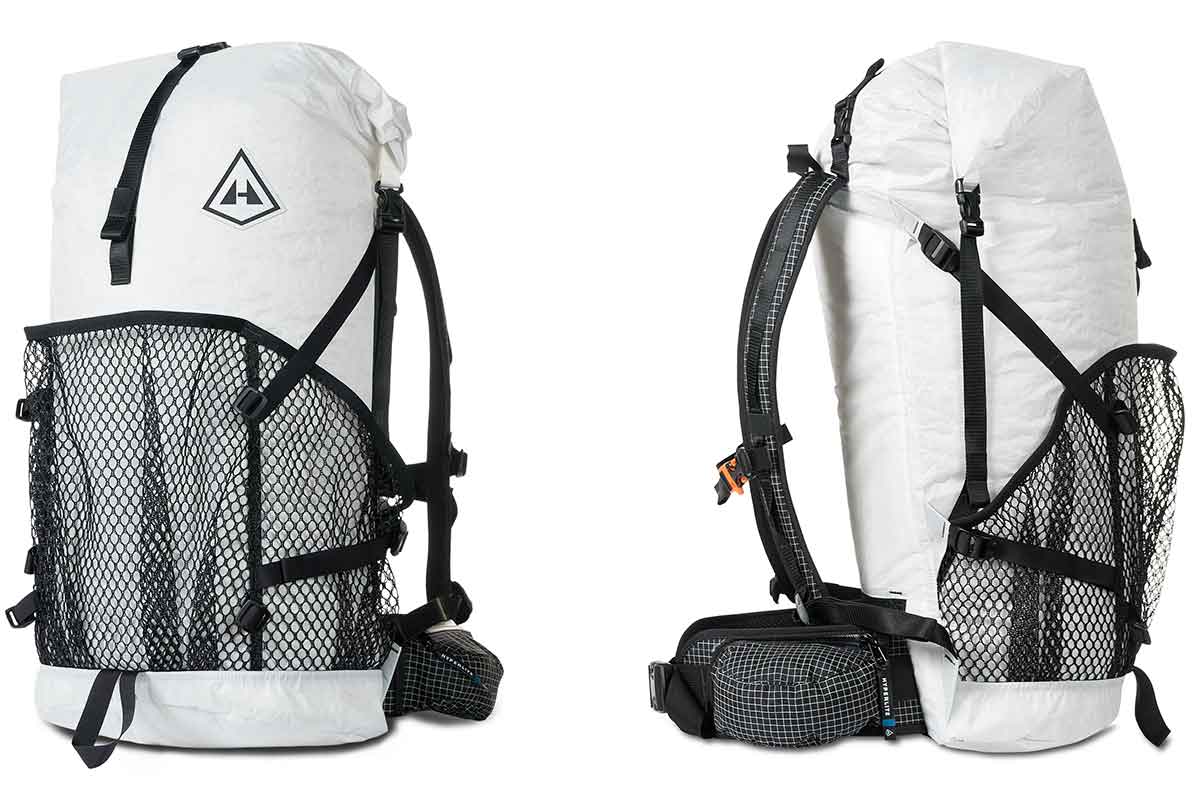 The fibers are called Dyneema, and they help comprise a niche magic material many gear junkies know and love. Dyneema Composite Fabrics are extremely light, ultra durable, and waterproof.

Hyperlite Mountain Gear, a Maine-based company specializing in ultralight gear, is tip-of-spear when it comes to products designed with Dyneema.

As a bonus, everything from Hyperlite Mountain Gear is made and tested in Maine, a true domestic manufacturing success story in our industry if there ever was one. (See our full profile of the brand, “American-Made: Repurposed Textile Mill A Factory For ‘Hyperlite’ Gear.”)

Our team was sent a set of Windrider packs and told to “run them through the real GearJunkie test.” Fast forward five months, and after two expedition races, 50 miles of pack-rafting over a couple days, trekking in New Zealand, and commuting at home in the rainy weather, the packs are unscathed. I wish our bodies could say the same.

The company prides itself on making gear that is “exactly what you need and nothing more.” No extra frills, straps, or pockets. It is simple yet it is obvious that a lot of thought and testing goes into each piece.

This pack, the Windrider model, is great for core users who choose durability, lightness, and function over multiple pockets, phone attachments, and headphone ports. Thru-hikers, pack-rafters, climbers, and outdoor guides are big fans of this model because of its ability to carry lots of gear and keep it all dry. Now, adventure racers and others are starting to take notice, too. 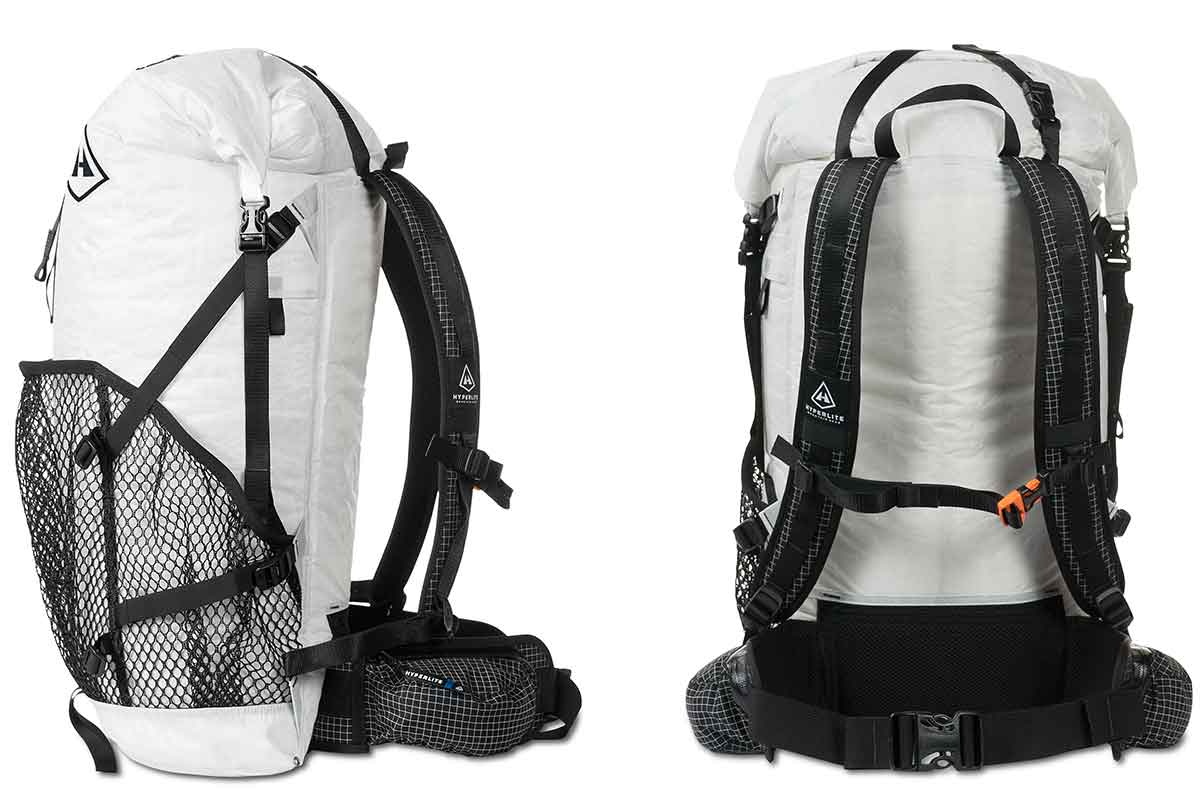 First and foremost, this is a backpacking pack. With its namesake 2,400 cubic inches of capacity, the company describes the Windrider as “a first choice for goal-oriented backpackers and thru-hikers wanting to do part or all of the Appalachian Trail, the Continental Divide Trail, or the Pacific Crest.”

It weighs less than 2 pounds and has one big main compartment and three external mesh pockets. A roll-top closure seals the bag body shut, rendering it rain-proof. There are removable, contoured aluminum stays for support. The shoulder straps have 3/8” closed cell foam and mesh.

In The Field, Around The World: GearJunkie Hyperlite Mountain Gear Test

We ran these packs through the gauntlet. After 200+ kilometers of bushwhacking through the relentless Patagonian outback in Chile, 300KM miles of combined mountain biking and commuting in wet and rainy conditions in New Zealand, as well as use at home training in Oregon… well, the packs came out unscathed.

Despite rolling and un-rolling the top closure hundreds of times, placing sharp objects in the main compartment, sitting on them in rafts, climbing, and getting brushed and harassed in thorny bushes for miles on wilderness treks, there is not a single hole or tear. Dyneema passed the test, and then some.

The pack is basic. It has one main compartment with a bladder holder, a large mesh area that has three separate compartments, two side pouches, and an ice axe loop. It keeps water out through the roll-top closure and it compresses down with a strap.

The big mesh exterior pouches, often the first things to get destroyed in our tests, were not only durable but also had a carrying capacity of 9.8 Liters. I stored my food for three days, a hat, water bottle, and damp socks in them — and there was still room for more.

By day five of the Patagonian race, I usually take every opportunity to remove my pack due to sore shoulders and raw hip bones. This pack was not only comfortable, many times I forgot I had it on — it became a part of me.

One point for improvement: The hip-belt pockets could be easier to access. We found them difficult to get into at times when on the move, especially when we were in a hurry or had little dexterity in our fingers due to cold. They were hard to access when the hip belt was cinched down around my waist.

All said and done, the Hyperlite Mountain Gear 2400 Windrider is an exceptional ultra-light pack. Coming in at $290, it may sound pricey but when you look at the facts — it’s light at 28.2 ounces; it’s functional, waterproof, and comfortable, and the material is about as durable as it gets — you may never need to buy another backpack again.