There’s going to be another big American SUV on the road soon. And if the badge on it is any indication, it might be really good off road as well.

Today Jeep debuts the Grand Wagoneer Concept. The concept car is a fancified version of what we expect to see rolling out the Warren, Michigan, assembly plant doors next summer. The Wagoneer won’t just be a single vehicle, but instead a “portfolio of vehicles” that will fill out the premium end of the Jeep lineup. We expect at least two wheel-bases of this 4-door big premium SUV.

“Wagoneer is unquestionably rooted in the legendary Jeep brand and its unmatched heritage of leading capability, authenticity and freedom, and its return allows us to expand to a much more premium arena with new levels of design detail, and advanced safety and technology features,” said Christian Meunier, global president of the Jeep brand. 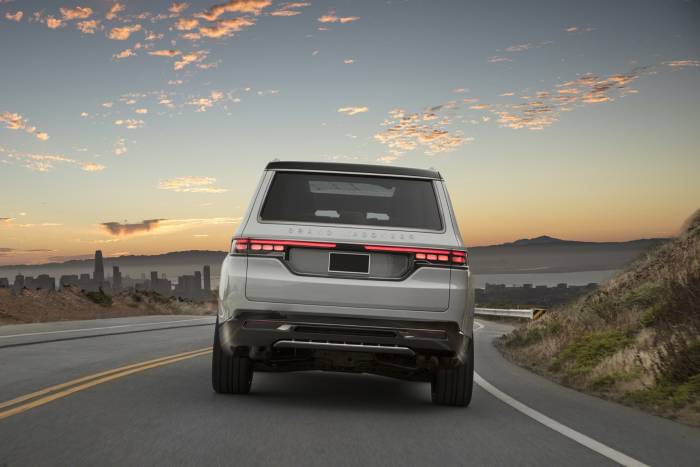 Let’s start with what we know about the Jeep Grand Wagoneer Concept. Because Jeep aims to offer electrified versions of all its vehicles, it’s showing off this concept with a plug-in hybrid (PHEV) system. Not only should the PHEV system offer impressive fuel economy, but it should also offer impressive torque for towing and off-road adventures. 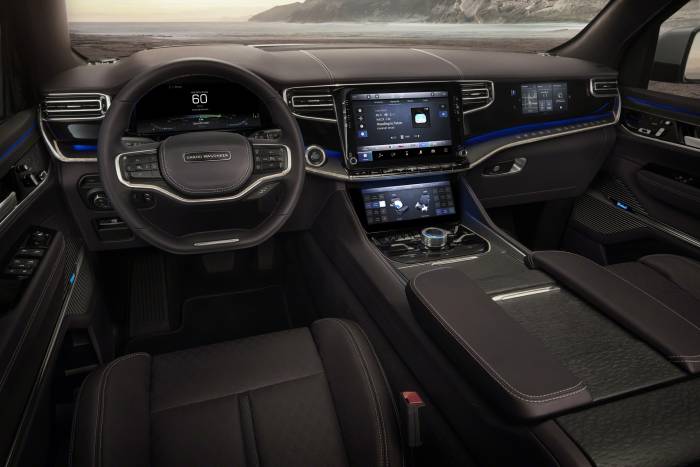 Besides making this big machine move, the electrification of the vehicle will also power the nearly 45 inches of screens across the dash and 30 inches of screens in the second row. Sadly, the third row gets left out of the digital screen program.

A super-unique screen in the vehicle is the first-ever front passenger screen in an SUV. This screen is possible because of a special coating that doesn’t allow the vehicle driver to see anything on the screen at all. Distracting the driver with the latest YouTube videos or movies isn’t a good idea, but now the front passenger can stay entertained while the driver keeps the vehicle rolling down the road.

To go along with all those screens, Jeep has introduced the first-ever McIntosh in-vehicle stereo system. The system has a cool retro-inspired graphic interface on the dash, 23 aluminum-clad speakers, and a 24-channel amplifier. This setup should make for an immersive sound experience.

The theme here is a balance between retro inspiration, modern systems, passenger comfort, and premium materials. A nice retro throwback is the use of teak wood accents throughout the interior and exterior.

When you think Grand Wagoneer, you have to think about those wood-paneled originals from the 1980s. The use of the teak wood accents also gives the feel of a fine luxury yacht — in this case, a land yacht. 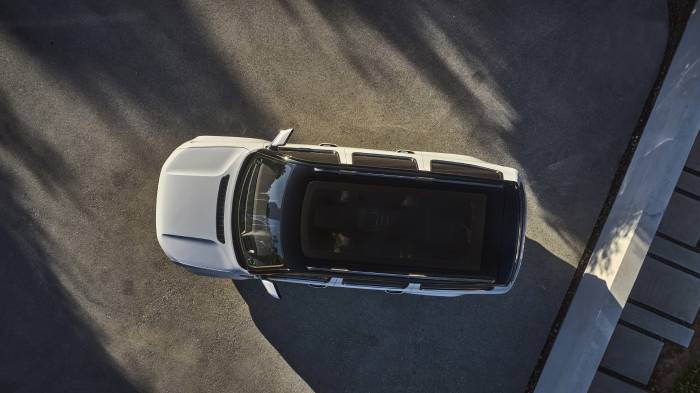 The roof of the Grand Wagoneer Concept is a full-pane glass skylight. It helps make the vehicle feel even roomier than it already is and gives that open-air feel that so many crave when they get into a Jeep.

The glass roof also has a map of the greater Detroit area. While a cool homage to the vehicle’s hometown, we might like to see something a little more mountainous and outdoorsy in our vehicle roof map graphics.

On each side of the glass roof, there are roof rails featuring tie-down loops. These tie-down points look fragile and horrible for holding down gear on the roof. They are, however, absolutely beautiful with their teak wood supported by bronze latticework structures.

Rounding out the Concept Jeep’s looks are a ton of LED lighting, including in the classic seven-slot grille. Up front, you also get an aluminum skid plate and tow hooks. Both let you know that this big SUV is meant to be used off the pavement. 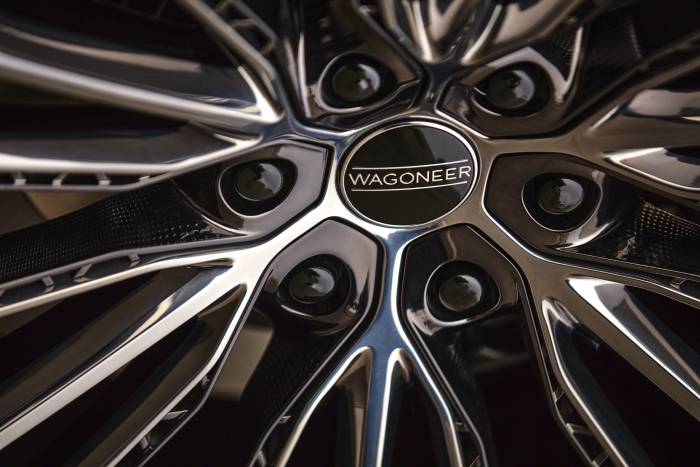 The inverse of those hints at off-road worthiness are the super-intricate, massive 24-inch wheels and rubberband tires. While the big wheels with 3D-printed inserts are beautiful, it’s doubtful they’d hold up off road. It’s even more doubtful that they’d make it to production.

You can watch the debut of the Jeep Wagoneer Concept here:

Jeep hasn’t confirmed much about what a production Wagoneer will look like. It said the Wagoneer is going into production next summer as a full line of vehicles.

We also know that on offer will be third-row seating, three 4×4 systems, Quadra-Lift air suspension, and independent suspension at all four corners. Jeep is also claiming “unmatched towing capacity.” That’s a lofty claim when going up against the recently released GMC Yukon XL, with up to 8,100 pounds of towing capacity.

Sadly, at least for the foreseeable future, Jeep has also told us that all Wagoneer will be a four-door SUV. That means no short-wheelbase, two-door Wagoneer for us, like what was on offer back in the 1980s.

How Much Will the 2021 Wagoneer Cost?

Pricing has not been released yet, but Jeep keeps emphasizing reaching new affluent customers. What that means is that the new Wagoneer lineup will pack tech features and luxury materials, and will no doubt cost a pretty penny.

After some discussions with the good people at Jeep, we believe that the Wagoneer will start around $60,000 and the Grand Wagoneer around $100,000. Those are big numbers, but not out of line with the other full-size luxury SUV the new Wagoneer will be up against in the marketplace.

Is the new Wagoneer an appealing adventure vehicle to you? There’s plenty of room inside for gear, lots of friends and family, and sleeping. It will no doubt easily tow all your toys behind it as well. Oh, and it should get great fuel economy while doing so with its PHEV system. 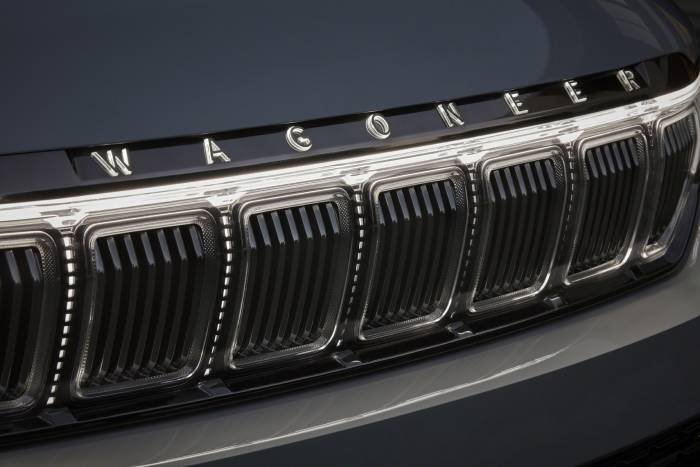