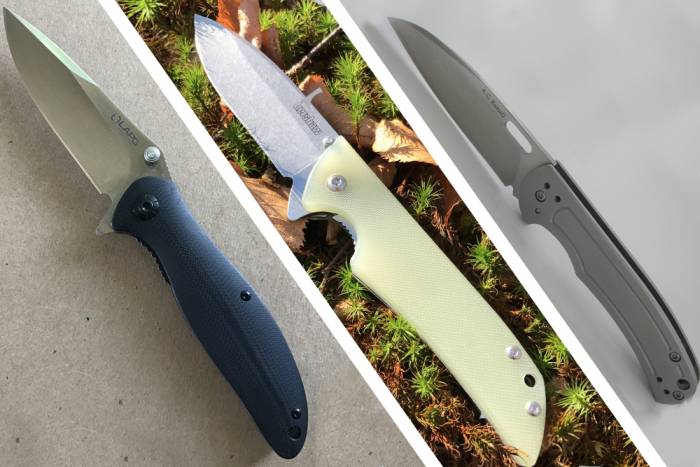 The knife market has exploded in the last three years. The top end has become crazy: Rockstead released a $2,400 production blade. And the bottom end has long had great stuff on offer.

But the middle of the market, around $50, has largely been abandoned. Most companies want to sell knives for either $20 or $200. But for a lot of folks, their pocket knife budget falls between those extremes.

So, what are your best options for a folding pocket knife around $50? Here are the top seven folding knives on my list. 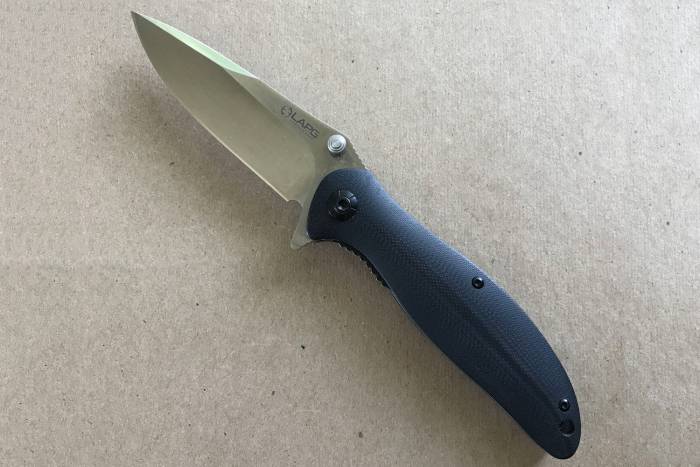 The LA Police Gear TBFKS35VN debuted last year, and it’s been a huge attention-grabber among knife knuts. It offers a contoured G10 handle, a bearing pivot, a flipper, and S35VN steel – all for $35.

There is nothing – and I mean nothing – on the market that can match this knife in terms of specs.

But specs alone do not make a knife. The handle is a bit spotty, the grind isn’t perfect, and the liner makes for one vicious hotspot. But for the money, these are flaws you can work around.

With your $50 budget, you can buy this blade and still have enough left for two drive-through lunches. 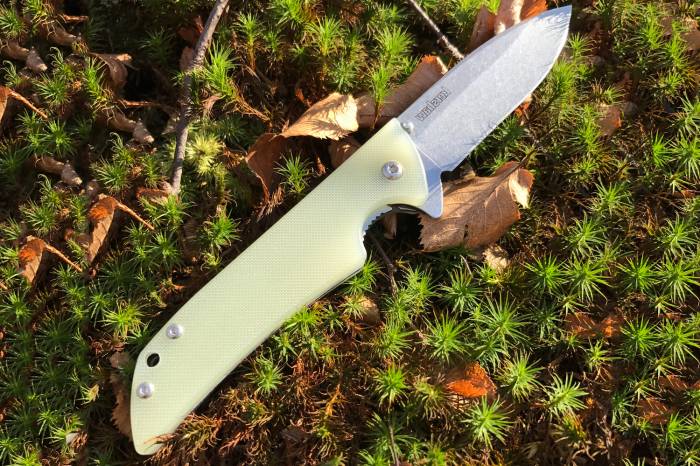 The price of the Kershaw Skyline has risen slowly but steadily over the past five years. I got my first (of three) Skylines at Walmart for $25 five years ago.

Even at twice that price, it’s still a great deal. The knife is light in the pocket, has a great flipping action, and utilizes one of the best-value steels on the market, 14C28N.

Its a bit quirky, with one liner, but it’s a great blade. Kershaw lists it at $80, but look online (Amazon) and you’ll easily find it under $50.

A. G. Russell is making his way through his sixth decade in the knife business. The small Skorpion, which he put out a few years ago, shows that the elder statesman of the blade business can still run trends with the best of them.

This steel framelock flipper is a sweet little blade. Russell pocketed out the steel to make it lighter than normal. And he did his usual voodoo to create a stupendous blade-to-handle ratio.

It’s not a knife often discussed among knife knuts, but there is no good reason why. Only the 8Cr13MoV steel is a real weakness, and even that’s not a big deal. 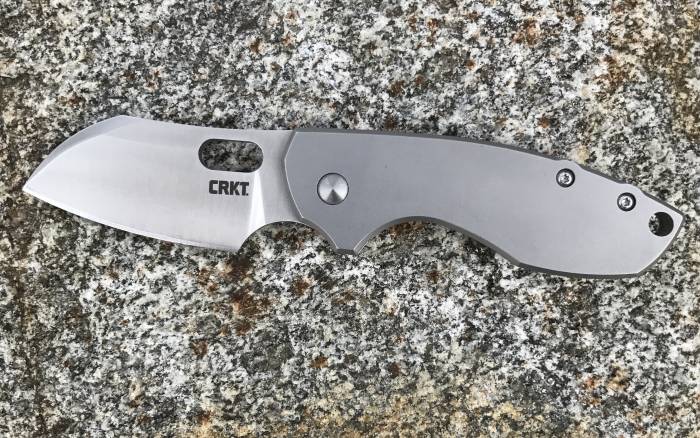 No budget blade has caused quite the stir or the sales shortage that the Pilar has over the past year. It is simple to see why: This is a stunning design by one of the hottest knife makers on the planet, Jesper Voxnaes.

The Pilar also happens to be quite pocketable, running a smallish 2.5-inch blade to offset the heft of the steel handles. The blade shape is also nice, strong tip, excellent belly, and no “tacticool” baloney. It is produced overseas and runs 8Cr, but that’s par for the course in this price range.

This knife is made by the same company that makes Fenix flashlights. And like those flashlights 12 or 15 years ago, Ruike is making a name for itself with good knives that really punch above their weight.

This knife has great flipping action, rock-solid lock up, and a very straightforward design. The steel is the excellent 14C28N, which is just a step below the S35VN in the TBFK, above. But it’s probably not a big enough downgrade to notice in regular use.

In many ways, this knife is better than the TBFK with more thoughtful details and a slimmer overall profile. It is a bit long, but other than that, you should consider the P801 if you have only $50 or less to drop. 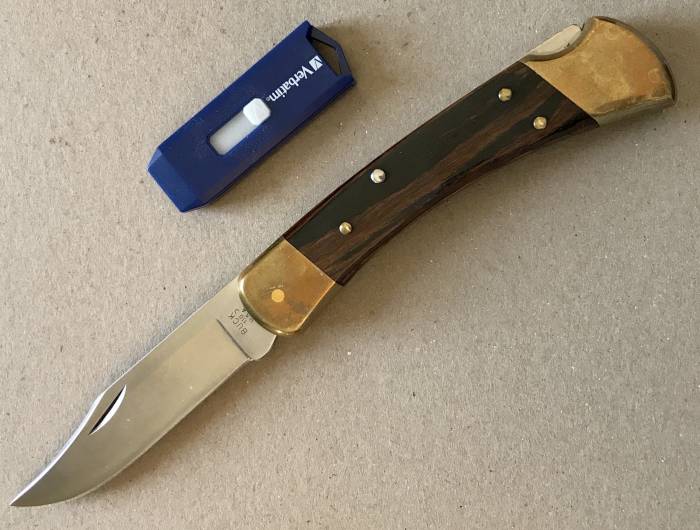 This knife can, on rare occasion, be found for under $50 (like here on BladeHQ). If you’re even considering the 110, try the wood-and-brass-handled classic version.

Many a hunter has skinned a deer with nothing other than a 110. It’s a classic for a reason. This is a design unchanged in 50 years – a blade that built a company and the outdoor cutlery industry as a whole. The steel is Buck’s proprietary heat-treated 420HC, which is quite a bit better than regular 420HC.

The knife is a clip point and is positively huge in terms of both size and weight. It also requires two hands to open and close. Finally, there is no clip, only a holster. But it also tends to be a bit more robust than many of the knives on this list. And, like a 1970s wood-paneled Wagoneer, it just screams “outdoorsy.” 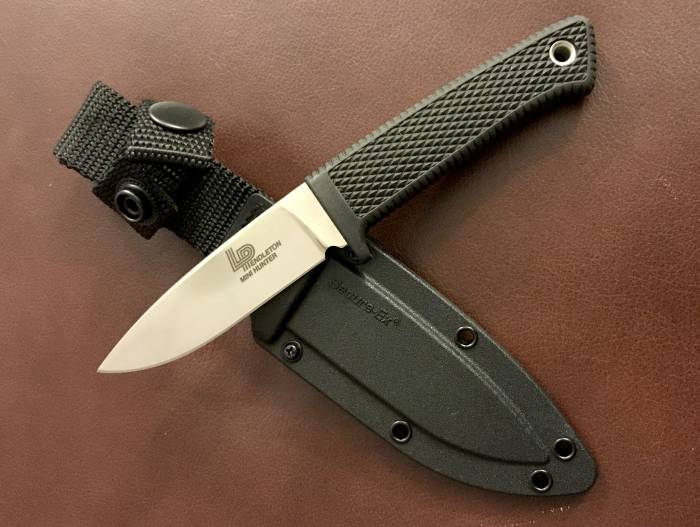 Okay, so I had to sneak in one fixed blade. But, man, is the Mini Pendelton a great knife at a great price. The sheath is at least twice as good as the average production knife sheath, and the handle is grippy and responsive. The blade is small but razor sharp, running a metal Cold Steel calls VG-1. Its shape is sweet too – a nice, simple drop point.

But the real selling point here – and why I include it on a list of folders – is that it’s small enough to carry in a pocket. Think of it as a folder with the world’s strongest lock – no lock. The Mini Pendleton also makes a great first knife for kids because it’s small enough for their hands and grippy enough to prevent accidents.

Other Great Folding Knives Under $50

Looking for more? We’ve come across a handful of other solid sub-$50 options.