The annual Blade Show presents the biggest names and most discerning hands in the world of knives. We’re breaking down the 2018 Knife of the Year award winners. 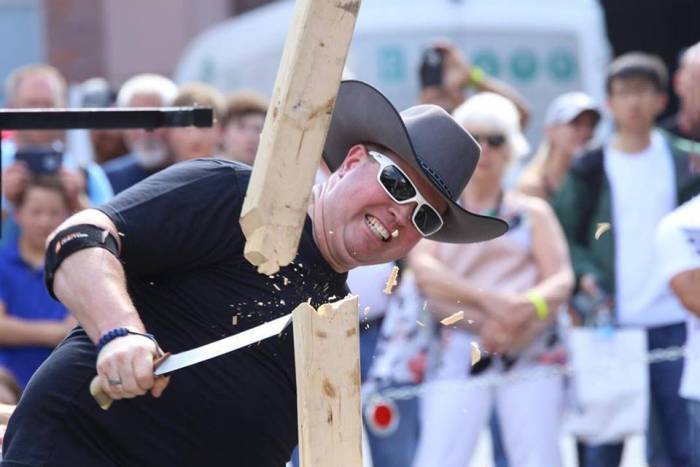 Often described as the knife industry’s homecoming, the annual Blade Show is not the pure business show that SHOT is for hunting and shooting. Nor is it as exclusive or high brow as some of the invitationals.

Instead, the show, held in Atlanta, Ga., is a place where custom makers can push the year from red to black and production companies can scout new collabs.

Most big reveals in recent years have taken place at SHOT, but this year bucked that trend a bit. Still, the highlight of the show is the awards. Given in two batches — one for production companies and one for custom makers — the Blade Show awards have a long history, going back more than 20 years.

The 14 categories of production awards have a less-than-perfect track record, often selecting knives that were discontinued or eschewed by the knife-buying public (like Spyderco’s Snap Lock or LionSteel’s color-change-handle KUR). Manufacturers, sellers, and other industry folks all vote on the awards.

The SURU is a collaboration between Fox Knives and Jesper Voxnaes (maker of the Snailor, among others). Voxnaes and Fox have partnered before on a number of designs, all of which echo the SURU. This knife is a titanium framelock flipper with a roller bearing pocket clip — a feature often seen on custom knives.

This knife is a puzzling winner for a number of reasons. First, it’s not all that different from the other Fox/Voxnaes collabs. So it’s surprising that this one won the big award when others got no recognition at all. Second, there were dozens of really excellent designs that came out this year, many of which innovated in terms of features, placement in retail channels (like Kickstarter or Mass Drop launches), or both.

The Massdrop Terzuola release, for example, seems to be one of the most interesting knives of 2018. Teaming up with WE Knives and the retail upstart Massdrop, Bob Terzoula, the “Progenitor of Tactical,” had all of the ingredients of an important blade. But alas, it got nary a mention.

In the end, I’m sure the SURU will be a solid knife — both Fox and Voxnaes make great cutters. I’m just not sure it will have a lasting impact (see: Spyderco Snap-It).

The Impinda is a 3-inch slipjoint from Chris Reeve Knives. It runs a blade of S35VN and a titanium handle. It is the first completely new release from Chris Reeve since the Mnandi. And no — the Inkosis, aka Sebenza 2.0, doesn’t count.

This $450 knife absolutely looks like a winner: something that will sell well, have a big impact, and serve as a platform for iteration into the future. The Impinda could have easily been chosen as the Overall Winner. 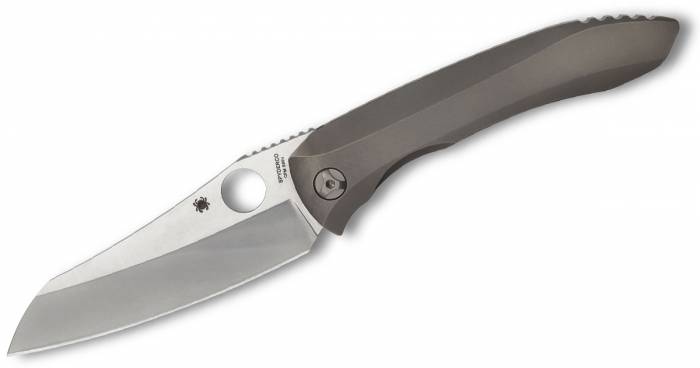 The Paysan is a collab between Peter Rassenti and Spyderco. Rassenti is known for his high-end custom designs, many of which are integrals. This means the handle is one solid piece of titanium, not two slabs held together with fasteners and a backspace.

Integrals are difficult to make and exceptionally expensive (lots of waste and time-consuming machining). This is the second integral from Spyderco, the first being another Rassenti collab, the Nirvana. This knife is a titanium framelock and runs on bearings. It will likely sport a blade of S90V and be the most expensive Spyderco ever released in terms of non-inflation-adjusted MSRP. Like a lot of stuff on this list, the Paysan debuted elsewhere — the European outdoor show IWA.

Like with the Impinda, this knife could have easily won the big award. It is also an amazing testament to Spyderco’s capabilities and what it calls CQI (constant quality improvement). While the Nirvana was something of a technical achievement, it had some flaws that the knife community (overly) focused on, like a thick edge and lots of lock stick.

The Paysan seems to address both those issues and the fact that Spyderco was willing to rework such a complex and expensive design shows the brand is always willing to push itself.

Rick Hinderer has been innovating and iterating on his in-house designs for a few years now, and this knife represents the boldest idea yet. You can disassemble the knife (in the field no less, the tool to do so is braced between the stand-offs and hides in the spine of the knife) and switch between three different kinds of pivots: a bearing pivot, a phosphor bronze washer, and a nylon washer.

Nick Shabazz, a YouTuber (and cohost of my podcast “Gear Geeks Live”) who makes videos on how to disassemble and maintain knives, lit a fire under people and empowered them to get under the hood on their knives.

This knife taps into that trend. The pivot swap tech, while probably not essential, is interesting. But the real stroke of genius here is a knife that can be taken apart using only tools found on the knife. CRKT’s Field Strip allows for tool-less disassembly, but the difference in quality between a Hinderer and a CRKT is huge.

And just in case you’re wondering, bearing pivots are smooth but don’t handle gunk and dirt well. Nylon washers aren’t as smooth but ignore grit that binds bearing pivots. And phosphor bronze washers are somewhere in the middle. This was a very good selection.

Th Crab is a knife-based multitool. It has a couple of driver bits that snap into the handle, a few blades, and the bit holder. I have never heard of this company, and the design looks quite gimmicky. Maybe this becomes the 21st-century Swiss Army knife, or maybe everyone forgets about it by the Fourth of July. My bet is the latter.

The Caligo is a collaboration between CRKT and the freelance knife designer TJ Schwarz. Schwarz skyrocketed into the limelight a few years ago with his collab with Koenig Knives, the Zenaida. That knife was the first production knife that could be disassembled without tools and had a screwless design!

Since then, Schwarz has made knives with Millit and this knife with CRKT. The knife itself is a liner lock flipper with typical overseas materials — G10 handle and 8Cr13MoV steel. The real prize here is, of course, the Schwarz design. It’s clean and minimal, with a new look and classic features like a drop-point blade shape.

CRKT is always in the running for this award. And though the Caligo was debuted at SHOT, this is a very good selection.

This award is basically traded back and forth between a handful of companies like Protech and William Henry. Apparently, this year Protech had the seat when the music stopped.

That’s not to say this isn’t a worthy choice, it’s just not an award I think most knife knuts care about. If you’re really into investment-grade knives, you probably buy custom art knives. That said, Protech has always produced very high-quality knives, even at the much cheaper end of its line.

This knife features engraving and precious materials. It also looks quite striking and probably is a one-off handmade item. But again, investors typically buy investments or, if they are Russian oil oligarchs, whatever piece of pure genius Michael Walker has made in recent years. 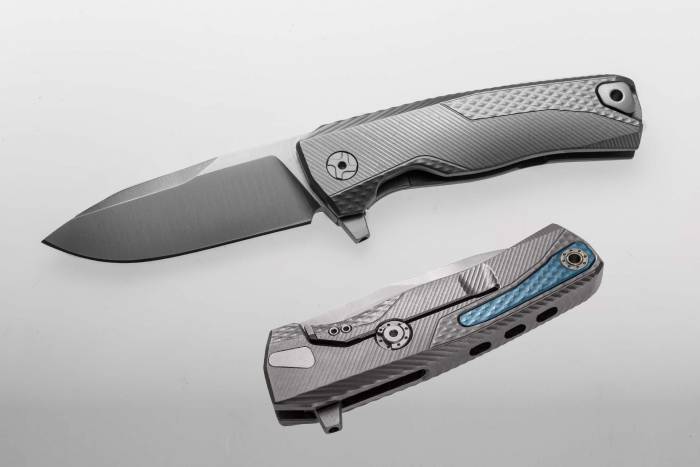 Basically, this is the fit and finish award. Over the past decade-and-a-half, only two companies have won it: Chris Reeve Knives and LionSteel. Because of that, the award has become a bit meaningless. I think there are a lot of companies doing excellent work.

Millit could easily win this award. Unlike LionSteel, which makes gee-whiz designs that never capture people’s attention, Millit has just as much machining skill and makes inspiring designs. For what it is, this selection is fine. But until LionSteel decides to quit making gimmicks, I’m not sure how much people will care. 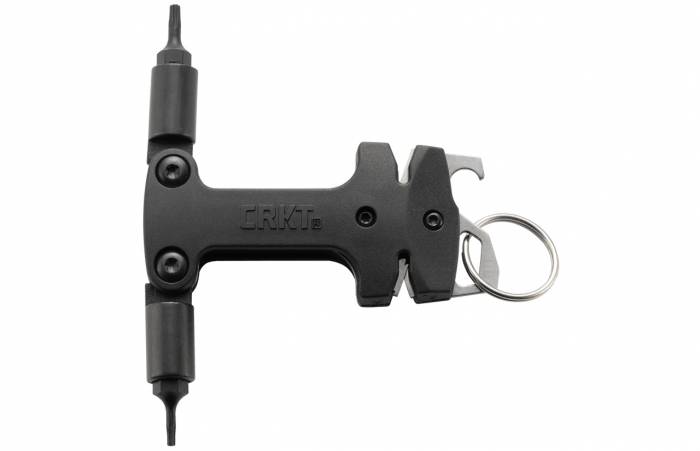 These last few awards aren’t all that high profile, but this little gem deserved the recognition. I really like the features here with the two Torx drivers and the hone. Those alone are worth the tiny price. Just buy one and throw it in your bag.

Collaboration of the Year: Bob Terzuola, Lucas Burnley, and MKM

This collab has big names, but the knives haven’t been released to the public yet, so it’s hard to say what the fruit of this relationship will be.

Burnley is the absolute hottest name in knives right now, so I think the chances of success are high. Oh, and that Terzuola guy basically started the modern folder market. So yeah, bets are this will work.

Like a few other awards, this is basically traded around among a small handful of folks. I have no idea if this is a good selection because my kitchen skills end with “pour milk into cereal.”

Up Next: Review: Spear-Tipped ESEE Camp-Lore PR4 Is Pure Purpose