The annual SHOT Show in Las Vegas is chock full of knives and tools. Our contributors scoured the floor to find some of the coolest offerings from big brands for 2018. 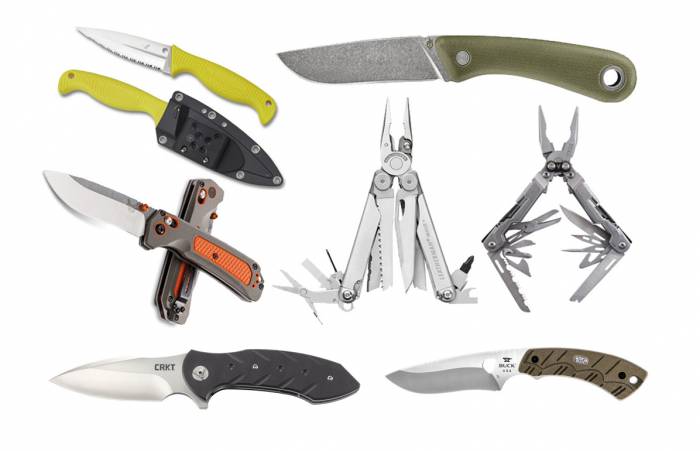 The floors of SHOT Show gave a glance at the newest renditions of forged steel knives and multitools hitting the market in 2018. The team walked marathons on multiple floors by the thousands of booths to get the scoop.

The options below are a selection of knives and tools that are hunting, fishing, and/or adventure oriented. We scoured our favorite brands and lesser-known specialty designers for this year’s selection.

Buck Knives has a longstanding tradition in the hunting realm. Following its creation in 1963, the Buck 110 Folding Hunter Knife has become one of the most recognizable blades in the world. And the American-made knife company shows no sign of slowing down.

Lots of utility, an reasonable price, and just the right amount of imperfections make the Selkirk an ideal novice knife. Read more…

Gerber’s latest hunting and camping knife gets high marks for value. The Spine has a full-tang, 7CrMoV steel blade wrapped in a textured rubberized handle. Camping, bushwacking, kindling gathering, and caping an animal are all within reach of the sub-$40 Spine.

The Gerber StrongArm gives a lot of bang for the buck. At 9.8" this knife cuts, chops, slices and dices for military, tactical and survival experiences. Here's our review. Read more…

The included glass-filled nylon sheath has a deep carry design. This fits extremely well when wearing a backpack with waist straps. A protruded component of the sheath makes one-handed blade removal a breeze and clicks back in, snapping into place. The Spine comes in Cyan and Sage color options.

Spyderco jumped the gun, it seems, when it released its 2018 catalog in early December 2017. There were a few stars there – the FRN Chaparral, which is suddenly available, and the Spyderco Bowie. It was a solid showing, but nothing mind blowing.

A unique handle material, super thin grind, and great steel combine to make the Spyderco Chaparral one of the best EDC knives on the market, and it can be found at a reasonable price. Read more…

Then SHOT came, and we found out Spyderco held a lot more in reserve. The two standouts were the sequel to the great Spyderco Techno, the Techno 2, and the collaboration with Smock Knives to produce a Spyderco version of the SK23 custom. For those who don’t know, Kevin Smock is a very solid designer. And this knife shows off all of his best ideas.

This is one of the simplest yet most innovative designs in years, and Spyderco got Smock first. 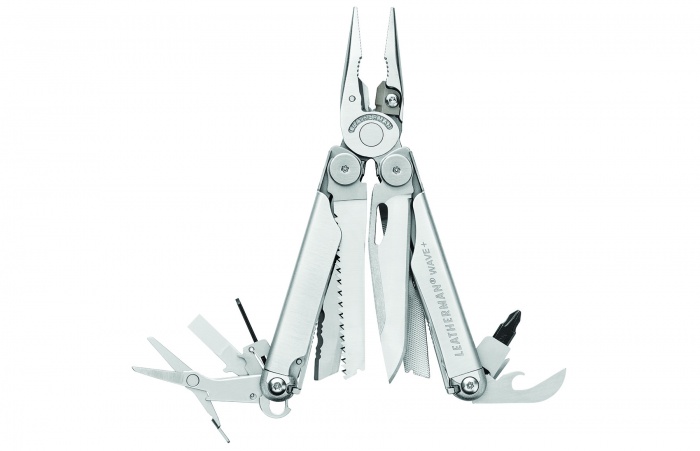 Leatherman’s best-selling tool gets an update. After 10 million units sold for use out in the field cutting trees, trimming beards, and popping bottle caps, the Wave+ receives a facelift customers have been asking for.

Ken Jones survived two avalanches, a broken pelvis, and shattered femur while mountaineering in Transylvania. He credits his survival partially on a Leatherman multitool. Read more…

Plus, the upgrade includes a set of newly designed pliers that includes removable and replaceable wire cutters. The popular multitool will sit inside a new sheath. Say goodbye to Velcro closures and embrace the new heavy-duty metal snap. 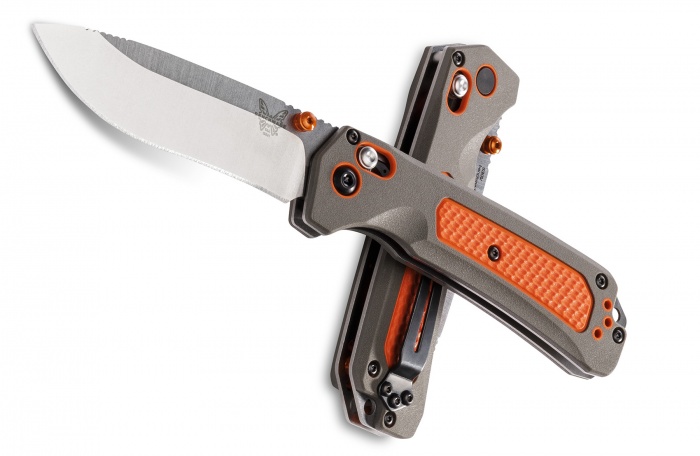 Four years ago, Benchmade introduced a hunting line. The initial line included the Grizzly Creek. A classic wood handle and gut hook were the staples of the Creek, but the new Ridge moves slightly away.

Can a non-locking knife hold up against the rigors of modern use? In testing, the Proper 318 proved itself a rugged and ready worker. Read more…

DNA of the previous model lives within the new Grizzly Ridge with an upgrade to the blade and handle. The caping blade design replaces the hook, and an orange, rubberized section fills the handle. The rubber sticks tight, even when brush in the backcountry continuously tries to pull it out of your pocket. 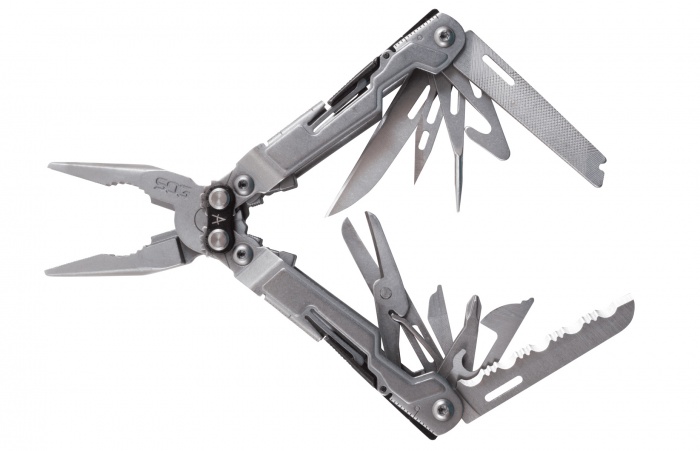 The PowerPint from SOG is a pint-sized multitool with 18 different tool options. But this lightweight punches above its 4.2-ounce weight. 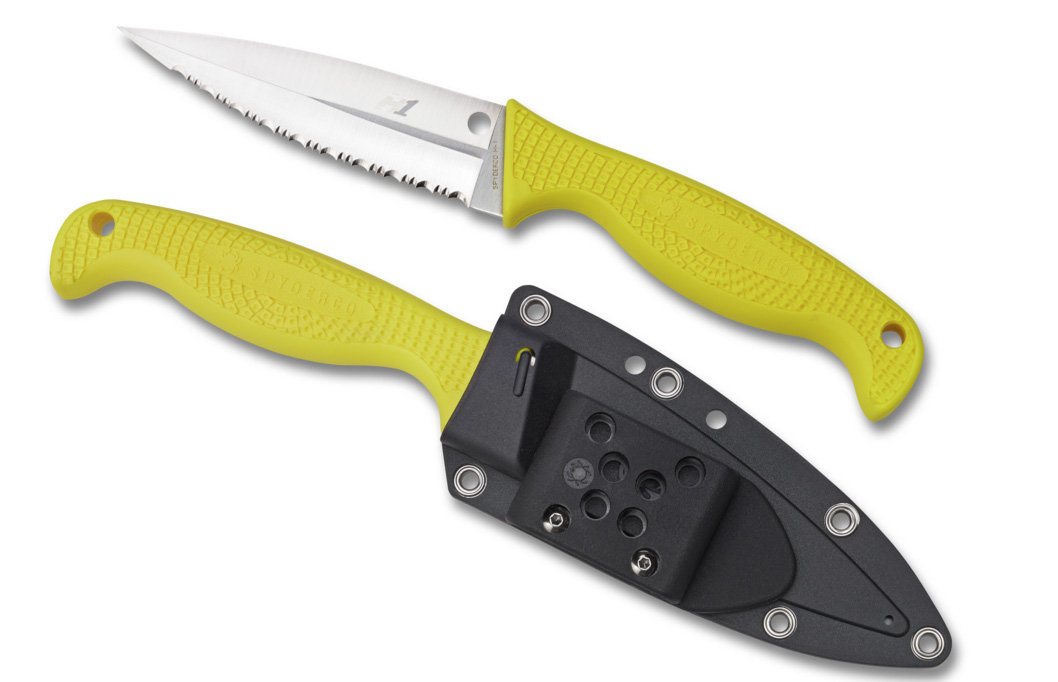 This knife is designed for adventurous souls who hold their breath and swim underwater to chase fish. The Fish Hunter is a rustproof fixed-blade option from the Golden, Colo., company that builds for spearfishers. Dispatching shot fish and cutting your way out of an underwater entanglement are likely uses for this saltwater blade.

The Spyderco Schempp Rock is a wild looking survival knife that works exceptionally well in the field. Read more…

The 9.24-inch length (total) holds a sharp point and a symmetrical, hollow ground blade with a serrated edge on the opposite side. Fiberglass-reinforced nylon construction with bi-texturing pattern completes the handle for underwater usage. The snap-fit polymer sheath keeps the knife in place against your side.

Eric Ochs signed his first production deal and has two knives in the CRKT lineup. The best is the Terrestrial, a good rendition of the Ochs style in 8Cr13MoV steel.

Its reverse curved handle and wharncliffe blade is a modern version of the river boat gambler favorite. Read more…

The 3.355-inch blade opens on an IKBS Ball Bearing Pivot System for smooth action. While tactically inspired, the 7.688-inch overall tool weighs in at just 4.3 ounces for reasonable everyday carry.

Cold Steel bet the farm last year on a new deployment design, the Hollow Thumb Ramp. It didn’t take off despite being not bad at all. So this year the brand switched to a secondary blade lock.

High-end knife maker Cold Steel released the budget-minded Finn Hawk. So we put it to the test against the value standard, the Mora Companion. Read more…

The Bush Ranger looks good, and Cold Steel released a budget version of the knife as well. There is a large flipper, something uncommon in the Cold Steel line, called the Luzon (the large version sports a 5-inch blade). The Storm Cloud, a premium design, also looks good. Unfortunately, there are a lot of plastic pocket clips and, for the first time, some 8Cr13MoV blades.