Looking for a good folding knife on a budget? Look no further than the Buck Rival II.

Buck Knives’ 110 is probably the most iconic folder and maybe even the most iconic knife ever produced. Its heavily clipped blade, dual bolsters, and lockback make it instantly recognizable.

For a lot of people, the 110 is the epitome of a folding knife. It’s so ingrained in people’s collective unconscious that folding knives are often simply called “Buck knives.”

However, the 110 is a massive blade that lacks some of the conveniences essential to being a modern folder. It doesn’t open with one hand and it lacks a pocket clip. 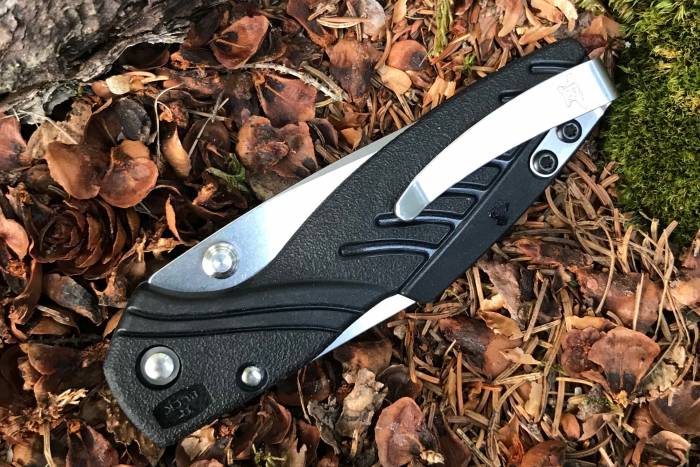 But the Buck Rival — the Rival II ($20 Blade HQ, $22 on Amazon) in particular — is one of the best inexpensive knives on the market. And it’s something of the polar opposite of the 110. It’s small, lightweight, and has a clip. Give the thumb stud a flick to open it with one hand.

The Rival still has the best of all Buck features — its proprietary 420HC steel. 420HC is an older, usually lesser-grade steel. But thanks to a secret heat treatment protocol developed by Buck associate Paul Bos, Buck’s 420HC performs like a midrange steel with a budget price tag.

One of the knife world’s best backyard testers, Pete from Cedric & Ada Gear and Outdoors, found that Buck’s 420HC performed like the much more expensive Japanese steel VG-10 than it did budget steels like those from the chromium family. His testing matches my experience with the steel. 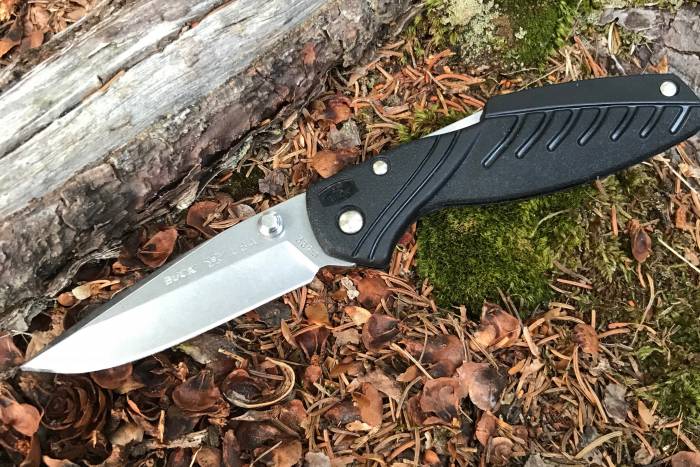 The result is a 15- to 20-dollar knife that performs like a 40- to 60-dollar knife. The steel is good, and the ergonomics are decent as well. The Rival II is just the right size for EDC use  — 2.75-inch blade and a roughly 2-ounce weight. It has a deep-carry, over-the-top pocket clip. And its FRN handle has a very comfortable and prominent index notch.

Of course, it’s still a lockback. That, coupled with the dual thumb stud deployment, makes it lefty friendly. (Though it’s not a full lefty knife, as the clip can’t be switched to the other side). 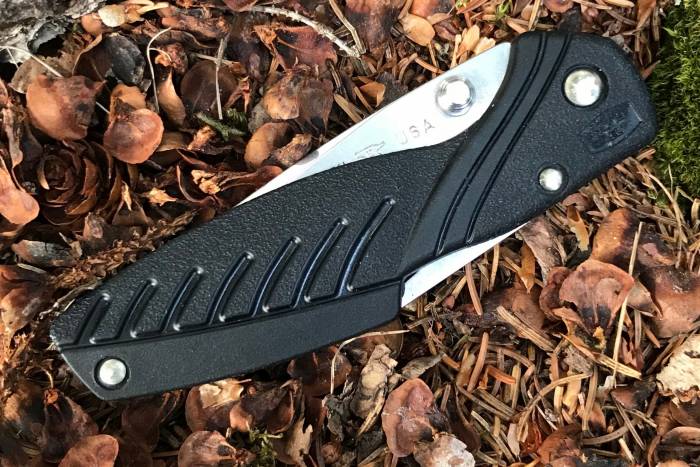 The Rival II is one of the better budget knives out there with a slim profile and a lot of clever design touches. It also happens to sport some incredibly underrated steel. This one is a no-brainer: Buy it. You’ll spend more on coffee in a week than this knife costs.

Up Next: My Favorite Knife Right Now? The ESEE Camp-Lore JG3