KAI’s Kershaw and Zero Tolerance made a somewhat lackluster showing at SHOT Show, but with a couple of bright upgrades to its evergreen product line.

KAI (Kershaw and ZT’s parent company) is to knives what Toyota and Lexus are to cars — two distinct brands with two distinct product lines. Like Toyota itself, the Kershaw brand has a huge number of designs made with a budget in mind.

Over the years, however, the Kershaw line has become pretty boring with one black-handled 8CR13MoV knife after another. Many Kershaw knives last a year or two and then fade away. Some of the evergreen designs get new colors and better steels, but most Kershaw stuff is pretty forgettable.

ZT, like Lexus, commands higher prices and has a smaller stable of designs. This year, ZT is showing off only one new design, and it’s somewhat iterative. ZT tends to drop new designs throughout the year, so a single showing at SHOT is not indicative of what it will release in 2020. That said, let’s look at what KAI brought.

The Dividend and the Link are two perennial designs, and both get upgrades in 2020. The Link gets a new handle color and a blade of 20CV steel. With an MSRP of $130, it’s a very good value.

The Dividend (pictured above) gets an even more exotic blade — sintered N690 (on the spine) and CPM D2 (on the edge). The Natrix line and the Leek both get copper handles.

Unfortunately, all of these knives but the Natrix still sport assisted-opening designs, which adds unnecessary complexity in the age of budget knives with precision-tuned detents.

Other upgraded evergreen models include more Emerson knife designs with D2 and the Bareknuckle with a new color and a blackwash blade. 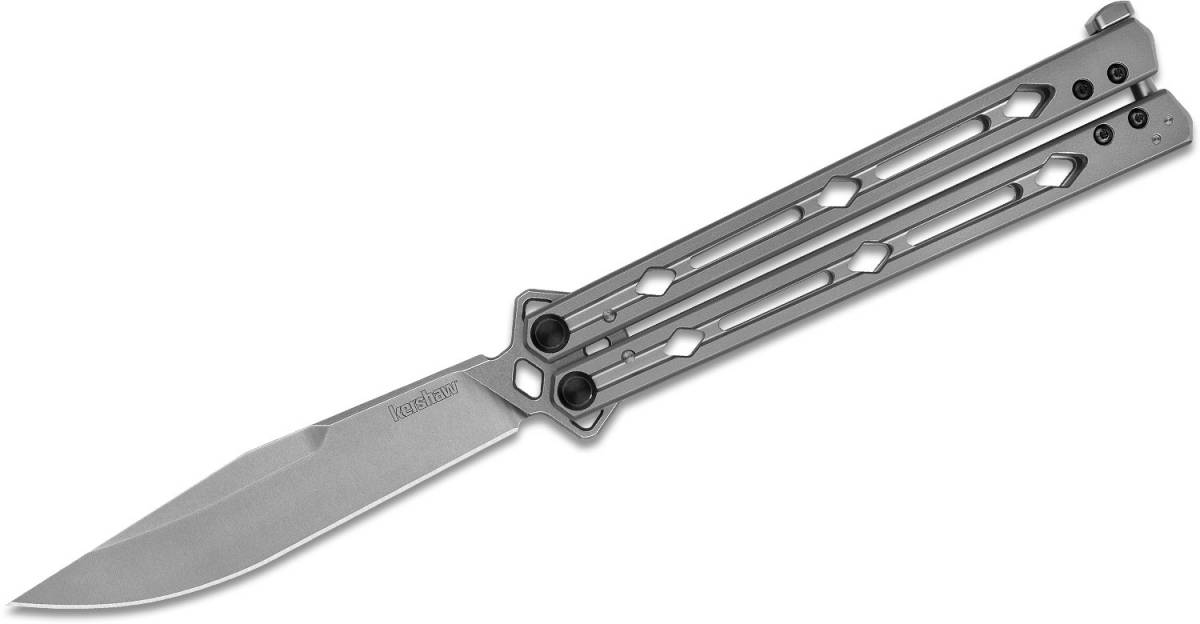 Kershaw has long had a line of decent autos (with a new dagger-ish knife add this year, the Launch 12), but 2020 marks the brand’s first value-oriented balisong (aka butterfly knife). The balisong, called the Lucha, has a blade of 14C28N — which was originally a Kershaw-exclusive steel produced by Sandvik — and bearings for smooth flipping.

Balis are notoriously hard to make because the balance of the handles, blade, and pivots must be perfect for flipping or the knife won’t appeal to balisong fans. Most balisongs are produced by companies with long histories of making balis, so it’s interesting to see a new bali from a company that makes just about every kind of knife.

At $120, the Lucha is one of the more expensive Kershaw-branded knives in the past 10 years (the Ruby, an anniversary knife, was $300 and the last truly pricey Kershaw).

Looking like the ZT 0609 and the ZT 0350 had a baby, the 0308 returns ZT to its roots with a massively large 3.75-inch blade of 20CV steel and a pocket-busting weight of 6.9 ounces. The knife runs on a bearing pivot and opens via a flipper.

There are two curious points to the design. First, the pivot is designed to be opened with a half-inch wrench. I am not sure why KAI wouldn’t just opt for a Torx bit, but field stripping capacity is always good.

Second, they specifically advertise that the knife is compatible with aftermarket clips. The past 2 years have seen a boom in aftermarket clips from folks like Casey Lynch and Ripp’s Garage Tech. Having a knife designed with that in mind is new.

There are a huge number of focus group-named knives like the Camshaft, the Airlock, and the Payout. But they all follow the same forgettable formula — look cool, run black handle materials, sport 8Cr steel, and fade from memory seconds after you see them.

Some of these knives in the past have been pretty good, like the Matt Diskin collab called the Strobe and the G10 Cryo, but mostly these are lineup fillers. Kershaw is one of the last, if not the last, major production companies to use 8Cr and have multiple new assisted knives.

The era of those blades is over. Even the Chinese companies producing knives for Kershaw no longer use these things. The evergreen updates are fine if you’re a fan of those blades. But if you’re looking for something truly new, only the Lucha stands out.

Grade: B-; Good updates to evergreen models, but lots of forgettable stuff.

Instabuy: Hmm … nothing really, as I’m not a bali fan.

Up Next: CRKT Knives Launching in 2020: Future Blades