This peek into the knife world isn’t so much a recommendation on what to buy (because you will never see a Tilt for sale) but it’s an exploration of the outer limits of design possibility. 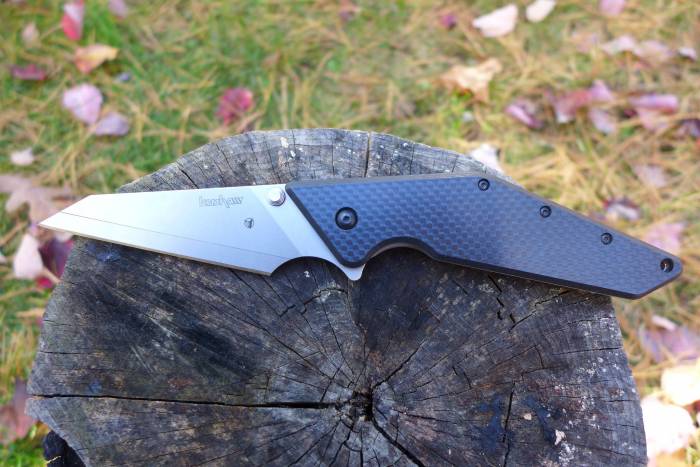 In every possible way the Tilt pushes the envelope. It is striking at first glance, and uses a high-nitrogen stainless steel called Udderholm Vanax 75 as the cutting edge for the first time. It also works in remarkable elements like caged bearings and a “frame limiter” that won’t let the knife be over-extended – and it weighs just 4.8 ounces.

Even now, years after its release in 2010, it does things beyond any other knife, even with the arms race in production.

But it’s not just the cool or the high-tech that make the Tilt great, it is the fact that like all truly revolutionary things, it always seems new. The Kershaw Tilt is avant-garde cutlery.

A ‘Blank Check’ To Innovation

Over the past few years, KAI USA, the parent company of both Kershaw and Zero Tolerance, has done well during the “awards season.” It won Blade of the Year many times in the last decade at the annual Blade Show knife convention.

Before it put a lot of its technical prowess into ZT, KAI USA made a few really high-end Kershaws (the Speedform and the Volt are the other two; these three knives were later joined in this select group by the Ruby, which is one of the ugliest things humanity has made).

The idea was to basically give the design and manufacturing teams “blank checks” to innovate. This is what happens when you combine the “do anything” spirit of Bell Labs and high-octane knifemaking horsepower. 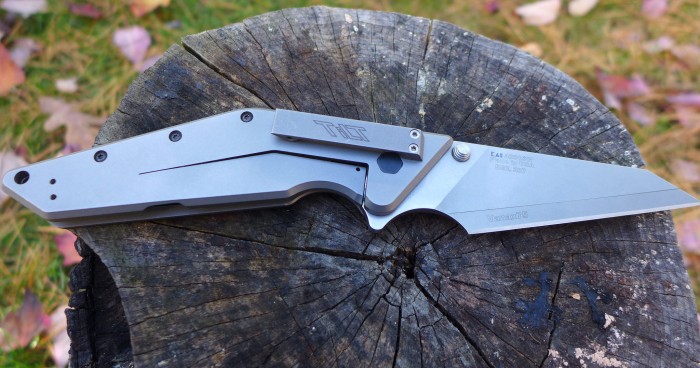 But even among this rarefied company, the Tilt is amazing. It was one of the first production knives to have caged bearings, allowing for a smooth pivot and virtually friction-free deployment.

It was also one of the first knives to have a three-dimensional, machined pocket clip. This is a framelock and its over-travel prevention mechanism was an angle-cut lockbar — an ingenious solution that added ZERO parts to the knife.

The blade was a composite — soft steel on the spine and hard steel on the cutting edge, all brazed together into one piece of steel. 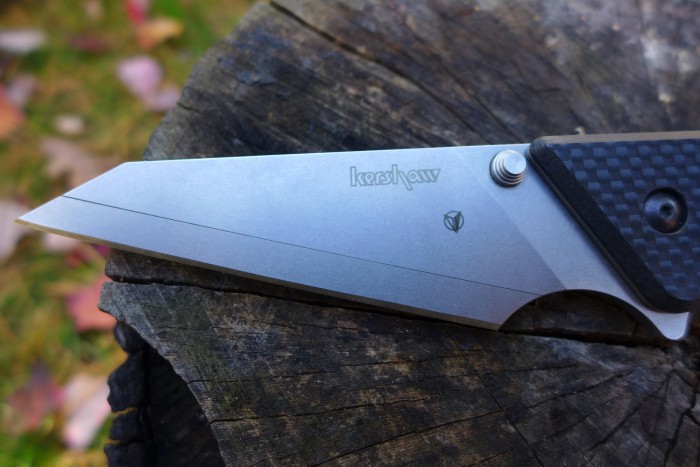 The handle was gleaming, high polish carbon fiber resulting in a knife that is huge but still under 5 ounces. In terms of materials and design, everything is just top shelf.

There is more, though. The Tilt’s angular look is striking, but more than good looks, it feels amazing in the hand. The flipping action is pretty much unmatched in any knife I have seen, custom or production.

The pivot is so smooth that it basically falls under its own weight. And for a great little Easter egg, the liners are milled out (not that big a deal) but the milling forms the word “TILT.” Only an astute owner will find this gem.

Unfortunately for us (and fortunately for collectors), the Tilt pushed the limits of what was possible, so much so that eventually the CNC machines and grinders all but went on strike.

There were two versions, the version I was loaned with the stainless steel handle and a blackout version with a coated blade. The total numbers on each are unknown, but the rumor is that there are fewer than 500 of each that made it out of the factory. They originally sold for $500 and were very late when finally delivered. Now they go for $800 or more. 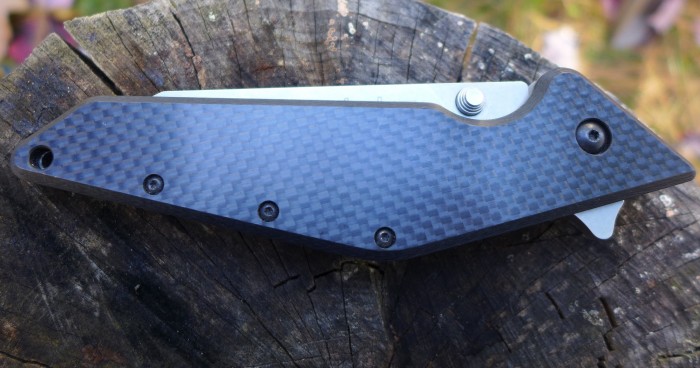