The aluminum from recycled Nespresso cups went into the body of this Swiss Army Knife. 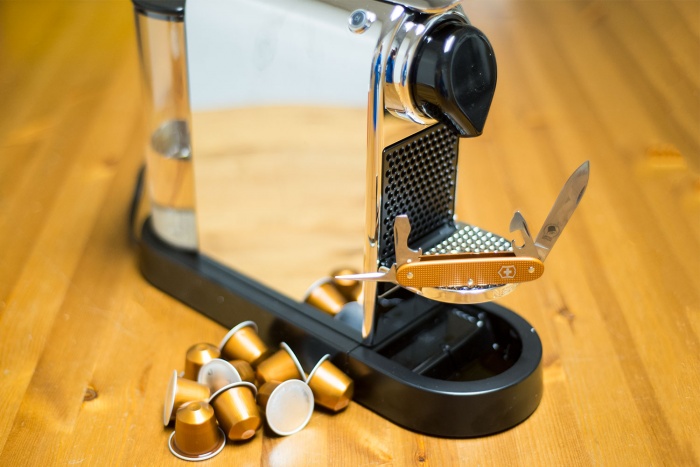 The Pioneer Nespresso multi-tool has seven functions and comes emblazoned with the Nespresso logo, touting each brand’s recycling and sustainability efforts.

Victorinox only made 750 knives, which launch June 5. The knife is colored after Nespresso‘s Livanto-flavored cup, 24 of which went into the 3.7 x 0.5-inch aluminum scales. 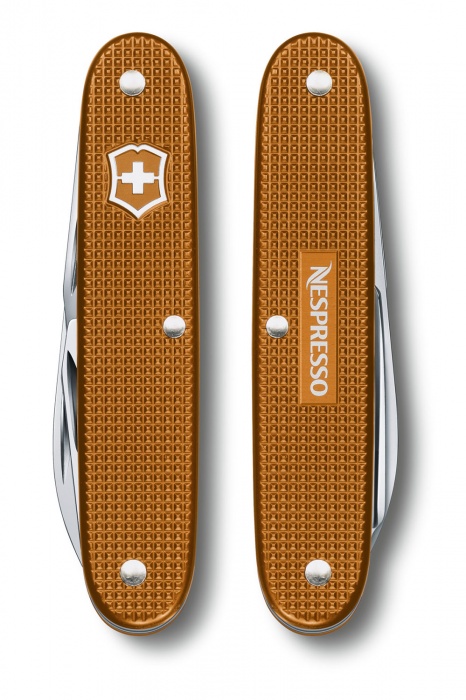 It retails for $55 and feels great in the hand. For those interested in the math, the entire campaign will recycle 18,000 coffee pods.

The recycled knife fits within each company’s environmental ethos.

Victorinox Swiss Army collects all of its scraps in knife production to make recycled knives. This translates to roughly 600 tons of metal used in its knives, or 25-percent of total knife production.

Among a host of other environmental efforts, Victorinox Swiss Army also takes the leftover heat from the knife-making process to heat the headquarters’ offices and 120 nearby apartments. Learn more about Swiss Army’s sustainability efforts here.

Also, Nespresso invests extensively in infrastructure for recycling its capsules. Each pod is entirely recyclable and can be turned in through free UPS bags, Nespresso Boutiques, and select drop-off locations. This video details Nespresso’s entire recycling process.

Be sure to check back on June 5th for the knife’s release. Those wanting a long-lasting multi-tool with an environmental message should consider the Pioneer Nespresso. 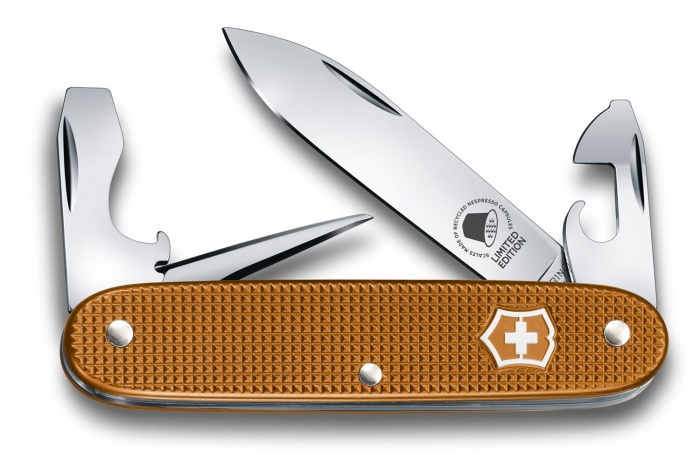 Up Next: Camp To Kitchen: Patagonia Provisions Becoming ‘Everyday Food’