The former ‘Dirty Jobs’ host and outspoken champion of blue-collar America went off on a recent fashion trend. 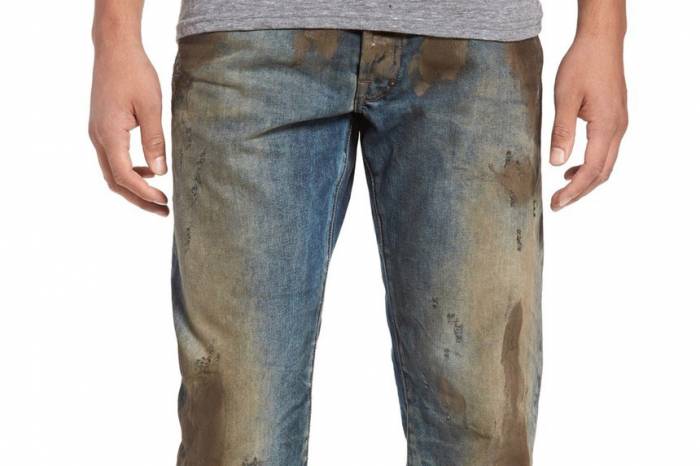 It’s a dirty job, but someone’s gotta do it — calling out overpriced, poorly made clothing that looks ridiculous, that is.

In this case, that someone is TV host and pro-elbow grease advocate Mike Rowe. And that ridiculous clothing is the Prps Barracuda straight-leg jeans. Don’t adjust your computer screen; these jeans really come from the store caked in dirt and grime.

The $425 jeans (not a typo) drew Rowe’s ire on his blog and social media accounts. In the tirade, Rowe blasted Nordstrom, which carries the jeans, for basically assailing one of America’s dearest values: Genuine hard work.

Rowe laid into Nordstrom for perpetuating “our country’s war on work.” Though he didn’t call out Prps by name, one would think (hope) it’s within Rowe’s blast radius.

The jeans are just one design among a collection of “distressed” fashions by Prps. Forget acid-washed jeans, this brand has clothes that range from unkempt to downright horrifying. The tattered holes in the “Upheaval” jeans look like a wolverine attacked the wearer.

The dried pool of red on the “Destroyed” pants conjures images of a botched appendectomy. 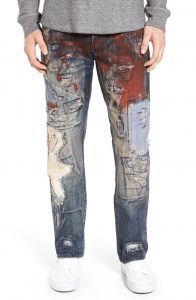 But Rowe did not merely criticize the clothing line’s aesthetic.

He seemed disturbed by the idea that hard work can be faked — and worse, that it should be.

“‘Rugged Americana’ is now synonymous with a ‘caked-on, muddy coating.’ Not real mud. Fake mud. Something to foster the illusion of work. The illusion of effort. Or perhaps, for those who actually buy them, the illusion of sanity.”

In this, I must agree with Mike. You can’t fake authenticity, nor do you need to. Get some cheap jeans, get outside, and play! Dirt is a badge of honor. And like all honor, one should earn it, not buy it from a department store.