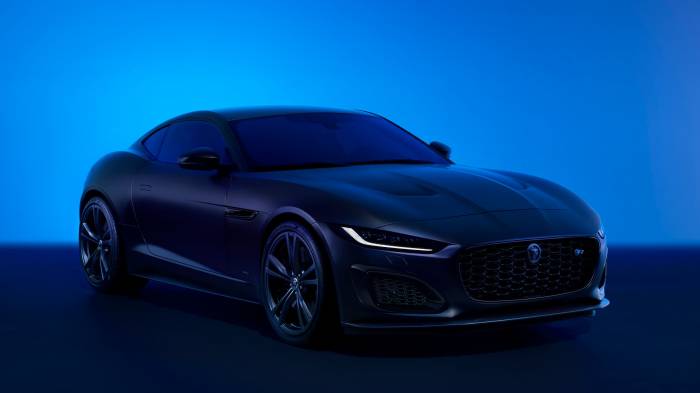 The 2024 Jaguar F-Type 75 Edition will commemorate a huge anniversary for Jaguar Sports Cars. But, because the automaker has plans to produce only electric cars from 2025 on, this is also the final year for the F-Type as we know it.

Jaguar is marking a happy event and a sad one. 2024 is the 75th anniversary of the brand selling sports cars, but it is also the final year for the Jaguar F-Type. Jaguar plans to sell only electrics from 2025, making 2024 the last model year for this gas-powered cat. Jag is sending off the sports car with a bang thanks to two 75 Edition specials and more standard equipment.

The first sports car to wear the Jaguar brand was the XK120. This two-seater was launched with a fixed or open-top roof and had an aluminum body on a wooden frame. For a while, at least.

Two hundred forty-two cars were built with a wooden frame to hold the bodywork before Jaguar switched to heavier but stronger steel. The 120 name referred to the car’s top speed. Able to hit 120 miles per hour, it was the fastest production car in the world at the time it launched in 1948.

The basic formula hasn’t changed since: a powerful engine under a long hood, striking bodywork, and the choice of a convertible or a coupe.

Today’s F-Type might not be able to claim any top speed records, but it offers performance that 1940s designers could only dream of. For 2024, Jag offers the F-Type with two versions of its supercharged 5.0L V8 engine, giving buyers a choice between lots of power or massive power.

Jaguar is making the 75 Edition package standard equipment with both engines, but only with all-wheel drive. If you want a rear-drive F-Type, your only option is the F-Type R-Dynamic model.

Every 2024 F-Type sold in America will get an eight-speed automatic transmission. They’ll also all come with a quad-pipe active exhaust system that will snap, crackle, and pop on the overrun. The system will allow you to pick a Quiet Start function, so you don’t wake up every neighbor on early mornings.

What makes the 2024 Jaguar F-Type 75 Edition special? It starts with the paint. Jaguar is offering a new Giola Green metallic paint color exclusive to the 75 Edition. You can still option your car in several colors, including Jag’s $10,450 “Ligurian Black SV Bespoke Ultra Metallic Paint Satin Finish.”

The 75 Edition cars will also wear special badging on the side sills as well as the treadplates on the center console. The badge is a subtle one, showing a simple outline of the car rather than gaudy “75” numbering or something like that.

Both the regular and R versions of the F-Type get an active rear differential. This electronic rear end can adjust lockup to make sure the car is being propelled forward at all times. The P450 uses that traction to hit 60 mph in 4.4 seconds from a stop. The F-Type R cuts a second from that figure.

Jaguar says that production of the cars will start this month, with first deliveries expected to begin in the spring. You can place your order now.

It won’t be long before we see the electric models that will soon replace the entire Jaguar lineup. The full transition from gas to electric is scheduled for the 2025 model year. 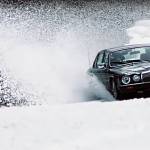 Watch: Downhill 'Skiing' With a Jaguar

Everybody loves a fish out of water. So how about a sports car on snow? Read more…