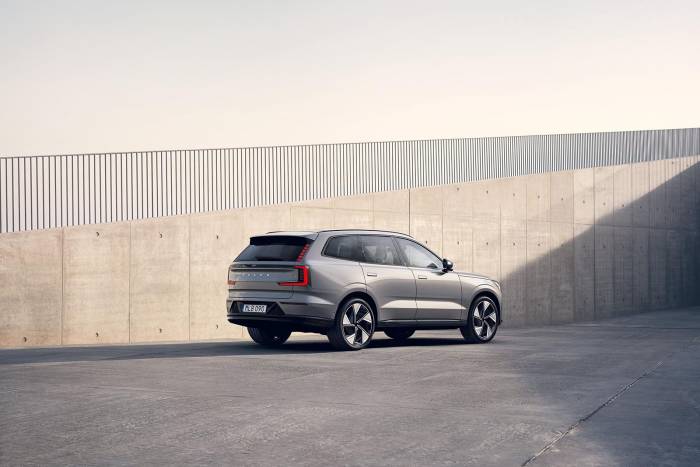 Volvo plans to convert its fleet entirely to battery power by 2030. While it has already launched a few all-electric models, including the C40 Recharge, no product will be more critical to this transition than the 2024 Volvo EX90.

As the Swedish automaker’s new flagship, the three-row SUV adopts a unique new platform. Eventually, an assortment of advanced technologies will be shared with other Volvo products as well.

GearJunkie flew to Stockholm for the debut of the all-new Volvo EX90 to get the lowdown from the source.

The new Volvo EX90 serves as something of a crystal ball, offering insight into the Swedish automaker’s plans to convert its entire lineup to battery power by 2030. But the seven-seater also introduces an array of new high-tech safety features that the Swedish automaker expects will sharply reduce the number of crashes, deaths, and serious injuries involving Volvo vehicles.

Though Volvo hasn’t confirmed when it will phase out its current flagship, the XC90 crossover, the EX90 will soon serve as its replacement. It will also set the stage for an assortment of additional battery-electric vehicles.

“The Volvo EX90 is a statement for where we are, and where we are going,” said Volvo Cars CEO Jim Rowan during the debut of the new model in Stockholm.

It’s designed, Rowan added, “to further raise our safety standards, the first Volvo car to be truly defined by its software and part of a wider ecosystem, connecting to your home and your other devices. The Volvo EX90 is the start of something new for Volvo Cars in many ways.”

Unlike some competing battery-electric SUVs, Volvo took a relatively conservative approach when designing the EX90. Motorists familiar with the current XC90 won’t be surprised, though it’s clearly been shaped to cut through the wind more smoothly. Aerodynamics plays a critical role in reducing drag which, in turn, improves range and performance.

The crossover features Volvo’s now-familiar “Hammer of Thor” headlight design, but the LED lamps frame a sealed grille. With the EX90’s motors and battery pack moved into the new, skateboard-style SPA2 platform, there’s no need to move air into the engine compartment.

The new model does, however, find room for a moderate-sized “frunk,” or front trunk, under the hood. A smaller grille under the bumper provides just enough air to keep the powertrain cool.

A gentle roll to the roofline gives the Volvo EX90 a sportier appearance, enhanced by the creases in its silhouette. Distinctive aerodynamic turbine-style wheels further reduce drag, the automaker noted. Robin Page, Volvo’s global design chief, also told us that the EX90 will have 20-, 21-, and 22-inch wheel options.

The EX90 will offered at launch in the U.S. with one all-electric powertrain, a top-spec performance model. It will have an all-wheel-drive package using twin motors, one on each axle. They will produce a combined 496 horsepower and 671 pound-feet of torque.

While not confirmed, we’ll also likely get a standard model, also with AWD, that will put out 408 horsepower — as the European market will be getting this model option at launch. It is also likely we’ll get a single motor base model in the not-too-distant future.

The initial performance model drivetrain will draw power from a 111kWh lithium-ion battery pack, which, the automaker estimates, should deliver about 300 miles of range. And the pack can go from a 10% to 80% state of charge in as little as 30 minutes using a high-speed public charger.

Volvo did not disclose charging times using a slower 240V home Level 2 system. But, based on the size of the pack and what comparable models require, that’s likely to take 8-10 hours for a fully drained pack.

The Volvo EX90 will offer bidirectional charging. Its pack can provide external power — perhaps for a TV at a tailgate party or a refrigerator while camping. In the event of a blackout, its useful power could still run household appliances.

A Scandinavian Take on High-Tech

In keeping with Volvo tradition, the EX90 makes extensive use of environmentally friendly materials. About 15% of its steel and 25% of its aluminum are recycled, as are 105 pounds of its plastic. That includes many of the parts and panels found in the crossover’s cabin. The interior of the EX90 will also be completely leather-free.

A new “illuminated wood” interior option should be stunning. And an all-glass roof should also improve headroom over Volvo’s current SUV/crossover offerings.

The interior sticks with Volvo’s traditionally subtle, Scandinavian approach to design — albeit with a more high-tech touch. A reconfigurable gauge cluster is visible through the steering wheel. A 14.5-inch, vertically oriented touchscreen dominates the instrument panel. The infotainment system now uses Google maps and apps. And the automaker claims the revised system will be both faster and more intuitive for motorists to use.

Google voice assistant is the infotainment control. While Alexa capability is not available now, Rowan told us that he will “continue to look at that” option. Of course, Apple CarPlay and Android Auto are standard.

Volvo’s in-house software team also worked closely with tech suppliers Qualcomm and NVIDIA to update the operating system for the touchscreen and other vehicle systems.

“You can also stream your favorite music through the new, reference-quality Bowers & Wilkins audio system featuring Dolby Atmos as a Volvo-first, plus headrest-integrated speakers for immersive sound,” the carmaker said in a news release.

A smartphone-style, over-the-air update system will allow Volvo to revise software (as needed) while introducing new vehicle features in the future. This is true even with vehicles that may be several years old. And the EX90 will become one of the first vehicles to use a 5G cellular system, which will significantly improve its operating speed whether updating a map or downloading new software.

According to Volvo, the vehicle’s smartphone-key feature can sense a driver approaching the vehicle up to about 30 feet away.

The 2024 Volvo EX90 will be one of the first vehicles to add LiDAR to its suite of five cameras, 16 radars, and eight ultrasonic sensors. This 3D laser system will look out as far as 800 feet ahead of the vehicle. This is equivalent to a 7.5-second lead time for a vehicle moving at 60 mph.

Combined with the rest of the sensor suite, it will provide “an invisible shield of safety,” Rowan said. Volvo expects this sensor suite to reduce serious accidents by at least 20%.

The automaker previously hinted that it’s working on a hands-free driving system, something that LiDAR can help support. But Volvo officials didn’t offer specific details at the EX90 launch.

The EX90 will keep an eye not only on the road (to help avoid crashes and minimize injuries) but also the driver. Two cameras focused on the motorist ensure they remain alert and capable. If the motorist becomes sleepy or even incapacitated, the system will sound an alert and then slow to a stop. If necessary, it would then call for emergency responders.

Also, there is a radar-sensing system in the cabin that monitors passengers. Apparently, it’s sensitive enough to detect a baby’s breathing under a blanket. This allows for not leaving kids or pets in the car unattended.

The automaker’s plant in Ridgeville, S.C., will assemble all versions of the 2024 Volvo EX90. Potential customers can now place reservations and will be asked to configure their vehicles by fall 2023. We can expect deliveries to begin in early 2024.

Final pricing will be released closer to the on-sale date. 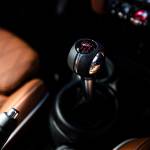 Mini knows the stick shift is a big part of driving fun. With the Mini Manual Driving School, it wants to help more people learn the joy of three pedals. Read more…