For 2022, the Honda Pioneer 1000 side-by-side gets a new transmission, more power, bigger wheels and, crucially, more and larger cupholders.

Drivability improvements are the highlight of the model year changes, but the Honda Pioneer 1000 has more in store to make your off-pavement experience more enjoyable for both work and play. Beyond those drivetrain upgrades, Honda has also reworked the trim levels of the side-by-side family.

Honda says the power bump will be felt across the entire rev band of the 999cc twin. The changes come from a new throttle body and tweaks to the valve timing setup and merit a larger cooling fan to handle the extra heat.

The added power should be most noticeable in the midrange and at the top end of the tachometer, Honda says. Thanks to a Unitronic cylinder head design borrowed from Honda’s motocross bikes, the liquid-cooled engine is more compact but still delivers plenty of punch.

It also says the Pioneer 1000’s new gearbox has smoother shifts and reduced shock during gear changes. Both should offer ride comfort and drivability improvements.

The Pioneer 700 midsize is mostly unchanged for the new year. 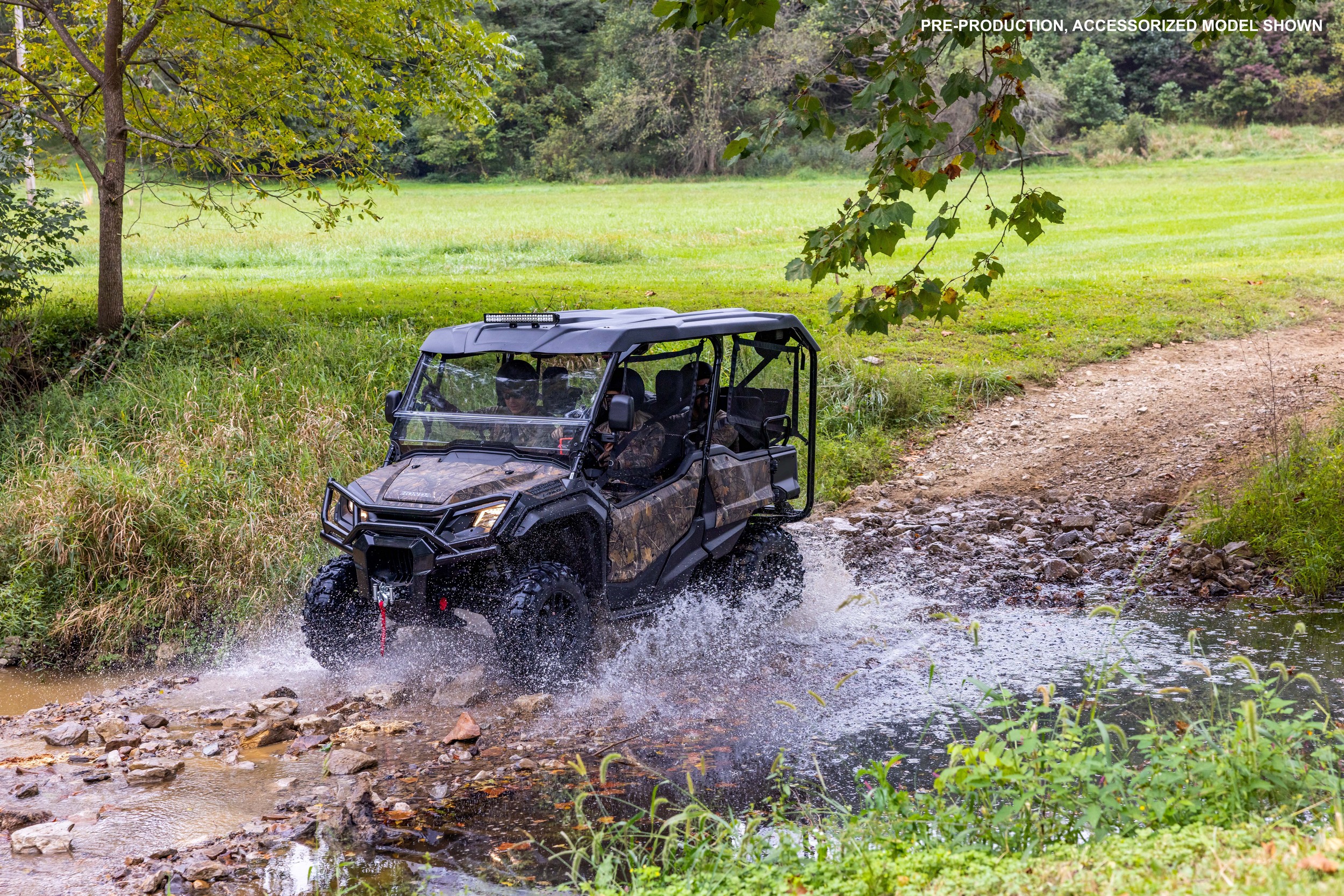 More power, improved cooling, and a revised transmission mean more capability, as well. Max towing for the UTVs is up 500 pounds from last year to 2,500 pounds for 2022.

Honda’s other changes won’t make you go faster, but they should help make your ride more enjoyable. Trail, Forest, and Deluxe models all get a bigger opening for the under-seat storage area. A new storage spot has been added under the dash with cargo nets to keep your gear in place.

Drink holders can now handle cups up to 30 ounces, so they can fit your Big Gulp or some seriously large insulated tumblers. Honda has added more drink holders, too, with all doors getting a space to help satisfy your trail hydration needs.

New window nets for the doors get a simplified mounting system, making them easier to remove and install and less complicated to use. A finer mesh for the nets should improve visibility to the side of your side-by while keeping you in place on trail.

Other changes include 14-inch wheels as standard instead of last year’s 12s, fitted with OTR Dirt Master tires. Honda has also updated the dashboard meter and added clutch and battery indicators. Finally, the 1000s have a new grille and fascia. 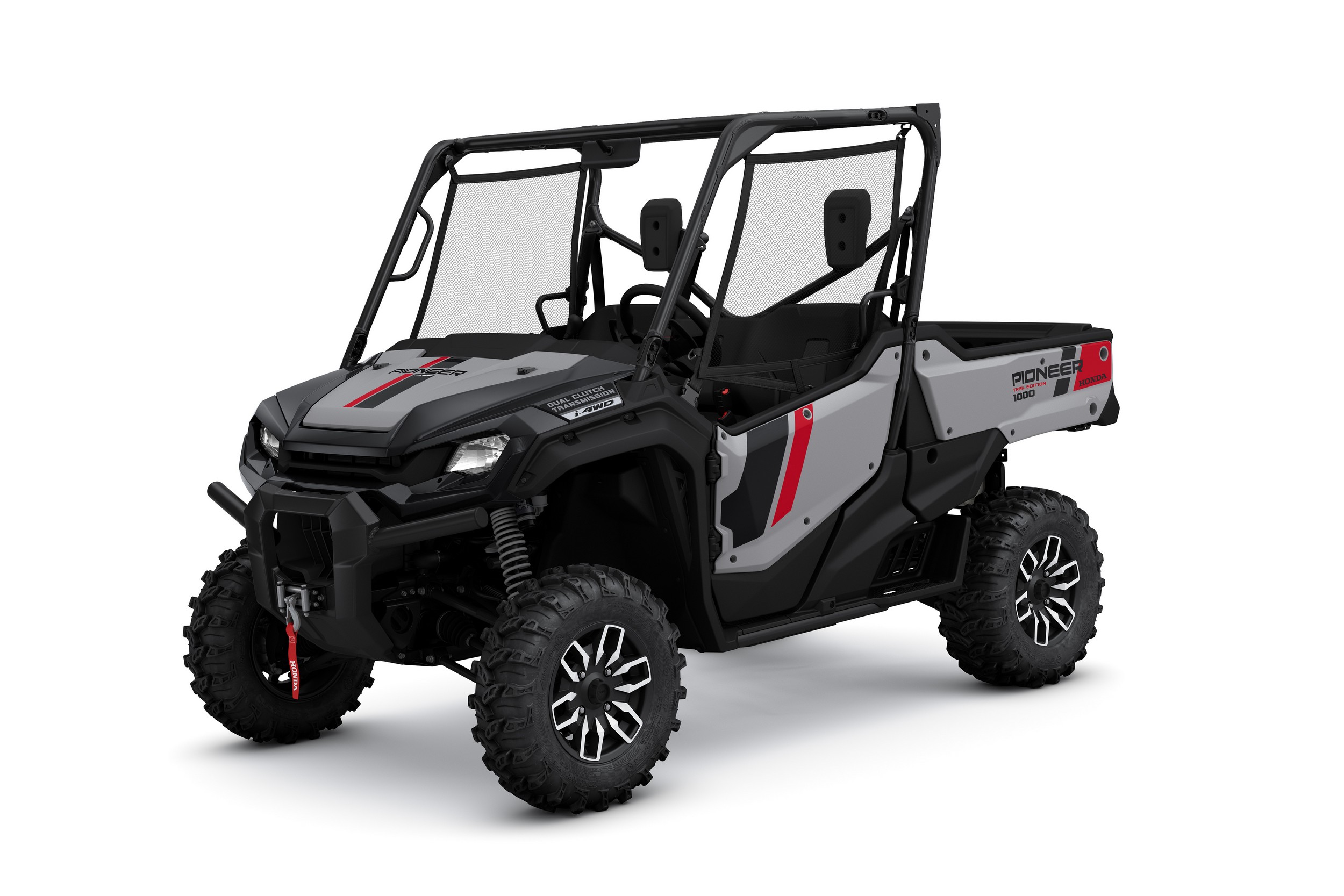 Honda has four offerings in the Pioneer 1000 lineup, starting with the Trail. On it, Fox Quick Switch shocks help handle flowing sections of two-track trails or remote exploring.

The Trail also gets a 4,500-pound capacity winch, rearview mirror, and an in-bed accessory plug for on-the-go power. The Pioneer 1000 Trail is offered in three- and five-seat versions from an MSRP of $20,099. 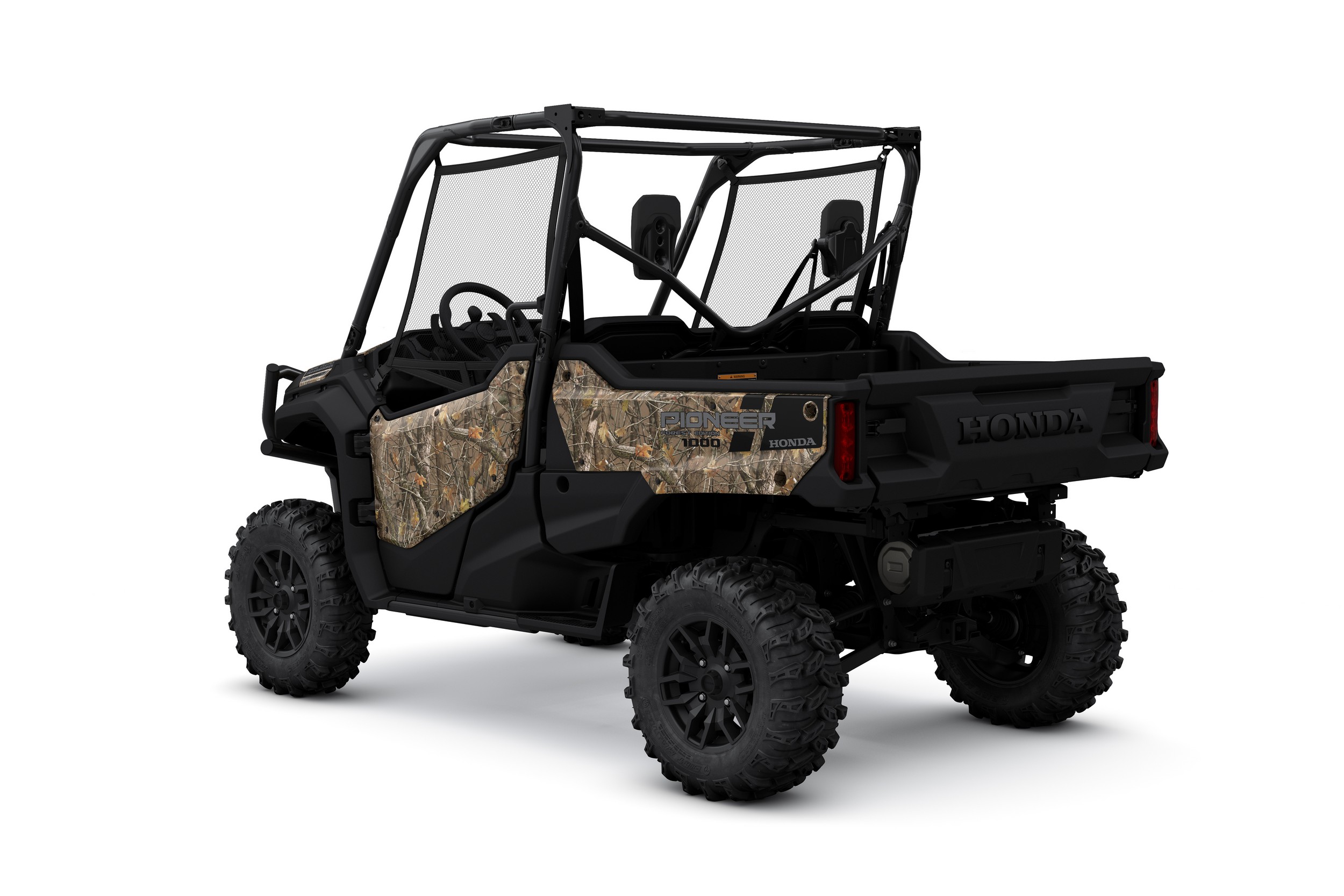 Honda targets the Pioneer 1000 Forest at hunters and riders needing to bring plenty of gear. On top of the high-capacity winch, the Forest has a self-leveling rear suspension and adds dual bed lights to help you find your gear in low light or in the dark. Honda has three- and five-seat versions, from an MSRP of $20,099. 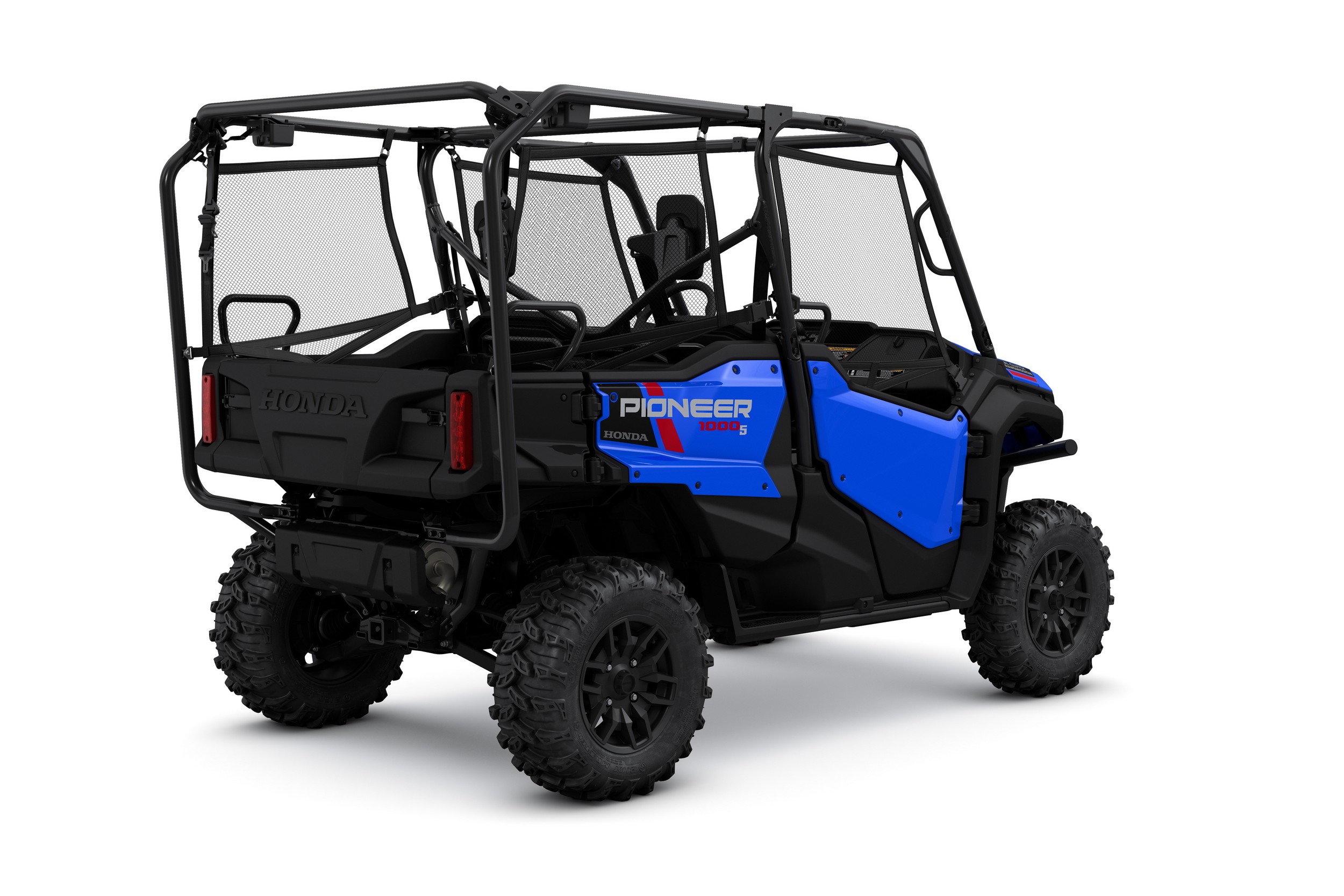 Honda’s Pioneer 1000 Deluxe model doesn’t get all of the high-end features of the Forest and Trail, but it does offer a more attractive price point.

The Deluxe gets KYB shocks with dual-rate front and triple-rate rear springs. The three-person model has adjustable preload shocks. And the five-person model gets a self-leveling rear suspension.

The entry-level 1000 is the Honda Pioneer 1000 EPS. It still has the new transmission, power upgrades, and other features of the rest of the line, but with fewer accessories. The model starts from an MSRP of $16,699.

On the smaller side, Honda offers the Pioneer 700 in base and Deluxe models, from an MSRP  of $11,099. Offered with two seats or four, this pair has a 675cc single-cylinder four-stroke engine. The Deluxe version lets the driver switch between automatic and manual shifting for convenience or control.

The Honda Pioneer 1000 and 700 will be available starting in April.

With its new TrailSport trim, Honda follows a well-worn path charted by most other SUV and light truck manufacturers. Read more…

Up Next: How to Choose the Right Winch for Your 4WD

Saving…
How to Choose the Right Winch for Your 4WD
Eletre EV SUV: Yes, a Lotus With 4WD and Off-Road Mode
×