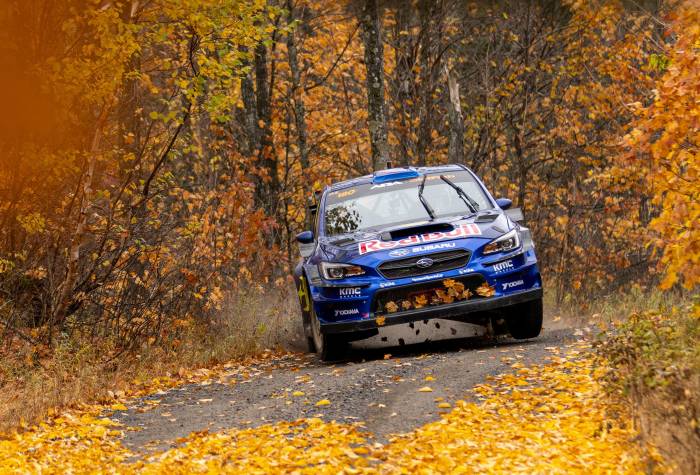 The 2022 ARA championship came down to the wire at the Lake Superior Performance Rally. Semenuk and Williams battled neck and neck with Ken Block and his co-driver, Alex Gelsomino, in their Hoonigan Racing Hyundai i20 WRX.

Block came into the season’s last event with a slight points advantage. He took an early lead in the Lake Superior rally, winning three of the opening stages and taking a 10-second lead early on.

On a dark and slippery Stage 7, Block and Gelsomino got caught up by a slippery right-hander. They went off course and struck a tree, taking enough damage that the Hyundai WRC car couldn’t carry on.

I’m just speechless right now, can’t believe we got the championship! Our goal was to keep pace with Ken and keep the pressure on since we felt like we had an advantage in the conditions this weekend, and knew we needed the rally win to take home the title. It’s an incredible feeling, and the team has done such a great job to develop the car and keep us in the fight this year so we could have the opportunity to get this done.

Block had won four out of the first five rally events of the year. The Hoonigan team’s Hyundai was a World Rally Championship car that had been given special permission to run in the ARA. Subaru and Vermont SportsCar, the team in charge of Semenuk’s car, struck back with setup and aero changes midseason. The changes helped bring the WRX STI back into contention and made possible the last-event showdown in Michigan.

This is only Semenuk’s second season racing with Subaru full-time. Teammate and 2021 champ Travis Pastrana spent part of the season recovering from a fractured pelvis. That gave Semenuk room to shine. Semenuk took wins at 100 Acre Wood and Olympus during Pastrana’s recovery, on his way to winning four of the year’s nine events. 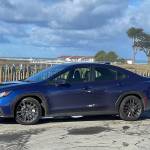 We took the 2022 Subaru WRX for a drive and found that it is a street-legal, affordable, AWD, manual-transmission rally car that also doubles as a practical daily driver. Read more…