Long reluctant to get into the electric vehicle market, Subaru is finally ready to launch its first long-range EV, thanks to a partnership with Toyota.

The new Subaru Solterra isn’t scheduled to make its public debut until next week at the LA Auto Show. But in a surprise move, the Japanese automaker offered a sneak peek from Tokyo via the internet.

The Solterra is the work of a collaboration between Subaru and Japanese auto giant Toyota, the two previously allying on the development of twin sports cars, the Subaru BRZ and Toyota 86. 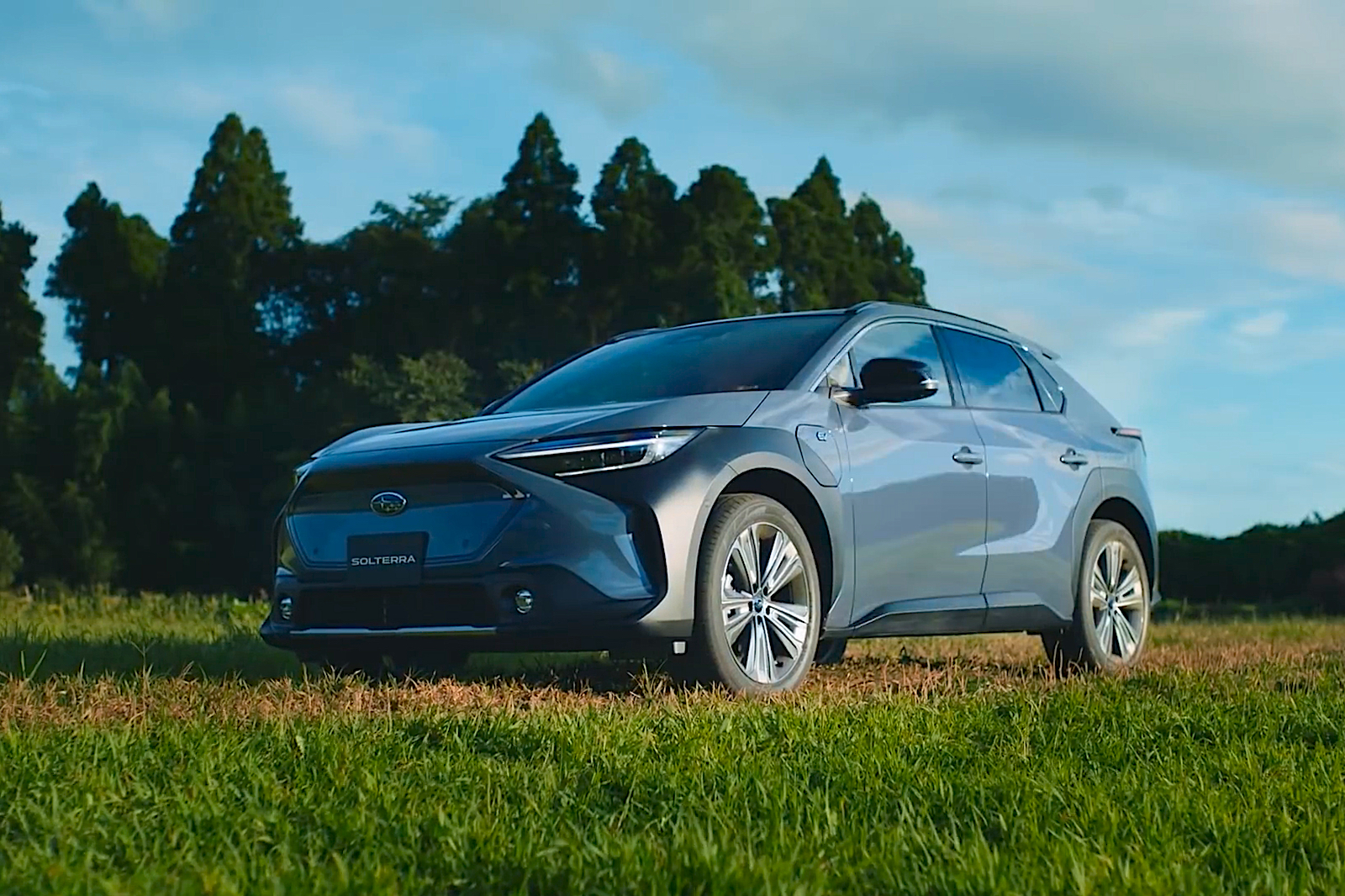 In line with Subaru’s increasing emphasis on off-roading, its new battery-powered SUV will feature an electrified version of the X-Mode system found on conventionally powered products like the new Forester Wilderness. While owners aren’t likely to take Solterra rock crawling, Subaru claims the system will help the electric SUV handle moderate off-road conditions.

Unlike other products equipped with X-Mode, Solterra won’t have a driveshaft connecting its axles. The all-wheel-drive version of the new crossover will feature separate motors on the front and rear axles. Torque can be shifted simply by altering the current to each of those power modules.

Subaru also plans to offer a single-motor, front-wheel-drive version of Solterra. That version will yield an estimated 530 kilometers, or 329 miles, per charge.

The AWD version, meanwhile, should deliver 460 km, or 286 miles. Those estimates rely on the global WLTP test cycle. By comparison, EPA numbers for the U.S. typically run at least 20% lower.

One notable feature for Solterra is the heat pump system meant to reduce energy losses during cold weather, the automaker said. 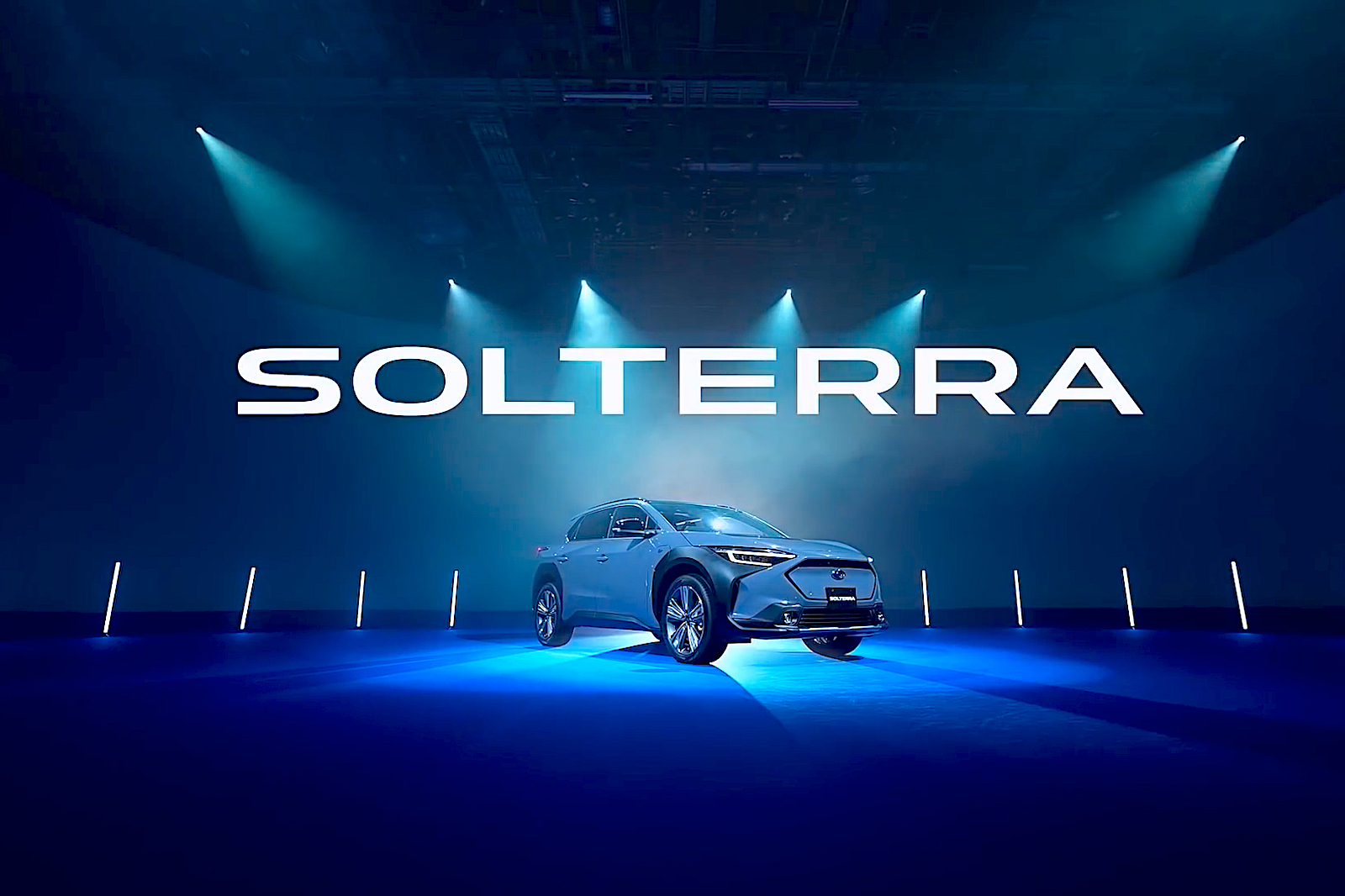 Both versions of Solterra will rely on a 71.4-kilowatt-hour lithium-ion battery. While full charging details won’t be released until next week, Subaru indicated a motorist with a drained battery will get an 80% recharge after 30 minutes using one of the new 150-kilowatt public chargers.

As with the Subaru BRZ and Toyota 86, Solterra won’t look much different from the Toyota bZ4X, the bigger automaker’s own long-range BEV.

Both crossover electric vehicles share the same underlying skateboard-like platform, with batteries and motors mounted below the load floor. The approach yields a lower center of gravity — good for handling. It also opens up space where an engine compartment would normally go.

Visually, the Solterra’s most distinctive exterior design details are the hexagon grille and C-shaped taillights. But for being a half-inch narrower than the bZ4X, they basically share the same exterior dimensions.

Inside, the Subaru has a clean, high-tech look. With no center tunnel, designers created additional storage space, and there’s more interior room, especially in the back seat, than the SUV’s footprint might suggest.

There is one key difference from the bZ4X. The Subaru model does not adopt the same yoke-like steering “wheel” as its Toyota counterpart — though it does also rely on the same steer-by-wire system.

Solterra helps form “the cornerstone of Subaru’s future BEV” program, officials said from Japan. And that refers to more than the underlying technology. 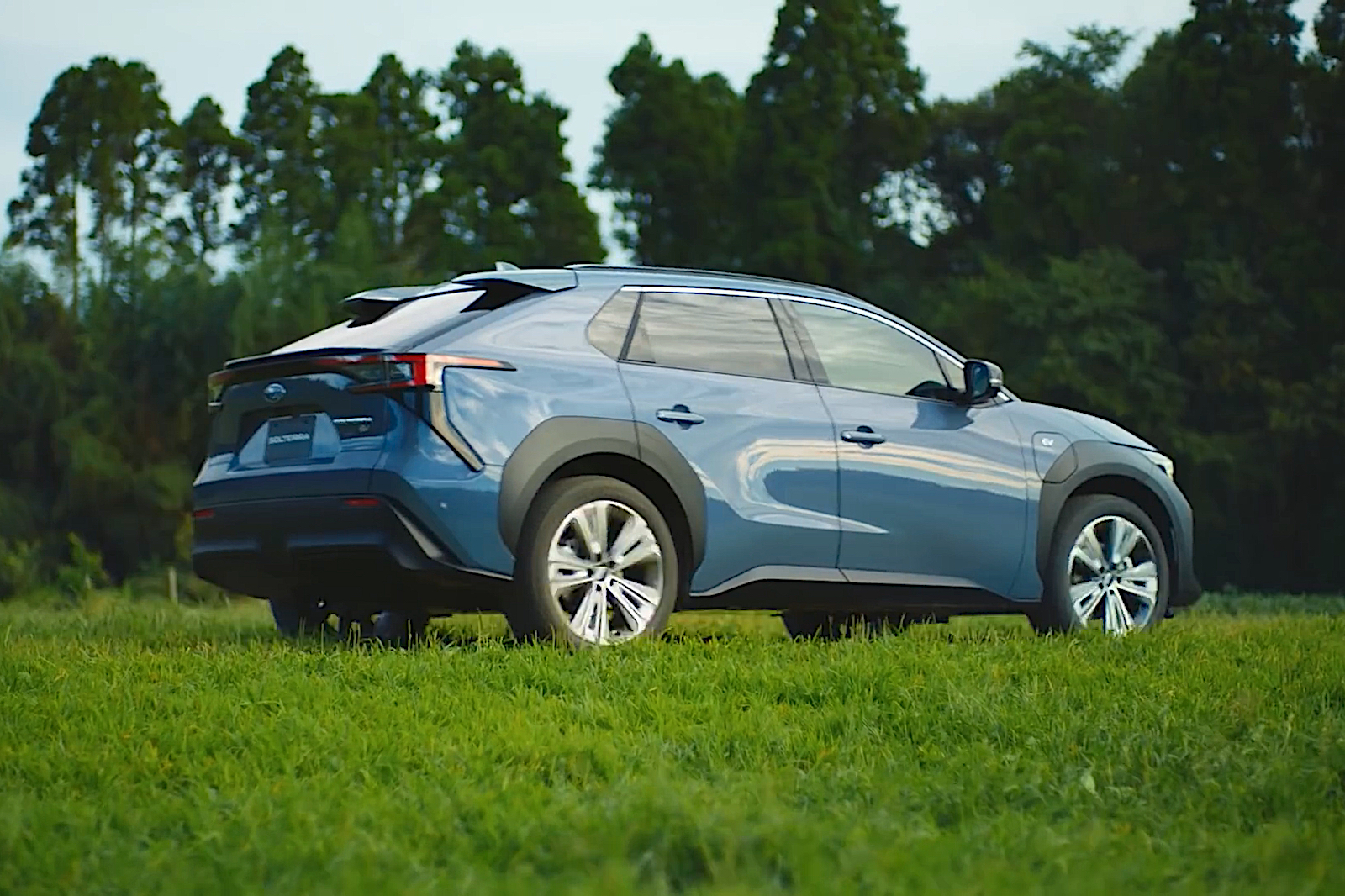 “The EV market is not mature yet, so we will respond to it by deepening our cooperation with Toyota,” Nakamura said in Tokyo. The industry giant, incidentally, is Subaru’s single largest shareholder.

How many more BEVs Subaru plans to offer is unclear, but Toyota has promised 13 by 2025, half under the new BZ (Beyond Zero) brand.

Expect to see the Subaru Solterra in U.S. showrooms by mid-2022.

Up Next: DIY: Upgrade Your Van Life With a Lithium Battery