The Chevy Colorado ZR2 was designed to excel off the pavement. A beefed-up truck, it comes from the factory ready for dirt and double-track. 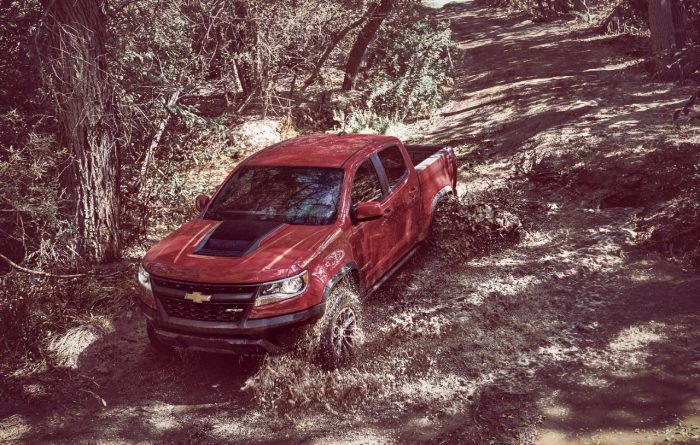 U.S. Consumers have limited options in mid-size, off-road-focused pickups. Soon, they’ll have one more. Chevrolet announced the Colorado ZR2 this week. It comes to market in spring 2017.

The truck will compete with the Toyota Tacoma TRD Pro, one of the few off-road, midsize pickups on the U.S. market. 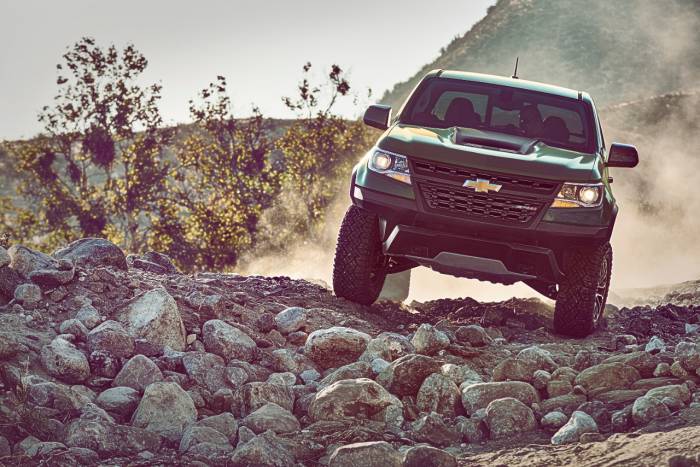 It “excels in tight two-tracks, technical rock-crawling, fast desert running and on pavement,” Chevy notes in a press release.

The current Chevy Colorado family hit the U.S. market in late 2014 for the 2015 model year. The ZR2 is a performance variant that wears a taller suspension and wider track compared with its Colorado brethren. 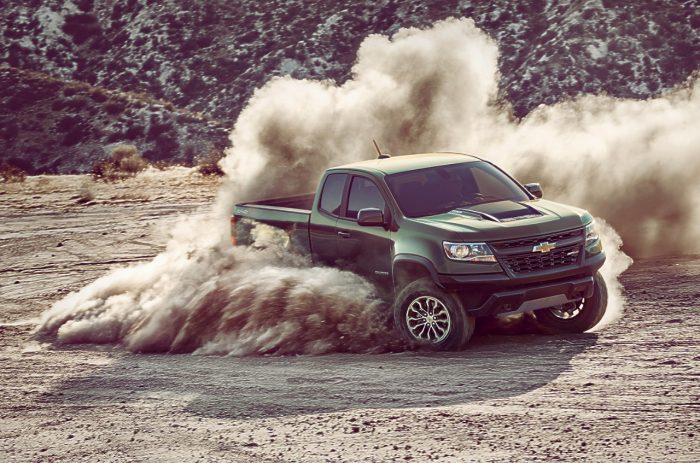 Two flavors share powertrains with the 2017 Colorado. It will be the only “extreme” production off-road truck to offer the choice of gas or diesel engines, Chevy noted. 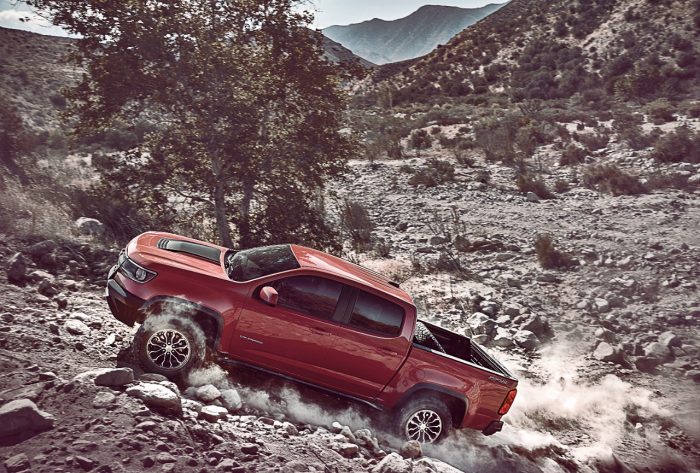 No MPG ratings are yet available, but the 2016 Colorado Diesel runs an impressive 31 MPG. If the ZR2 can get close, it’ll be a fairly economical and green off-road truck.

Compared to full-size off-road trucks, the ZR2 is about a foot narrower and 500 pounds lighter, enabling greater agility over obstacles and better trail access.

Like the Toyota Tacoma TRD Pro, the Colorado ZR2 comes off the shelf ready for serious off-road work. 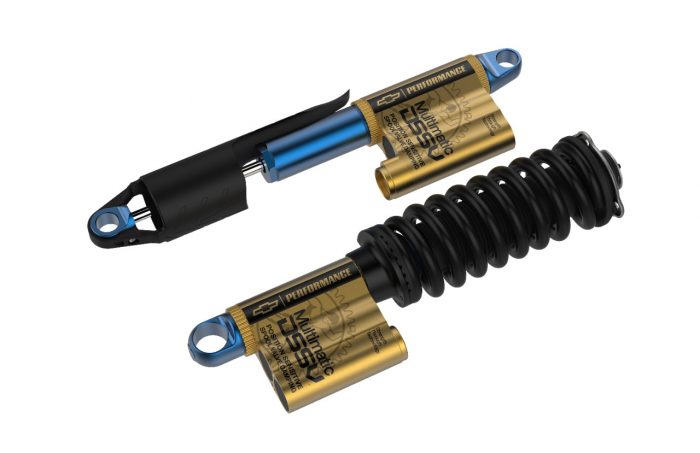 The DSSVTM technology was first used by Chevy in the Z/28 Camero in 2016. It employs spool valves for increased ride and handling performance both on- and off-road.

The Most Badass Hydrogen-Powered Pickup Yet

The newly unveiled Colorado ZH2 Fuel Cell pickup is built for the military but made for the wild. Read more…

During off-road use, a piston-mounted spool valve delivers additional compression damping. The front dampers also employ a separate rebound valve, which comes into play when the suspension approaches full extension. 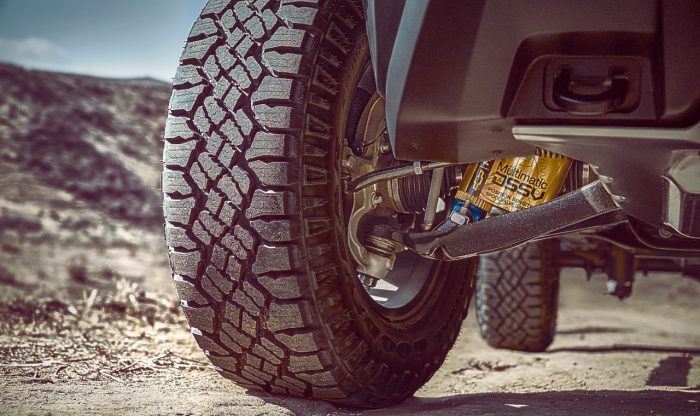 “For the driver, this translates to greater confidence and control in a wider range of driving experiences,” said Mark Dickens at Chevy.

The ZR2 is lifted two inches higher compared with the brand’s current rugged offering, the Z71. This gives it 10.3″ of clearance, more than a Jeep Rubicon.

This means a wide variety of drive options with changes easily made on the fly.

The front bumper of the ZR2 has tapered ends to increase tire clearance when approaching obstacles. The bumper integrates an aluminum skid plate protecting the radiator and engine oil pan. An additional shield protects the transfer case. 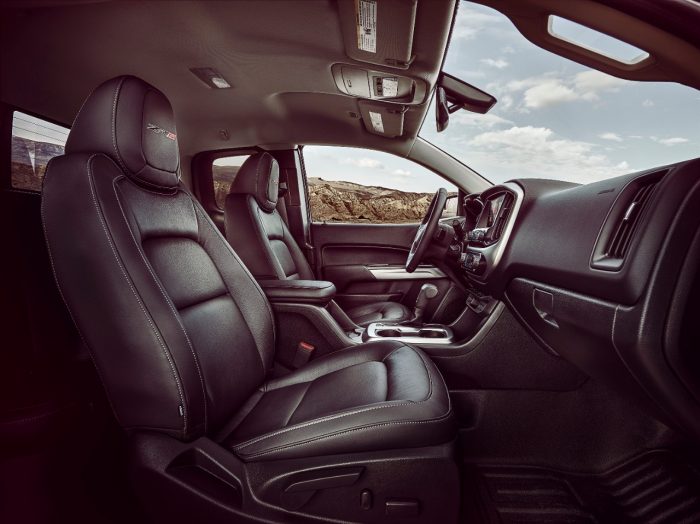 A bed-mounted spare tire carrier will be available as an accessory. By relocating the spare to the bed, ZR2’s departure angle is improved and prevents damage to the spare when crawling over obstacles.

Chevy has not yet released prices for the ZR2. The current top-line Z71 runs a bit under $40,000. We expect the ZR2 to hit a similar, if slightly higher, price point. It arrives at dealerships in spring 2017.

Up Next: Rallies & Rendezvous: Great Intros For New Overlanders