Harley-Davidson is showing off two new electric bike concepts at the Consumer Electronics Show in Las Vegas. Besides its new city and mountain toys, it is now taking orders for the 2020 Harley-Davidson LiveWire all-electric motorcycle.

At CES 2019, it’s not only showing off a production-ready LiveWire motorcycle but also two new electric concept bikes. These bikes hint at what the future direction of Harley-Davidson is likely to look like. Harley is for sure looking to attract a younger and more active audience.

Harley designed these new electric bike concepts to attract a younger, more urban audience to the brand. The brand also designed them to be super easy to ride, with no clutch, no shifting, and no license required.

They both look to be packed with style and function. Both utilize belt drives instead of chains and sport removable battery packs you can carry with one hand. 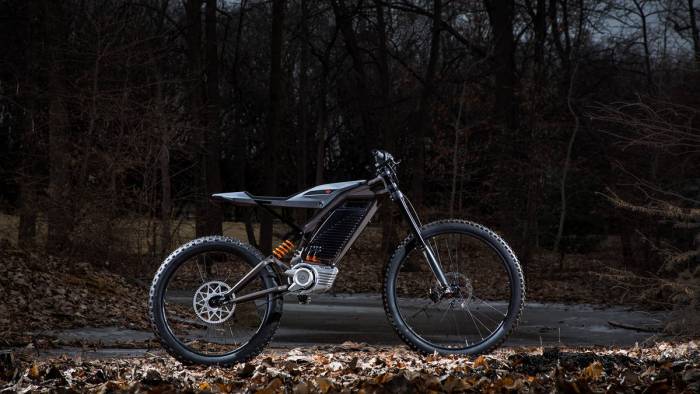 The most surprising of the two concepts unveiled at CES is this all-electric mountain bike. It looks like a cross between a fatbike and a moped, with motorcycle styling. It is rare you’ll see Harleys off-road, so this concept is quite the reach for the company.

While we’ve all seen small electric scooters of similar shape, this one for sure has some high-end styling details. Our favorites are the drop-down, chopper-style rearview mirror and the LED headlight that surrounds the frame-mounted, head-tube HD logo. 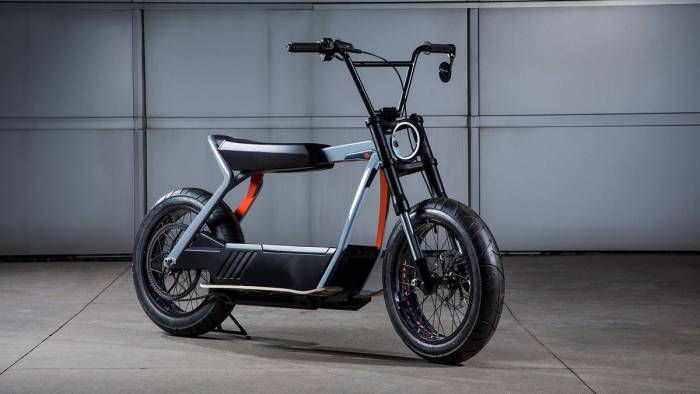 Harley said that the bikes “are built with routine and the rad in mind.” We get the routine urban commuter utility of both concepts. But we’re not so sure using the word “rad” in a press release in 2019 shows that Harley understands the younger demographic it’s so eagerly going after.

America's iconic, throaty motorcycle has its eyes on a younger, more adventurous demographic. And that begins with a proper off-road bike. Read more…

Both of these electric concept bikes are part of Harley-Davidson’s More Roads vision for the future. Harley committed to “new products in additional motorcycle segments, broader access, and to strengthen its dealer network.” These new concepts show Harley’s focus on becoming a leader in electrified mobility and inspiring first-time riders with new ways to ride.

After over 115 years of loud, petrol-powered, two-wheeled machines, Harley-Davidson will finally bring to market its first all-electric production motorcycle in 2019.

The 2020 model year LiveWire motorcycle will hit the market in August of 2019. Harley is now accepting preorders for this $29,799 (starting price) all-electric motorcycle. The bike has no clutch, no gears, a 110-mile range, and can go from 0-60 mph in a speedy 3.5 seconds. Just grab the throttle and goooooo!

“Our vision for the future is all-encompassing,” said Matt Levatich, Harley-Davidson’s president and CEO. “For all ages, from urban professional to exurban retiree, and from commute-minded to thrillseeking, we are creating the products and opportunities for existing and aspiring riders to feel the transformative power of the two-wheeled riding experience.”

Up Next: Killer of Camping Father Charged With Murder, Numerous Park Area Shootings