Foreign markets and militaries around the globe have been driving diesel Jeep Wranglers for decades now, but we’ve been left out here in the USA — until now. The 3L V6 EcoDiesel Wrangler hits dealer lots late this year.

The new Wrangler motor and eight-speed transmission are the same ones found in the new 2020 RAM 1500 EcoDiesel, which we recently test drove. The RAM EcoDiesel trucks should hit dealer lots around the same time as the new EcoDiesel Wranglers: “late this year,” we’ve been told.

Two big things to note with the Jeep Wrangler EcoDiesel: it will only be available on the four-door Wrangler models and only with an automatic transmission. That means those who like nimble two-door Wranglers and to row their own gears won’t be feeling the diesel love. 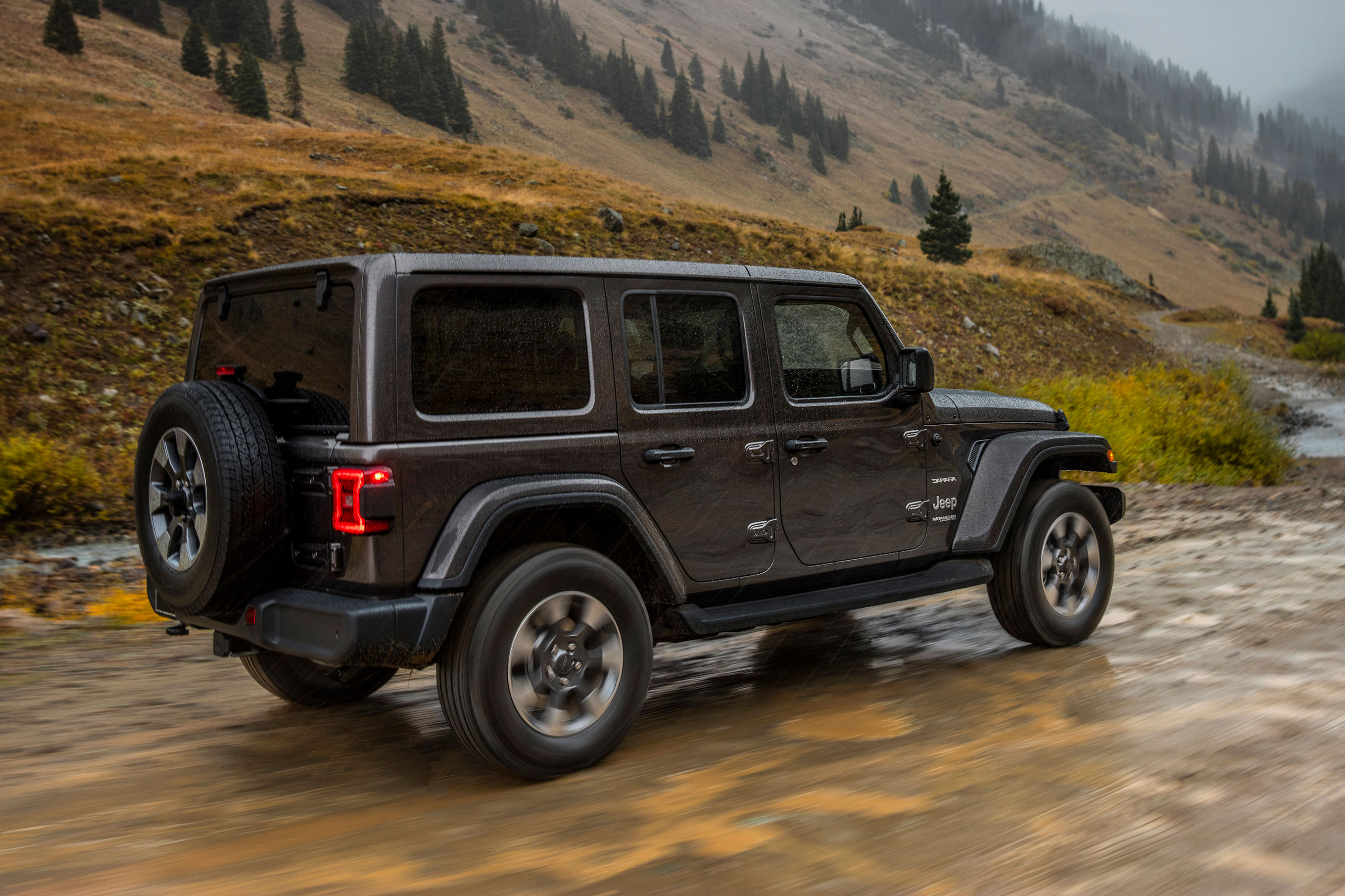 Plus, its 260 horsepower is very similar to the other Wrangler engine options (270 horsepower with 2L I4 and 285 horsepower with 3.6L V6). There won’t be much of a downside to the diesel in this regard, which is a good thing when you consider that it’s usually an issue on other vehicles.

Jeep still hasn’t announced towing, pricing, and fuel economy numbers for the Wrangler EcoDiesel. We should know all of this soon, as it won’t be that long before they hit dealer lots.

A V6 Wrangler can be optioned to tow up to 3,500 pounds. Since the RAM 1500 towing capacity went up a massive 2,560 pounds (about 20 percent) with the EcoDiesel option, we expect to see the Wrangler go up significantly as well. A 20-percent increase on the Wrangler would net you 4,200-pound towing capacity.

In the RAM, diesel is a $4,995 option. We’d guess it might come in a little cheaper on the Wrangler, but not by much.

Fuel economy hasn’t been announced for the RAM 1500 EcoDiesel either, but we saw around 25 mpg average during our time in the truck. The best current fuel economy in the Wrangler is from the turbocharged 2L I4 gas motor, with a 21mpg combined rating. We’d guess the EcoDiesel in the Wrangler will do considerably better than that.

Also, remember that Jeep has already said the new EcoDiesel will come in the Gladiator sometime next year. We’re hopeful that it will also be available in the RAM ProMaster sometime soon too — because van life!

It’s doubtful you’ll recognize the difference if you see a Wrangler EcoDiesel drive by. From spy photos, the only exterior difference is a small “3.0 D” badge on the tailgate. The new motor is also very quiet, at least based on our experience in the RAM 1500.

We can’t wait to get behind the wheel of a 2020 Jeep Wrangler EcoDiesel. The new motor should give the formidable Wrangler even better off-road chops.

Up Next: VisonVenture Sprinter-Based Tiny Home: The RV of the Future

Saving…
VisonVenture Sprinter-Based Tiny Home: The RV of the Future
Lance ‘Altimeter’ Project: A Truck for Adventure at Any Altitude
×