A U.K. YouTuber unveiled a rendering for a Tesla pull-behind camper designed specifically for the Cybertruck. And it looks as wild as the truck itself.

MotorHomeMan has fewer than 1,500 subscribers to his YouTube channel. But that’s likely to change, as the British auto vlogger this month published an image of what could become the next big thing in camper trailers.

Tesla's Savage 'Cybertruck' Will Knock Your Socks Off

Tesla's Cybertruck is like nothing you, or I, have ever seen. But with performance numbers beyond any production truck on the planet and an unexpectedly affordable price, it has the whole world doing a double-take. Read more…

“I’ve got some exciting news: I’ve just bought a Cybertruck from Tesla,” MotorHomeMan said on his latest video. “I had this lightbulb moment — maybe I could use this as a motorhome or a truck to tow an RV or a fifth-wheel.”

So the YouTube author commissioned renderings of a fifth-wheel. What he and a designer came up with is an uncanny match for the polygon-happy Cybertruck.

According to the electric-power news site Electrek, Tesla founder Elon Musk teased a “sick attachment for the Cybertruck,” further fueling speculation around a potential pull-behind. Plus, the brand touted the Cybertruck’s more than 14,000-pound towing capacity at its launch event last month. 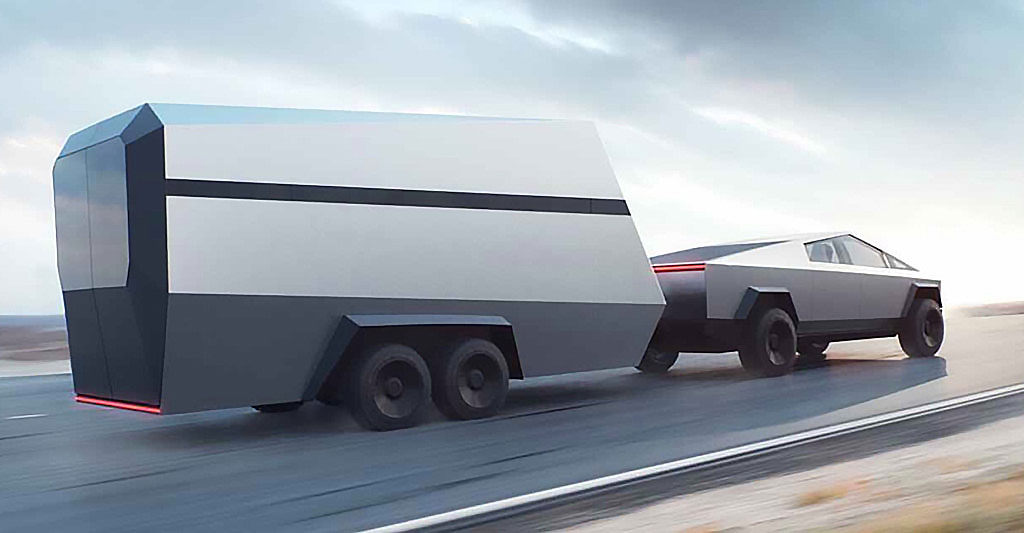 What’s more, Tesla released both a preliminary rendering of a trailer for the Cybertruck and a built-in camping configuration for the truck itself. 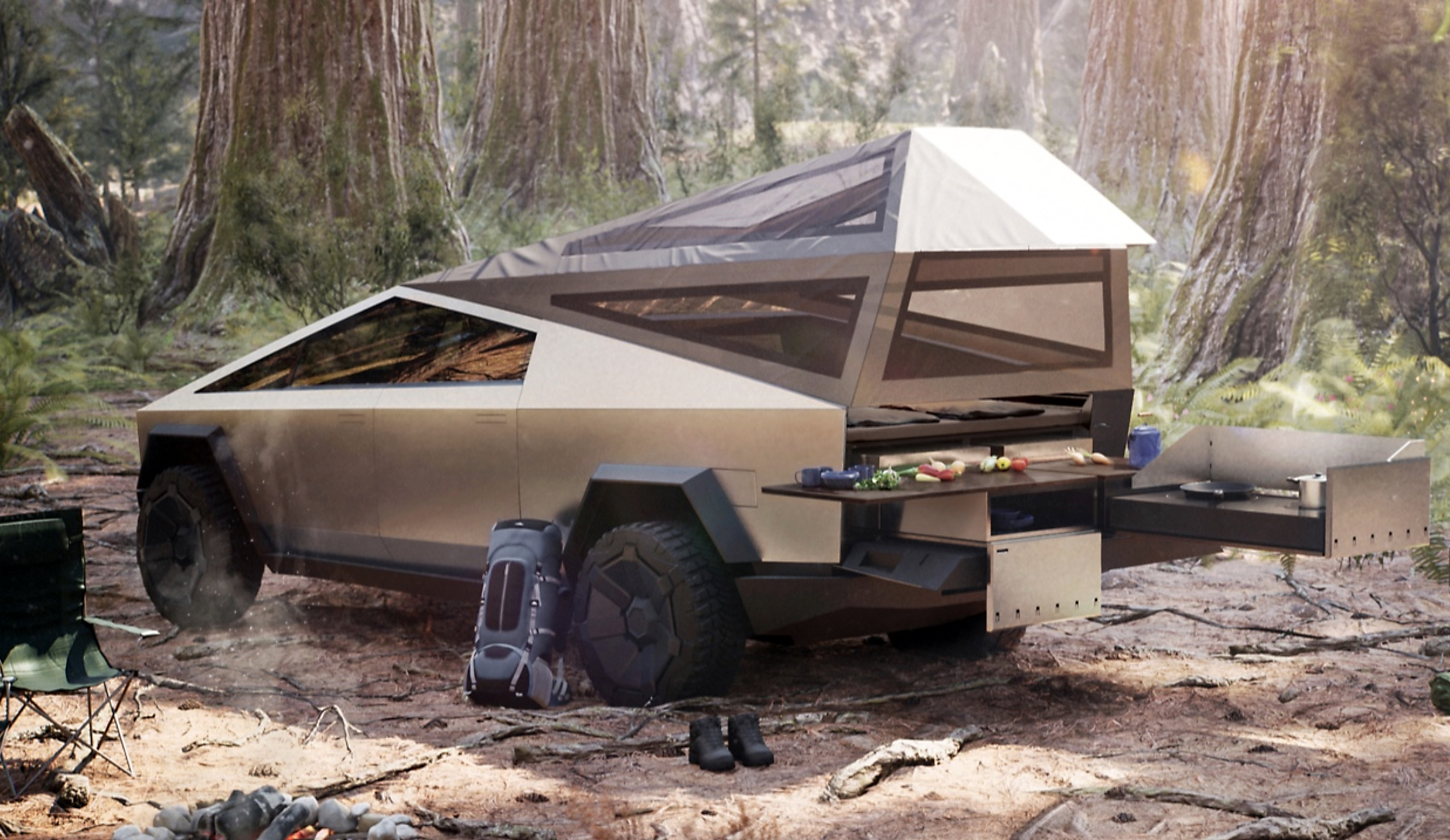 But MotorHomeMan’s rendering bears a more striking resemblance to the Cybertruck’s futuristic and admittedly jarring aesthetic. The vlogger also showed off a cab-over concept as well, but he noted it “needs a bit of work.” 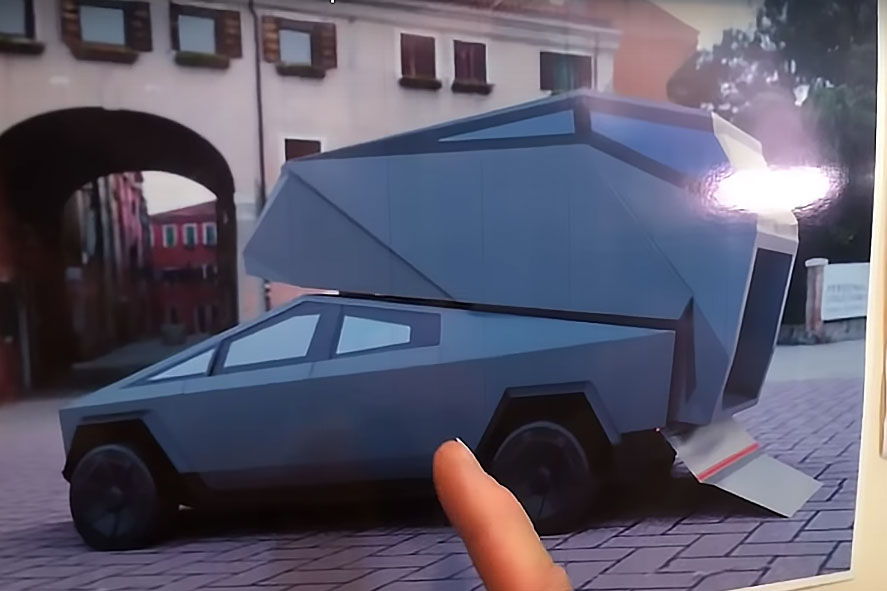 We’ll keep our eyes peeled for any official announcement of the Cybertruck’s accessories.

Up Next: Chevy Tahoe & Suburban: Huge, High-Tech People-Haulers for 2021