Thule’s latest cargo box, the Vector, incorporates plenty of new tech and handy features. But is it worth the premium price? We tested it to find out.

I was able to take the new Thule Vector on a dozen road trips in Sweden, Canada, and the U.S. And I visited Thule’s factory, where the Vector was designed, to understand exactly why it’s the cream of Thule’s crop. 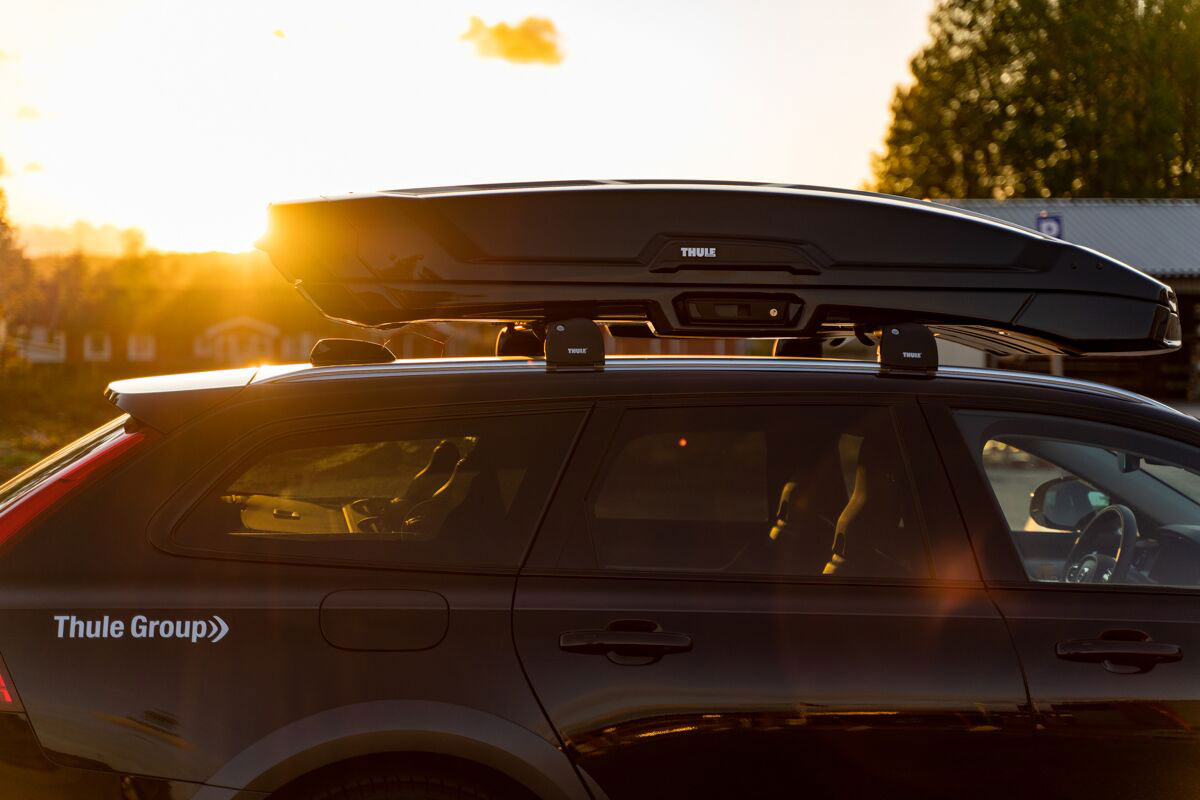 In short: The Vector sports many clever features for the gear-savvy traveler: a white interior along the clamshell roof to better see, a key that works independently of the open/close mechanism, an interior light, and a removable, washable padded lining.

Attractive aesthetic, more user-friendly design (the two-part locking mechanism is a savior for ski bums), and easy installation make this a recommended buy — even though the Vector is nearly twice as expensive as other roof box options.

In terms of cred, I’m a big user of cargo boxes. I’ve logged an estimated 8,000 driving days with a roof box on my car and crisscrossed the U.S. and Canada more than a dozen times — with an equal number of rooftop carriers.

In that span, I’ve lost three cargo boxes to high winds, with one particularly memorable, catastrophic failure on a hot, windy day in West Texas.

I’ve also cracked several, broken the lid-lifters on others, and launched another off my car when the garage door didn’t open as planned. When I was given the chance to test the new Thule Vector, the most premium rack available, I couldn’t say no.

In the U.S., it will come in two styles: the 310L M version and the larger, 360L Alpine. Practically speaking, the M will hold three to five snowboards or pairs of skis. Meanwhile, the beefier Alpine will accommodate four to six pairs of skis (but the same number of snowboards as the M).

One thing about Thule: Design is definitely the silent ambassador for the brand. And the Vector’s accentuated, fast-looking, sporty lines up the ante.

The cargo box itself looks like an extension of a sleek sportscar. In fact, Thule told me it works with dozens of car brands — Audi, BMW, and others — to make sure new rack and cargo box designs stay in tune with the latest in automobiles.

The back is spoiler-shaped, with the nose aggressively curving down to match the smooth, aerodynamic lines of modern luxury cars. While every other cargo box I’ve tested has a “muffin top,” where the lid and bottom of the box overlap, the Vector has a flush gasket closure.

Even driving at relatively high speeds (we found 80 mph to be the max safe speed), the box stays incredibly quiet. Also, small holes on the front of the box channeled air out the sides (it doesn’t blow inside) to help keep chatter to a minimum.

We drove around for multiple days at low and high speeds, on roads from dirt to paved, from snow-covered to gravel, with and without the cargo box, and those air channels work. The low-pitched hum that haunts other cargo boxes isn’t present in the Vector.

The first thing I noticed about the Vector is how easy it was to install. The Alpine weighs 64 pounds — 5 pounds heavier than the M. I was able to put it on my 2016 Ford Expedition myself, but it would have been easier with two people.

While many other boxes I’ve used require a lot of guesswork to figure out how much tightening the attachment points require, the Vector features a unique system (aka PowerClick) that prevents you from over-torquing the knobs.

Just twist the knobs until you hear a click. Then you know the box is secure. Even when I kept twisting, I couldn’t strip the threads. 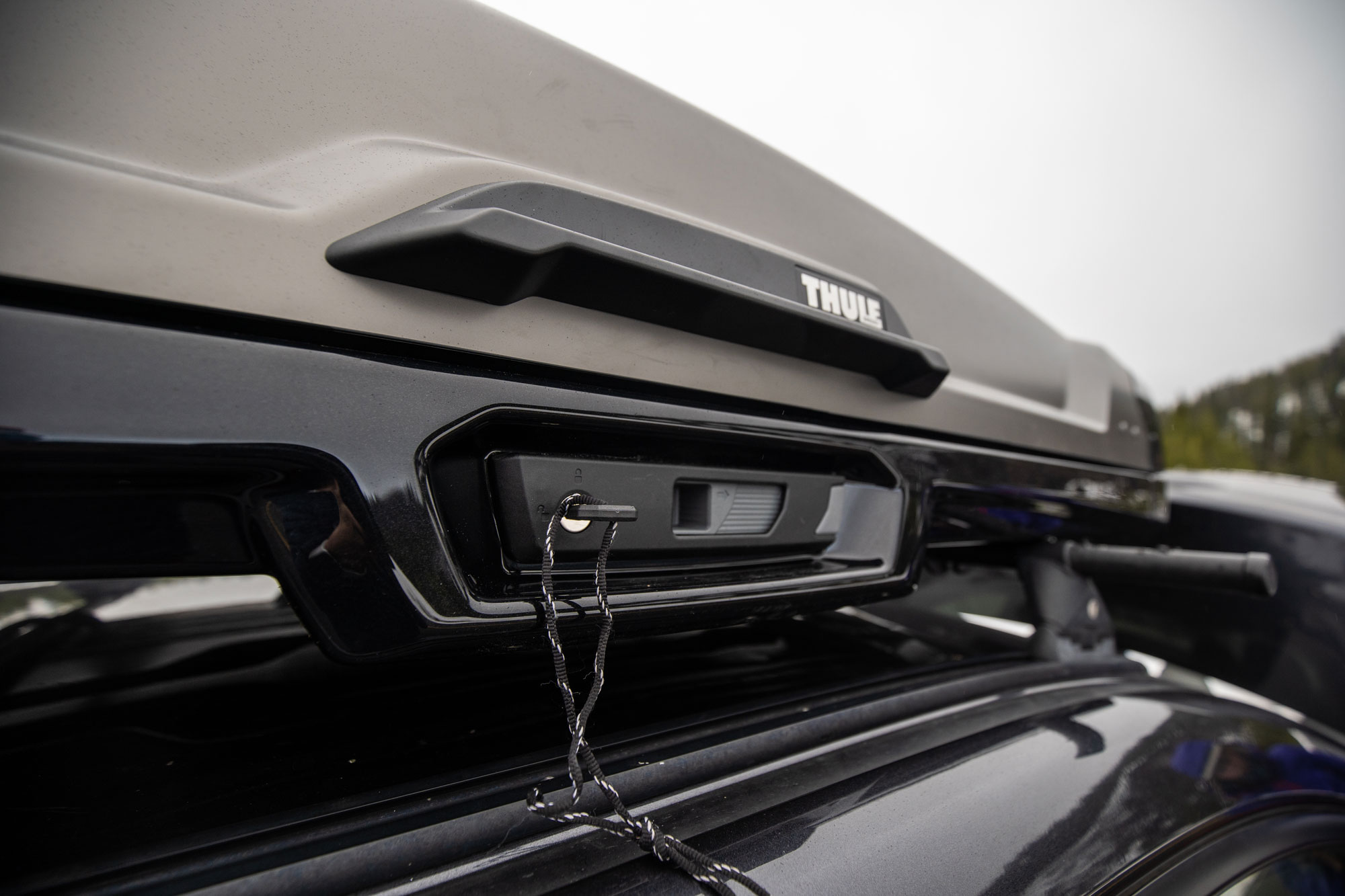 Probably the biggest innovation on the Vector is its locking/opening mechanism. Other cargo boxes (Thule’s included) open with a key that unlocks the box and triggers the latch. This system can be problematic on cold days when the lock is frozen. On the Vector, the key and latch are two separate components.

This means you don’t have to torque the key to open the box. I’ve bruised my fingers on ski days and can attest that the smooth action of the Vector’s two-part system makes a difference.

What I love most about the Vector is that it can be opened and closed with one hand. This is something that anyone who’s struggled loading skis will instantly understand.

Synchronized lid-lifters ensure that both ends move at the same time, so you just lift the lid in the middle. Internal struts in the ABS plastic stiffen both the lid and bottom of the box, so the Vector doesn’t feel as wiggly as many boxes I’ve used. 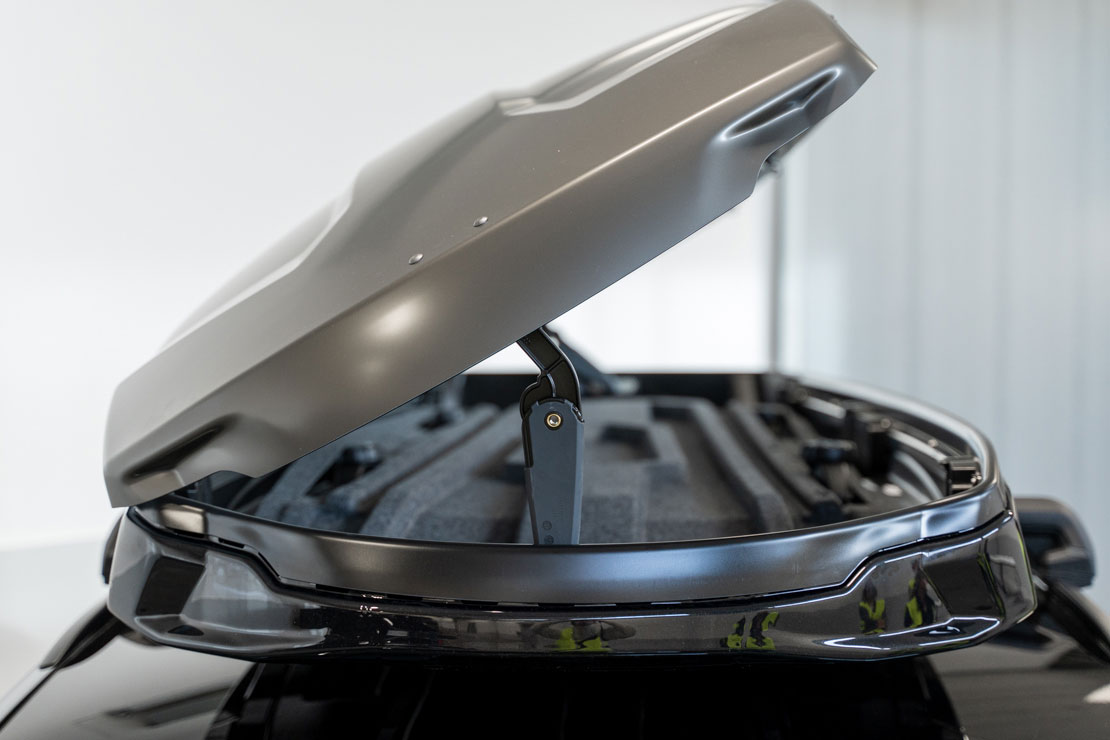 In terms of performance, the Vector’s interior is also several steps up from the status quo. Inside, a washable felt liner creates a cushion between the load and the box. Not only does this prevent gear from bouncing around, but I also noticed it reduced noise as well.

And it provides nice protection for edges and topsheets of skis and snowboards. Plus, you can remove the liner to hose down the inside, something I found super-handy after toting dirty climbing gear around. 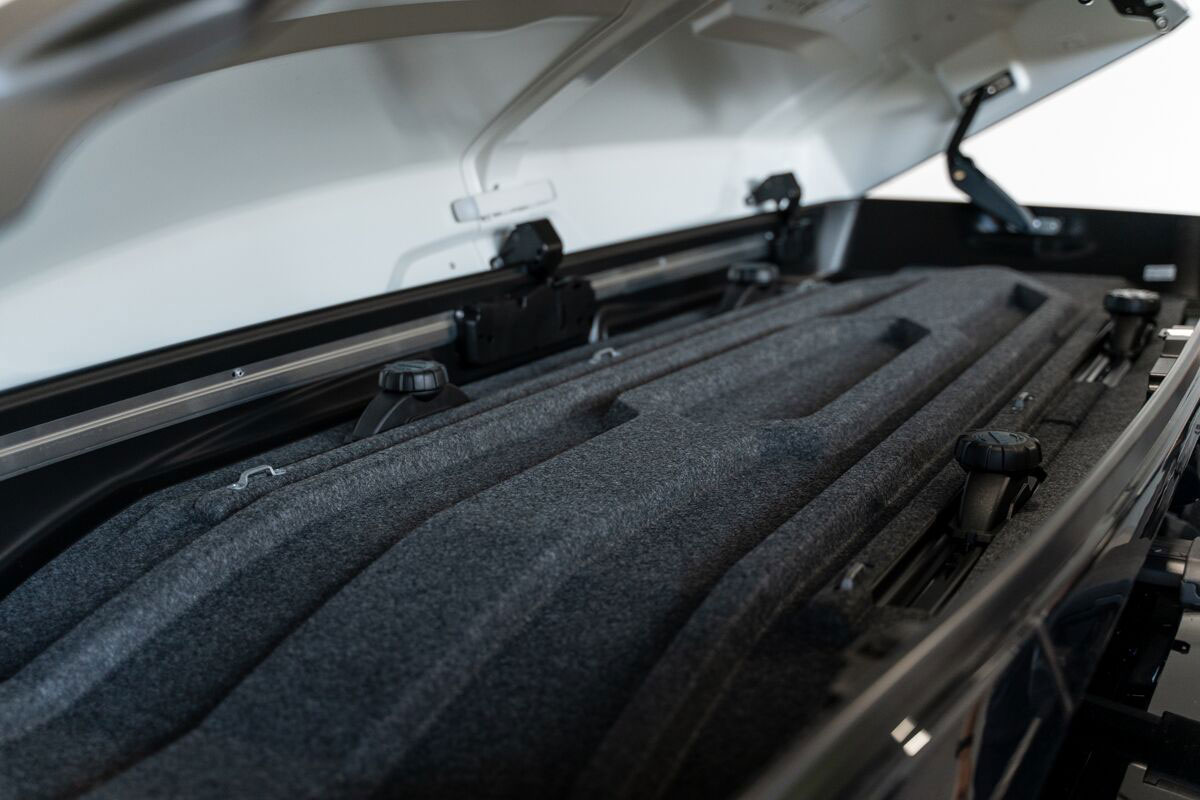 The inside of the Vector’s shell holds a couple more surprises. First, the lid boasts a white interior. Compared to the standard black interior, the white offers a significant improvement in visibility when groping for gear, especially on alpine-start mornings when you’re out of the house before sunrise and back home after dark.

And most notably, the Vector sports an automatic LED light that switches on when you open the lid. Thule designers explained to me the light is actually a subtle gray — not white — as that offers the best visibility.

Thule Vector: Not Perfect for Some

So, are there any downsides? Yes, depending on your needs and current setup. First, its sleek design translates to a shorter overall length.

That won’t be an issue for many skiers, but I found that the Vector won’t be able to accommodate longer skis — like the Super-G. The M will hold skis up to 185 cm long, and the Alpine can take on skis up to 200 cm.

In addition, the Vector’s luxury design means it’s not so much a fit on bulky cars, trucks, or SUVs. On my husband’s Subaru WRX STI, the Vector complemented the vehicle’s sleek lines perfectly. On my Expedition, it definitely looked out of place.

I haven’t had the chance to push the Vector to its limits (and lifetime warranty). But after seeing the tests it’s put through at Thule’s headquarters in Hillerstorp, Sweden, I think I’ll be hard-pressed to break it.

Thule subjected the Vector to durability tests that record acceleration forces, a hydraulic shaker table that duplicates bumpy roads, and a static test that loads the rack with way more weight than I ever could in real life.

I’m looking forward to spending more days with the Thule Vector to see if it lives up to its promise as the most premium cargo box ever made. This winter, it will endure subzero temps, heavy snow, 100-plus ski days, and sharp, heavy climbing gear.

So far, everything I’ve seen indicates that the Vector lives up to the hype and promise. Even in terms of price, I’m sold.

Sure, I could carry my skis in a less-expensive cargo box. But when I add up the cost of the gear I’m hauling, and look at how slick my car looks with the box, $1,500 doesn’t seem like an unreasonable outlay.