We joined MSR in the field to see how the SE200 Community Chlorine Maker impacts lives with clean drinking water. 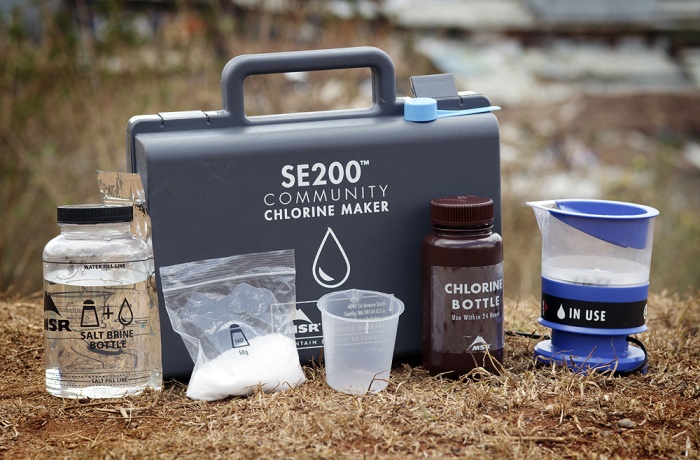 An estimated 1.8 billion people lack access to safe drinking water. A leading cause of death worldwide, contaminated water is responsible for the spread of diseases like hepatitis, cholera, and typhoid. Particularly devastating to the very young and old, some sources cite that waterborne illnesses claim the life of a child every 90 seconds.

Though the standard solution, chlorine treatment, has been around for decades, poorer countries often lack the funds and access necessary to implement it.

So scientists at Seattle-based MSR – home to one of the most advanced water science laboratories in the world – set out to solve this global problem.

Remove giardia, cryptosporidum, and more with a one-hand pump water filter that weighs just five ounces. We put the Trailshot to the test. Read more…

After five years in development, the SE200 Community Chlorine Maker launched last year. It’s the size of a water bottle and produces water-purifying chlorine in minutes. Essentially a disinfection kit, the SE200 passes an electric current (12-volt battery) through ordinary salt water and discharges chlorine. That chlorine is then used to treat well water, tap water, or any other community water source.

It’s designed to be simple enough for anyone to operate. And each use produces enough chlorine to treat up to 53 gallons of water – enough for 200 people for a day.

It’s already in use for humanitarian aid around the world. So to see firsthand how the SE200 Community Chlorine Maker is changing lives, a group of journalists and MSR representatives traveled to the central mountains of Guatemala where it is demonstrating its benefits.

The visit illuminated the need for the units, as well as unique challenges getting them integrated into rural communities. And in some small villages, the use of chlorine remains a bit of a hard sell.

MSR: From Lab to the Field

To advance the project, MSR initiated an Indiegogo campaign last year to drum up support and funds. The year-end goal was to empower half a million people with the ability to produce their own clean drinking water. The campaign was a success, and today there are more than 2,500 units operating in 30 countries.

MSR placed the units in high-risk areas with help from aid organizations World Vision and Operation Blessing. Field experts on the ground provide basic training to operate the devices and education on the importance of clean water.

On the Ground in Guatemala: SE200 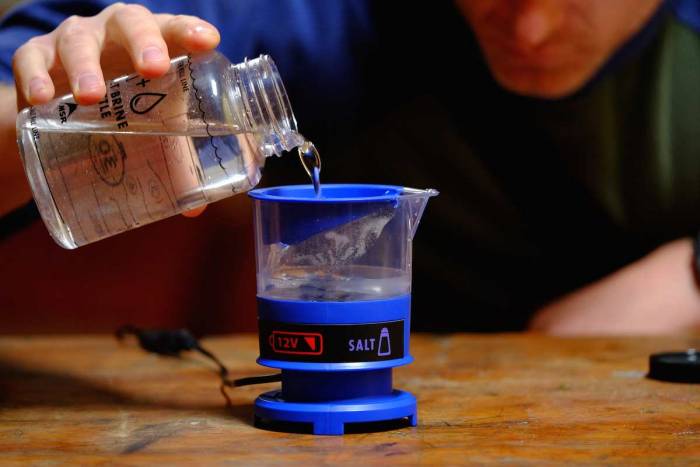 The first hurdle was explaining to locals why their frequent tummy troubles were likely the result of contaminated water. For many residents in remote areas, intestinal distress is no more of a concern than the common cold. Although the low dose of chlorine is scarcely detectable, some find the unnatural taste off-putting. 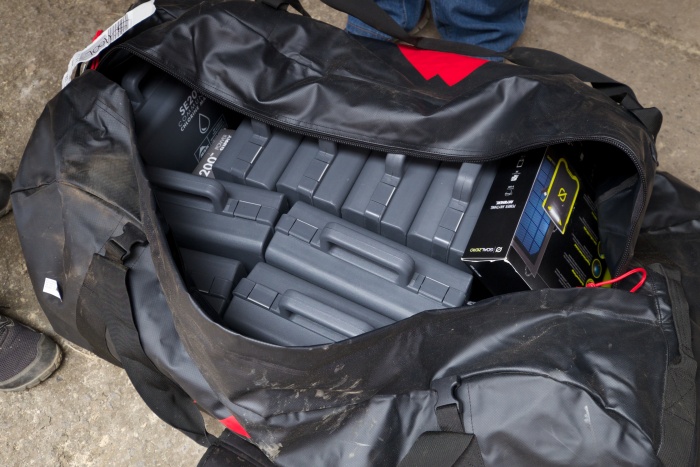 Despite initial hesitation to adopt the use of chlorine, progress moved forward. By placing the first units in schools, the SE200 has won over a compelling group of advocates – children. MSR and Operation Blessing hope schools will become the flashpoint for expanded use of the Chlorine Maker.

It will take some time for MSR’s device to reach its full potential, but the rollout has been encouraging. MSR Water Category Manager Owen Mesdag was quick to point out the benefits of the system beyond clean drinking water. Chlorine also makes an excellent general disinfectant. For areas fighting the rapid spread of disease, it could be a game changer.

Less obvious applications of the unit include entrepreneurial opportunities in areas starved for commerce. At a cost of just five cents per 1,000 liters, the $250 SE200 Community Chlorine Maker could provide revenue for enterprising individuals.

If year one of the SE200 Community Chlorine Maker is any indication of its continued success, it will easily live up to MSR’s claim that it’s the most important product it has ever developed.

–Learn more about the MSR Global Health project at its Indiegogo page.

About the author: Fueled by his personal mantra – the Earth is cool – Christophe Noel has dedicated his life to exploring as much of it as he can. He can be found riding bicycles, motorcycles, or shuffling through an airport on route to his next adventure.

Up Next: Dive Watch Distilled: Meet The Seiko Prospex SRPA21