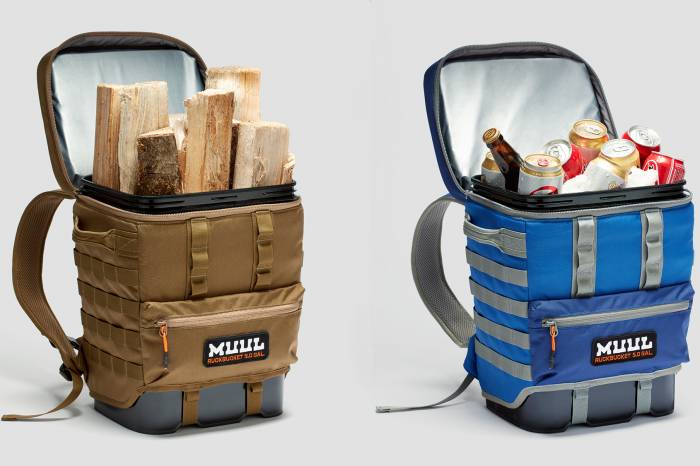 Haul firewood, keep 17 beers cold, or hoist your motorcycle — Muul’s RuckBucket is one of the more unique backpacks we’ve seen. 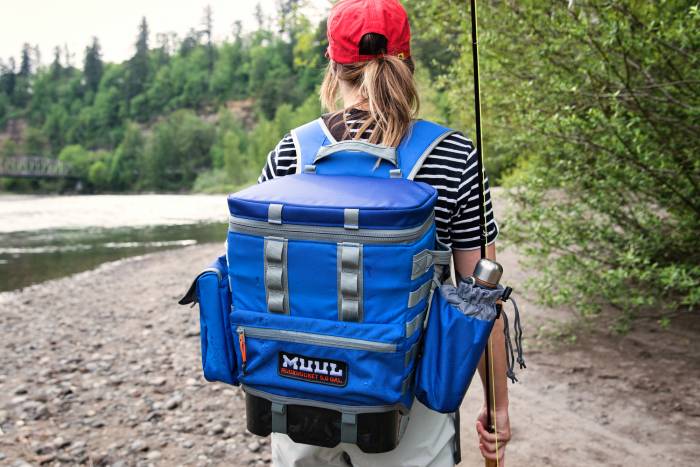 The brand claims the RuckBucket improves on both the traditional pack and the 5-gallon bucket. And it makes for a decent cooler to boot! It’s a simple idea: Wrap a 5.3-gallon, food-safe bucket in a 500-denier nylon shell loaded down with lash points and a pair of shoulder straps. 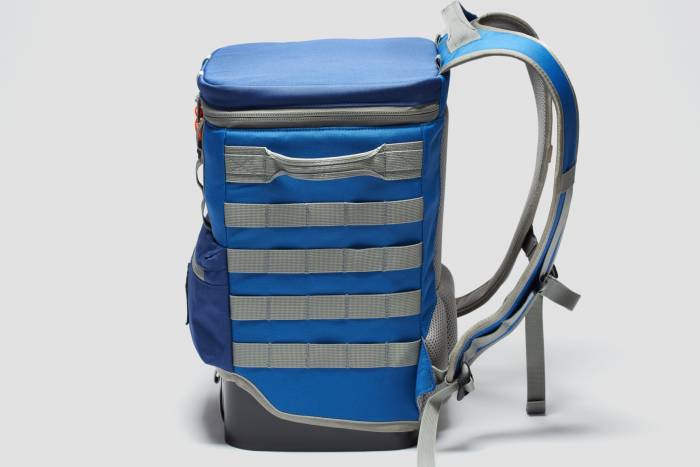 But according to the brand’s Kickstarter, which goes live June 4, the whole is greater than the sum of its parts. “It turns out a RuckBucket is the world’s toughest backpack,” claims RuckBucket designer Mike Whitehead.

Whitehead and the team at Muul tout the RuckBucket as a “crushproof gear protector, waterproof river bag, and giant beer koozie.” 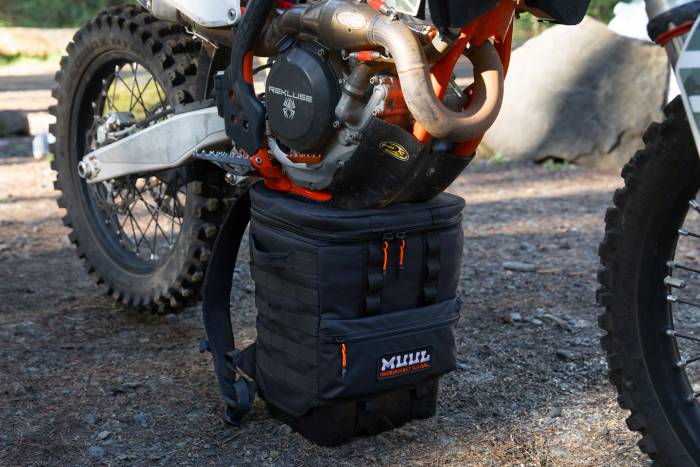 Indeed, promo images show the RuckBuket serving as an impromptu camp chair — not to mention holding up a dirtbike. And while it doesn’t appear to have a waterproof zipper, the brand claims it can hold camera gear and keep it dry. But because we haven’t tried it, we’re not certain the RuckBucket protects items from submersion. 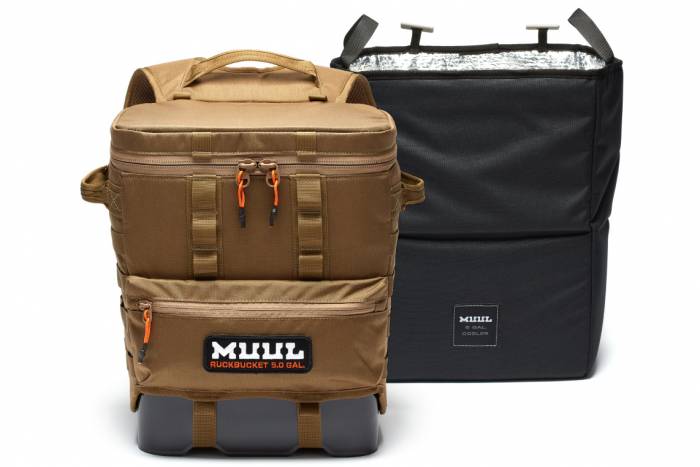 Finally, the RuckBucket fits a 5-gallon, insulated “Space Blanket” beverage insert. There’s no claim of how long it keeps items cold. But Muul again demonstrates some unlikely capabilities, including a backpack full of crawdads. While it isn’t likely to outperform an actual insulated cooler, the removable sleeve adds a little versatility to the bucket-in-a-backpack design. 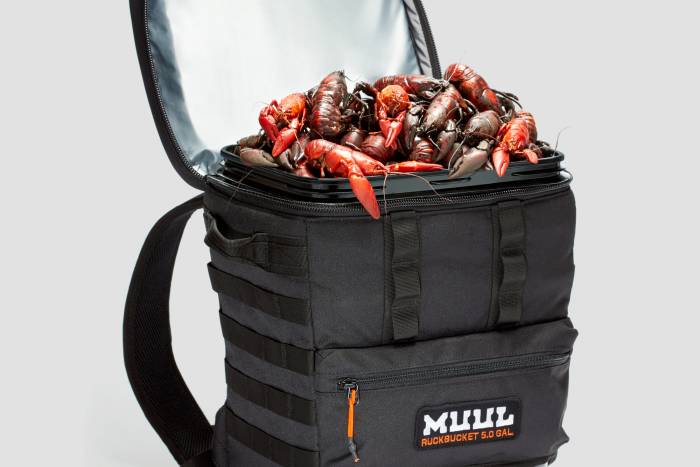 And for added convenience, the RuckBucket sports plenty of daisy chains, lash points, and a zippered stash pocket up front. Plus, Muul will sell a cinch-tight water-bottle holder and a half-gallon accessory pouch, both removable.

There’s no word on price just yet. But a Kickstarter preview shows limited early bird buy-ins will go for under $100.