Planning a summer or fall trip to a national park? Make sure it’s open.

Our national parks have been closed for more than 3 months, with few details as to when they’d again open for summer vacations, rest, and relaxation.

But as social distancing measures and travel restrictions measures lift, so do restrictions on parks. This month, some of the first national parks reopened for daily use.

Each specific NPS park page lists what is open, what is closed, and the status of nearby state parks to provide visitors/travelers with alternative options.

Read our dos and don’ts for visiting a national park here, then check out the list of parks that are reopening below.

Can I Travel to a National Park?

There is no easy yes or no answer. National parks are opening on a case-by-case, state-by-state basis to comply with local health regulations. If you live in a state that’s still under a stay-at-home or safer-at-home order, you’ll need to wait to visit a national park until after the order lifts.

“We ask the public to please recreate safely and responsibly,” wrote the NPS in its response to COVID-19. “Avoid high-risk outdoor activities, stay in your local area and follow Leave No Trace principles.”

If you live in a state where nonessential travel is allowed, consider visiting parks closest to home first (like state parks). And if you happen to be one of the lucky few to live nearby a national park that has reopened, make sure to follow the CDC and NPS guidelines to stay safe.

Between May 9 and 17, the NPS issued a statement with phased reopening guidelines for a dozen or so national parks. “We are working to increase access to the park in a phased approach,” reads the NPS site update page. “Currently there are closed facilities, limited services, and closures of some areas and roads to vehicles.” 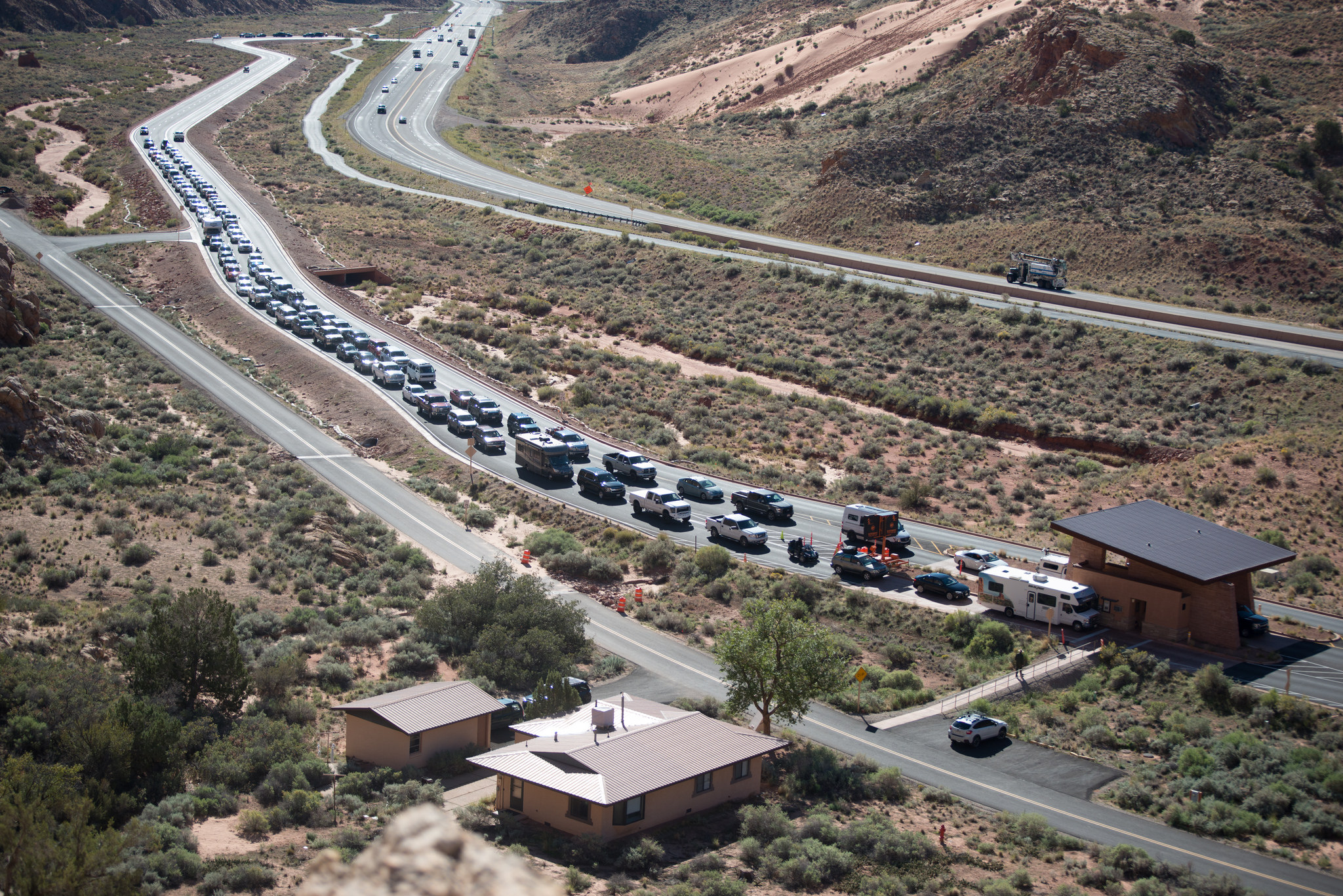 Many national parks are also implementing restrictions on the number of visitors, so be sure to read park information carefully.

Dos and Don’ts: Visiting a National Park in 2020

We’ve rounded up a list of the most common new safety guidelines across U.S. national parks. But be sure to visit each park’s page on NPS.gov to learn more details on what is accessible and when.

Each year, our country celebrates National Park Week from April 18 to 25. Although we can’t visit national parks right now, we can still celebrate them. Read more…

**We will continue to update this list as more information from NPS becomes available.

More than half of REI's 162 retail locations in the U.S. will begin limited operations. And three stores will unlock their doors with heightened safety precautions. Read more…

Up Next: This Nighttime Still-Photo Film Will Blow You Away