The world’s best climber drops another video on his latest and perhaps most ambitious project ever. For the first time, Adam Ondra gives us a close look at the beta.

We don’t know yet if Project Big will turn out to be another generation-defining route. But one thing is certain: Ondra and crew have improved their ability to produce top-notch climbing documentaries.

The latest edit on Ondra’s YouTube channel gives climbing obsessives the play-by-play they want, while also showing the quiet, mundane life that Ondra leads in between his latest 5.15 sends.

Ondra first bolted this mega-route in Flatanger, Norway, back in 2013. At the time, he couldn’t imagine climbing it and ended up pursuing the route that became Silence, currently the world’s hardest route (5.15d, unrepeated).

Spoiler alert: Ondra doesn’t finish the route in this vid. It’s just another step in the process. Though if Ondra didn’t believe he could do it, why all the videos?

“This is promising try,” he says at the end. “I’m not there yet. But there is a chance.”

Actually, there’s one more certainty: The entire climbing world is waiting to see if Ondra pulls it off. 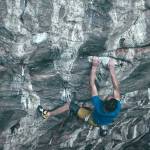