‘Against The Odds’ just wrapped up its first month on air. We sat down with the podcast’s hosts to learn what it’s all about — and why you should listen.

The “Against The Odds” podcast essentially retells (in vivid detail) some of the greatest survival stories to make headlines around the world. It’s stories of adventure, survival, daring rescues, and tough decisions.

Hosts Mike Corey and Cassie De Pecol are two travel experts and self-described “adventure junkies.” They are also a podcasting dream team, the voices behind the “Against The Odds” audio series. And they’ve never even met.

The duo records the podcast remotely, and they collaborate and connect over the internet. They’ve recorded podcast episodes everywhere, from stateside motel rooms to tents in Tanzania.

Mike Corey’s Bio: Mike Corey is a Canadian adventure travel YouTuber (Fearless & Far) and TV host who aims to inspire others to chase their fears in a “teaching-by-doing” style. He doesn’t have a home or a car, and he travels the world full time. He frequently participates in cultural celebrations in the locale he’s visiting — whether it be exploding sledgehammer festivals, Kambo frog venom rituals, or camping in abandoned castles.

Cassie De Pecol’s Bio: In 2017, Cassie De Pecol became the first woman on record to travel every country in the world, breaking two Guinness World Records for the fastest person and fastest female to do so. She works as a motivational speaker, author, and content creator, and she is an avid Ironman triathlete. 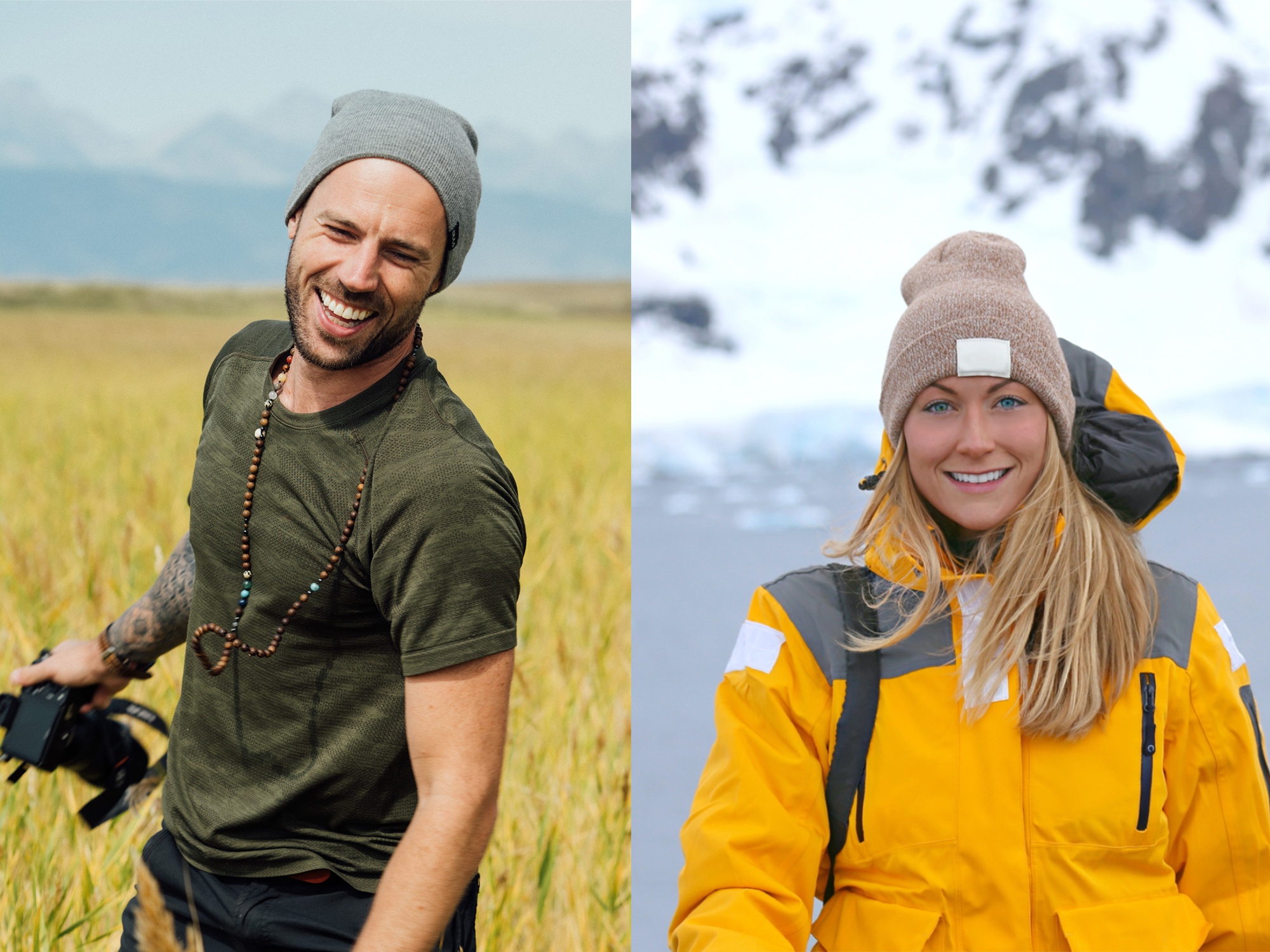 Behind the Microphone: Q&A

GearJunkie: How and when did you get involved with the podcast?

Mike Corey: I received the email for the “Against The Odds” casting call at 2 a.m. in Romania, after returning from a week of camping in Transylvania. Normally, I would wait until the next day to tackle these things, but I was called at that moment to record.

The first season was [going] to be the Thai Cave Rescue, a rescue story that had captured my heart a few years prior. I read the script right there on the hotel bed, and ended up getting the gig!

De Pecol: My manager presented me the opportunity to work with Wondery, and I thought it was a wonderful concept for a podcast. It really resonated with me based on my travel and adventure experience.

You both identify as “adventure junkies.” What are your favorite adventure activities (backpacking, hunting, etc.)? 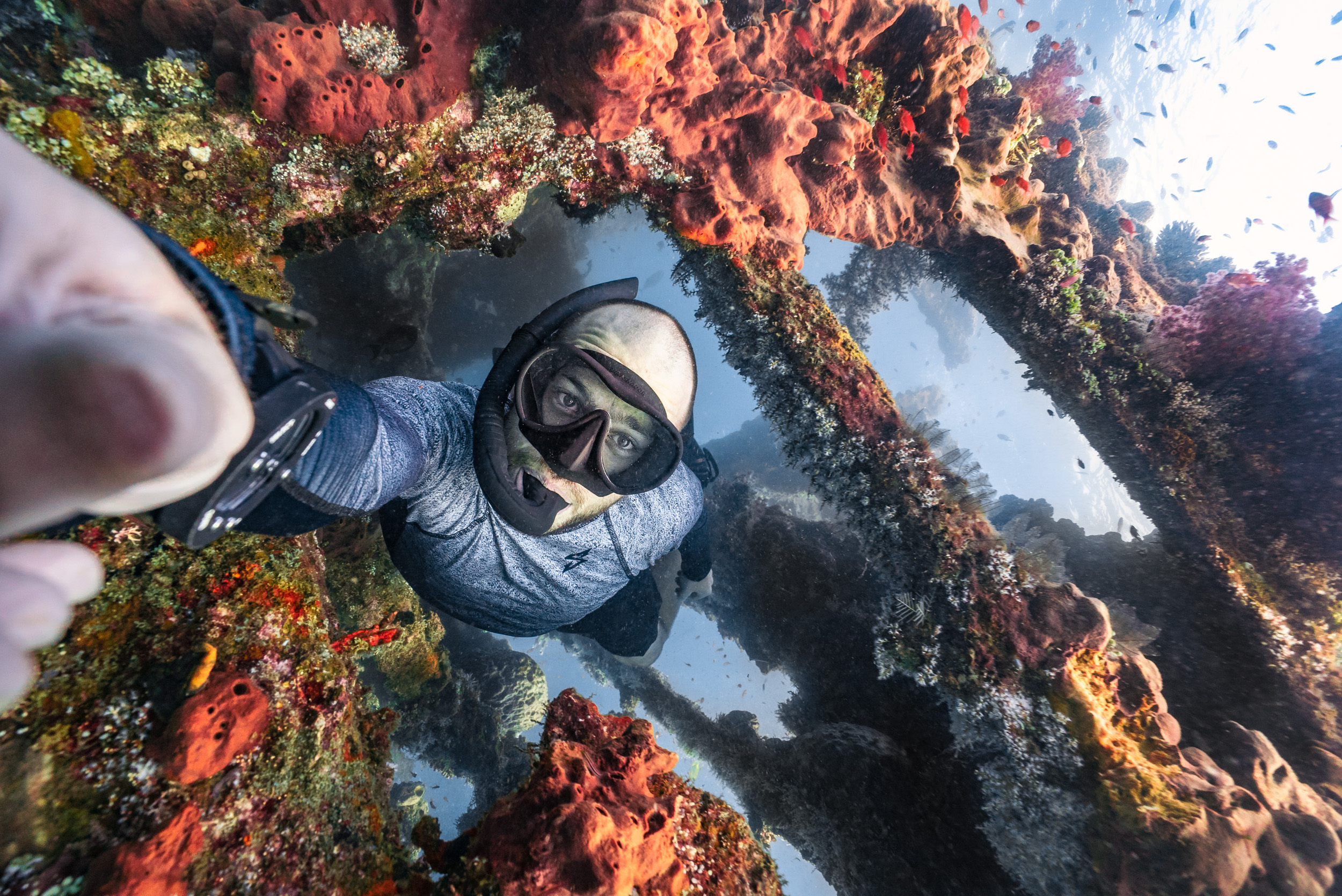 Corey: For about a decade, I was a competitive breakdancer and then moved onto scuba diving. Now I find myself doing a lot of backwoods camping, free diving, and tracking down far-flung cultural experiences.

De Pecol: I’ve always loved the type of adventure where I get to explore remote and precarious areas around the world; countries like Afghanistan, Somalia, North Korea, and other less-traveled locations.

Other than travel, I love training for Ironmans in unique locations: swimming in different lakes and oceans of the world, running through deserts, cycling in various conditions like snow.

I’ve finished one full 140.6-mile Ironman distance race, and around a dozen Half Ironman races. In 2019, I circumnavigated the world racing six Ironman 70.3s in Australia, Thailand, Oman, South Africa, and Argentina.

What is the craziest adventure each of you has experienced?

Corey: A few months ago, I went baboon hunting with the Hadza hunter-gatherers in Tanzania, Africa. We sprinted through the African bush, getting ripped up by thorns, stealing honey from killer beehives, and tracking whatever we could find. In the end, we didn’t get any baboons, but spending 24 hours with these guys changed my life.

What’s one piece of advice you would give to other adventure junkies?

Corey: You don’t have to pick what’s on the brochure. Often, you can order “off-menu” and ask tour providers if they know of any other temples, waterfalls, treks, and the like that would be less touristy. Where would you take your family on the weekend? is a question I ask often. You can find yourself alone in some amazing places this way.

De Pecol: To do your research but keep an open mind. Leave all preconceptions at the door and formulate your own, epic experience.

The show is really part theater. How do you immerse listeners in these outrageous stories of kidnapping, survival, and rescue?

Corey: We’re reading stories. We have to show up ready to act. The final product may be only audio, but we’re waving our arms, stretching giant smiles, going red in the face — literally acting out some of these lines because if we don’t, you can’t hear it.

This is how you tell a good story — by feeling it. If you don’t feel it, neither will the listener. This is why the podcast is so immersive.

De Pecol: I think it’s all in the various tones of voice, the emotion, cadence, and keeping it somewhat slow so that the listeners can grab onto each word and feel the experience.

Corey: For the podcast, a whole team comes together. Writers, producers, sound artists — you need a big team to produce something of this quality. For Cassie and I, we come in with our voices and our experiences. But voice acting, or reading, it’s really tough. Humans have a very keen ear for every syllable of a word, every fluctuation in your tone, the speed and volume of how you say things. We have to [convey that].

There’s a lot of different pieces that come together to make this work, and I’m thankful to be part of this well-put-together machine. 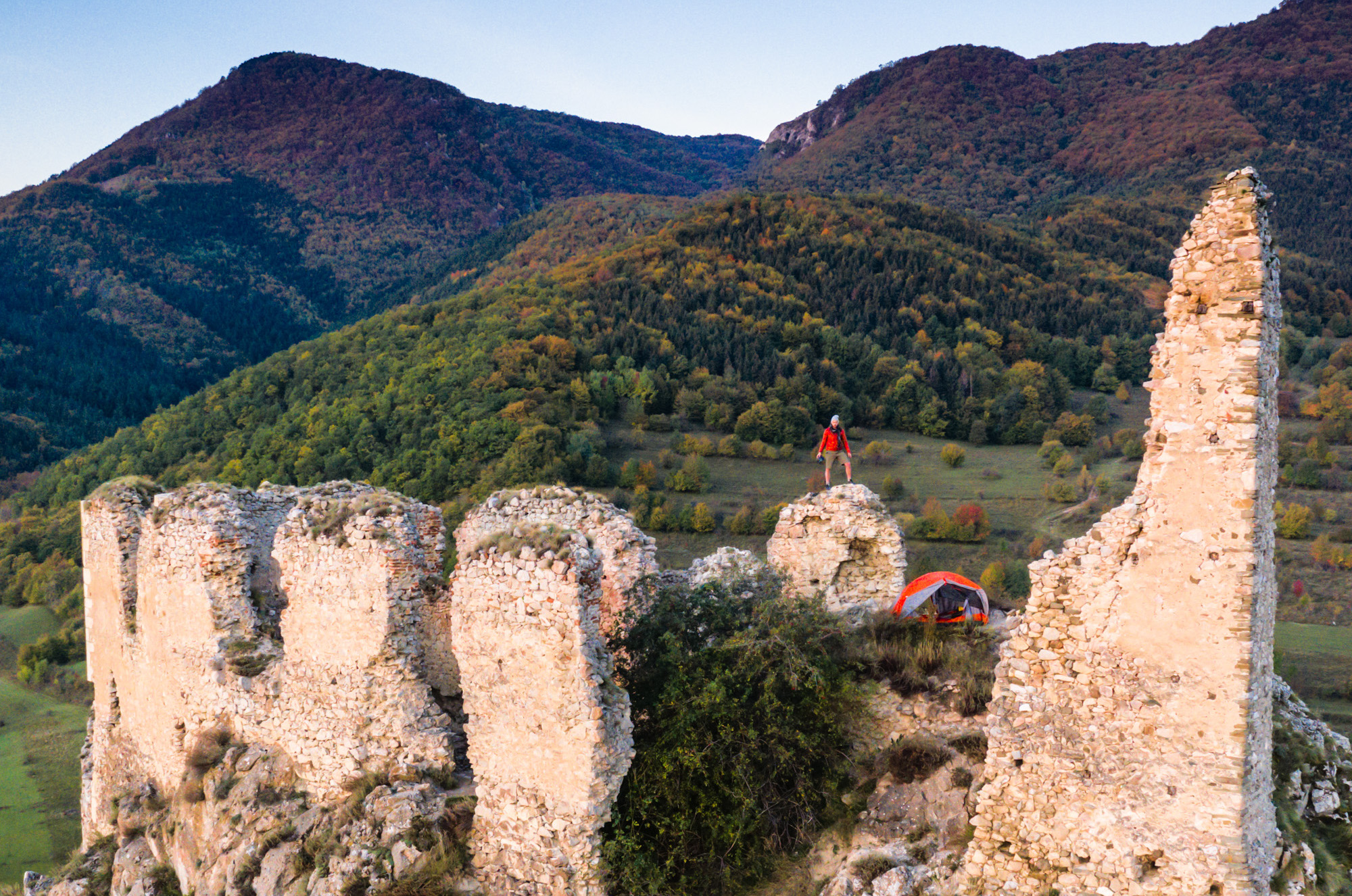 Favorite part about recording a podcast?

Corey: [As someone who’s] been making YouTube videos for 10 years, recording a podcast isn’t really the same thing. I’ve never had to act, but I’ve always had to tell a story.

As you’d expect some of these survival stories turn dark. Humans pushed to their limits. It’s fun to go dark, too, to try and put yourself there — in the POW camp being tortured, deep in the underwater cave. And on the flip side, trying to channel the joy of the character and their loved ones when they survive against the odds (see what I did there) is equally as fun. Maybe call me a softy, but I just like emotion. I like making people feel things.

De Pecol: My favorite part about recording is getting to switch up the feeling and tone based on the various acts and sequences of the story. It keeps the storytelling alive, and I feel that I can really get into it — and that the audience will, too.

Convince me why I should listen.

De Pecol: “Against The Odds” is incredible in the fact that these stories are captivating — and true. The immersive experience makes it hard to zone out, and each episode will leave you wanting more — to hear what happens next, and to connect with the heroes of each episode on a whole new level.

Corey: It doesn’t matter if you’re stuck at home during a pandemic or stuck on a mountain in Nepal — we all have our struggles we must endure. We can succumb to these struggles, or find the strength deep inside us to survive. On “Against The Odds,” we’ll be telling some of the greatest survival stories ever recorded.

It all comes together with amazing writing and sound design to teleport you into the event itself. It’s an adventure, not a podcast. I guarantee you: You will get lost inside the stories — and be on the edge of your seat.

The “Against The Odds” podcast airs weekly, with five episodes per season and a runtime of 35-45 minutes per episode. Each season covers a single story. Four of those episodes are scripted, while the fifth and final episode is a one-on-one interview with someone close to the story.

So far, two seasons have aired. “Against The Odds” is available on Apple Podcasts, Wondery, and Audible, or wherever else you get your podcasts. But instead of just reading about a podcast, we thought you’d like to hear from its hosts.

Fire and Nice: 'Pandra' Driver Allyn Pierce and the Most Heroic Truck Ever

Whatever doesn't melt you makes you stronger — and Instagram famous. Read more…

Up Next: Join Altra, Trail Sisters for a Trail Cleanup Challenge Near You