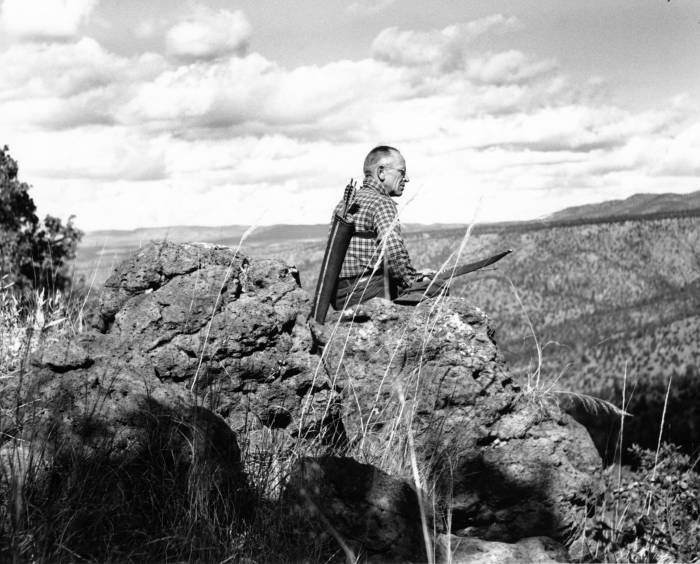 Chances are, you know of the works of Henry David Thoreau, John Muir, and Edward Abbey. These canons of outdoor literature have stood the test of time thanks to insightful philosophical musings and environmentalist perspectives. But among many readers, the work of Aldo Leopold remains much less well-known.

Leopold packs a lot of deep thinking into his writing, although he published only a few books. A renowned ecologist of the early 1900s, Leopold fostered a groundbreaking conservation ethic after being hired to hunt mountain lions, bears, and wolves for the Forest Service early in his career.

Those early experiences form an ethic that sees the importance of all living things in an ecosystem. His masterpiece, “A Sand County Almanac,” is a cornerstone of both ecology and outdoor literature in which he introduces a “land ethic” that many follow to this day. If you haven’t read it, pick up a copy and become enlightened.

These are 21 of my favorite quotes from this “godfather” of ecology.

1 — “There are two spiritual dangers in not owning a farm. One is the danger of supposing that breakfast comes from the grocery, and the other that heat comes from the furnace.”

2 — “I am glad I will not be young in a future without wilderness.”

4 — “A thing is right when it tends to preserve the integrity, stability, and beauty of the biotic community. It is wrong when it tends otherwise.”

5 — “Conservation is getting nowhere because it is incompatible with our Abrahamic concept of land. We abuse land because we regard it as a commodity belonging to us. When we see land as a community to which we belong, we may begin to use it with love and respect.”

6 — “On motionless wing they emerge from the lifting mists, sweep a final arc of sky, and settle in clangorous descending spirals to their feeding grounds. A new day has begun on the crane marsh.” 8 — “One of the penalties of an ecological education is that one lives alone in a world of wounds. Much of the damage inflicted on land is quite invisible to laymen. An ecologist must either harden his shell and make believe that the consequences of science are none of his business, or he must be the doctor who sees the marks of death in a community that believes itself well and does not want to be told otherwise.”

9 — “A peculiar virtue in wildlife ethics is that the hunter ordinarily has no gallery to applaud or disapprove of his conduct. Whatever his acts, they are dictated by his own conscience, rather than a mob of onlookers. It is difficult to exaggerate the importance of this fact.”

10 — “One swallow does not make a summer, but one skein of geese, cleaving the murk of a March thaw, is the spring.”

11 — “A conservationist is one who is humbly aware that with each stroke [of the axe] he is writing his signature on the face of the land.”

12 — “The last word in ignorance is the man who says of an animal or plant, “What good is it?” If the land mechanism as a whole is good, then every part is good, whether we understand it or not. If the biota, in the course of eons, has built something we like but do not understand, then who but a fool would discard seemingly useless parts? To keep every cog and wheel is the first precaution of intelligent tinkering.”

13 — “Our ability to perceive quality in nature begins, as in art, with the pretty. It expands through successive stages of the beautiful to values as yet uncaptured by language.”

14 — “We reached the old wolf in time to watch a fierce green fire dying in her eyes. I realized then, and have known ever since, that there was something new to me in those eyes – something known only to her and to the mountain. I was young then, and full of trigger-itch; I thought that because fewer wolves meant more deer, that no wolves would mean hunters’ paradise. But after seeing the green fire die, I sensed that neither the wolf nor the mountain agreed with such a view.”

15 — “We shall never achieve harmony with the land, any more than we shall achieve absolute justice or liberty for people. In these higher aspirations, the important thing is not to achieve but to strive.”

16 — “Cease being intimidated by the argument that a right action is impossible because it does not yield maximum profits, or that a wrong action is to be condoned because it pays.”

17 — “To those devoid of imagination a blank place on the map is a useless waste; to others, the most valuable part.”

18 — “Only the mountain has lived long enough to listen objectively to the howl of the wolf.”

19 — “Nonconformity is the highest evolutionary attainment of social animals.”

20 — “Education, I fear, is learning to see one thing by going blind to another.”

21 — “Six days shalt thou paddle and pack, but on the seventh thou shall wash thy socks.”