Bern has taken the Watts, its original visor helmet, and upgraded it to make it the brand’s strongest, most protective helmet on the market.

Brand-new tech ought to be sweet, innovative, and push the envelope of what we can expect in an industry category. But groundbreaking tech usually comes at a higher price. Not so with Bern’s new ski helmet.

Almost all ski helmets on market are made of ABS (Acrylonitrile butadiene styrene) plastic, high-impact plastic, polycarbonate, or a combination thereof. With the Carbon Watts, there is no plastic. The shell is made entirely of this hand-layered carbon fiber. 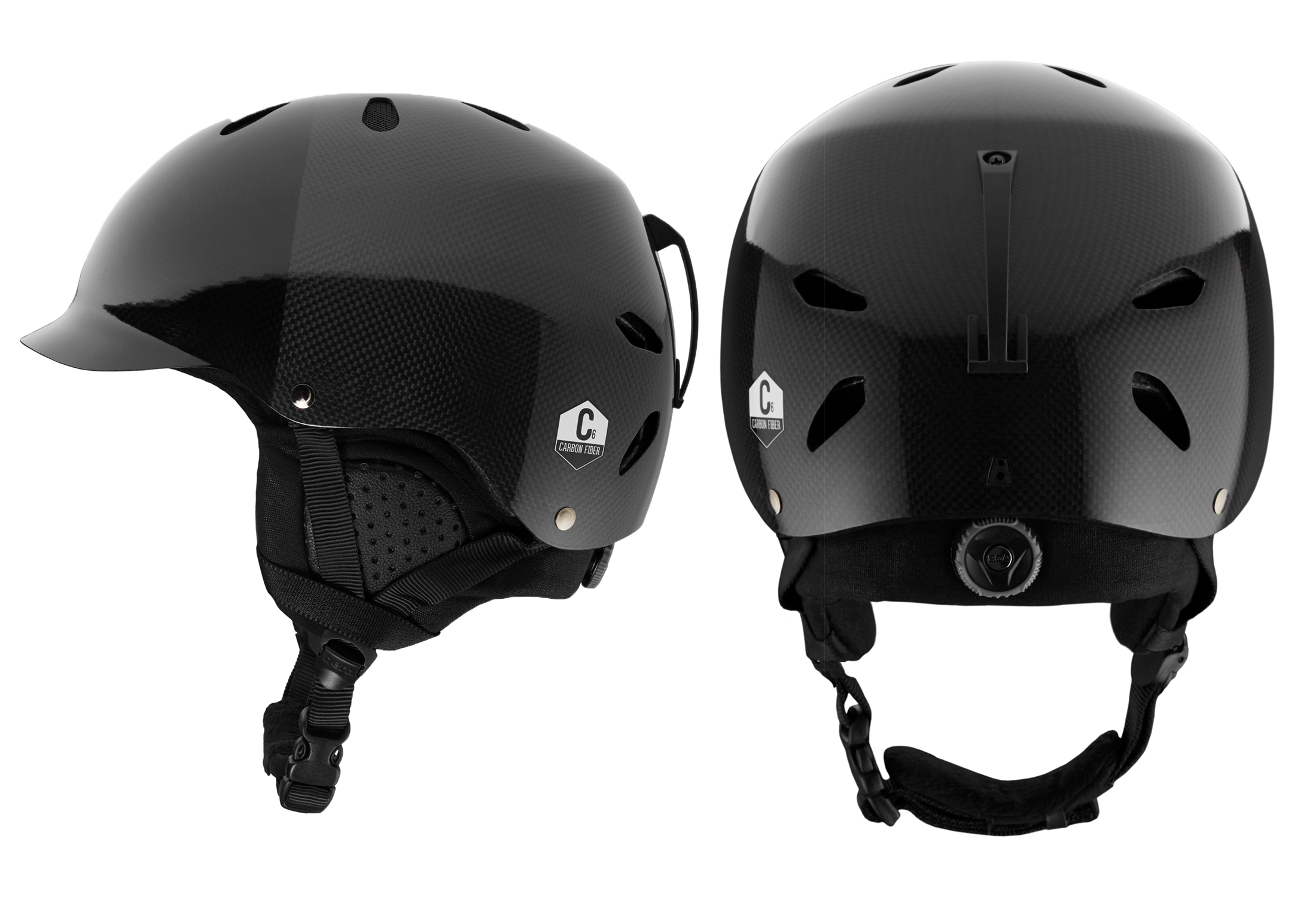 Bern layers the carbon fiber onto its classic vintage helmet silhouette. Bern says the process includes 10 steps that take up to 5 days to complete due to the molding, curing, and finishing of the shell, which is layered over the base structure of the helmet. 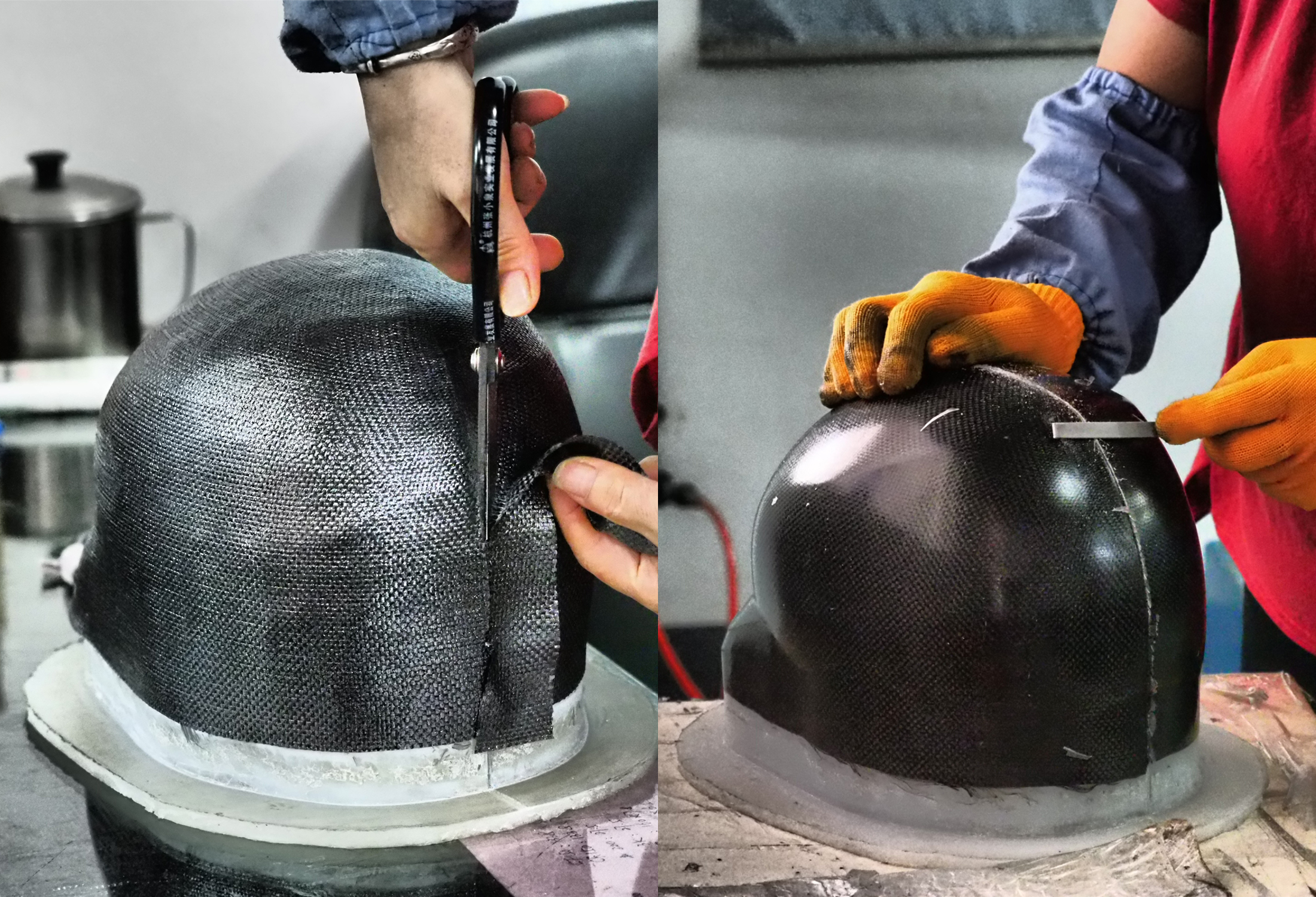 The carbon fiber shell also works to distribute the force of an impact through a wider surface. This results in “a more even absorption and a higher level of protection,” Bern wrote. Bern also advertises that the Carbon Watts is able to better protect against sharp objects and impacts due to its durability and ability to flex and spread.

The Carbon Watts is almost the same design as Bern’s original Watts snow helmet. The original Watts uses a thin ABS shell lined with EPS foam, plus a liner. The lid meets certifications for both bike and snow.

Shell material aside, the new Carbon Watts is very similar. It has the same BOA technology for adjusting fit and drop-in-audio-ready ear pads. The Carbon Watts is only certified for snowsport use. The Carbon is also compatible with Bern’s Quickmount Asteroid rechargeable light.

Note: You’ll notice that the OG Watts helmet has MIPS technology to reduce the force of impact in an accident or fall. For now, the Carbon Watts does not have MIPS technology.

“We wanted to bring the Carbon Watts back in its original form and, based on performance, will look at potential for adding MIPS in future seasons,” Bern said.

Usually, I’d say a helmet is a helmet. (As long as it fits your head and is rated for the sport you’re doing — any which one will work; it comes down to preference.) So how does the carbon fiber shell compare to normal ABS plastic construction?

“The biggest difference between ABS plastic and carbon fiber shells really is the fact that carbon fiber is naturally lighter and stronger,” Bern’s product design team told me in an email. If you’re skinning uphill, racing, skiing competitively, even just traveling, the extra grams make a difference. The Carbon Watts helmet delivers on light weight and relatively low price.

It’s worth noting this isn’t the first carbon helmet on market — other brands have toyed with the carbon tech as well. But compared to other brands’ helmets — like POC’s Super Skull Spin ($800) or Sweet Protection’s Rooster II ($500) — Bern’s Carbon Watts really wins out in price.

The Carbon Watts is available beginning today at BernHelmets.com.

The POC Obex Spin BC has an embedded NFC chip to share your health data with first responders in the event of an emergency. But many of those first responders don't know how to use this emerging technology — yet. Read more…

Up Next: The Origins of Snowboarding: ‘Made in the Mitten’ Is a Must-Watch

Saving…
The Origins of Snowboarding: ‘Made in the Mitten’ Is a Must-Watch
Next-Gen Skiers: One Family’s Dedication to ‘Ski Local’
×