Bike Club is pioneering a blockchain-based cycling club with its NFT project. Yes, the club is called Bike Club.

Purchase an NFT and you become a member of this virtual ‘Bike Club,’ but that’s just the flashy aspect of the Bike Club membership. Club members will receive more immediate, tangible perks like gear discounts and access to cycling experts and athletes.

“We want to create awesome experiences for cyclists everywhere and give them access to brands and pros like they’ve never been able to access before,” said Tyler Benedict, a co-founder of Bike Club. He is also the founder of our sister site Bikerumor.

The club has drawn the attention of dozens of brands and is building a roster of ambassador cyclists. These athletes are already hosting online rides and chats ahead of the NFT launch. 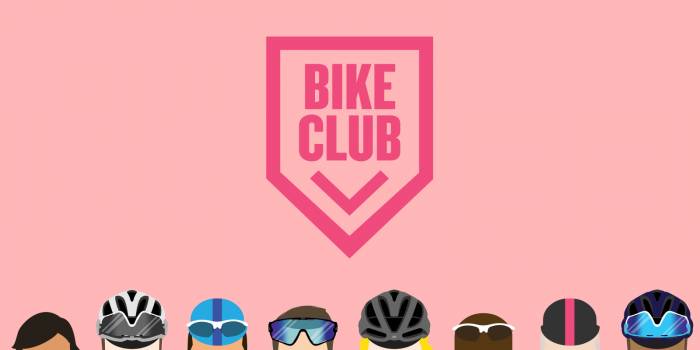 The purchase of one of Bike Club’s 10,000 unique Rider NFTs will serve as a digitally verifiable membership card. Creating a sole owner via a chain of custody is what blockchain is all about.

Bike Club plans to “mint” its NFTs for those who sign up in the coming weeks. And the virtual club emphasizes that it wants bike enthusiasts as members, not speculative investors.

The NFT artwork is by Richard Mitchelson, who goes by Rich Mitch for his cycling art. Bike Club ambassadors and athletes have customized Riders by the same artist. The NFTs are called Riders and the initial batch will be roadies. If it proves successful, there are plans for a second wave of mountain bike NFT Riders.

For now, the NFT aspect is mainly for verifiable digital membership thanks to its blockchain coding.

“It allows us to verify membership and also allows those to be sold, traded, or transferred,” Benedict said. “With the coding side of it and the blockchain, every day there’s something new that people are coming up with. So there’s really just unlimited potential for cool stuff you just can’t do without this kind of technology.”

Looking ahead, there are plans to use the Rider NFTs for gamification. For example, a Rider would have a special trait — like a climbing bonus — that would boost the results of your real-life performance in Bike Club Ride Challenges.

Eventually, members may want a team of Riders to then choose from different trait perks on any given challenge. Other ideas include team challenges with other riders and giveaways incorporating Rider traits with data from Strava and Komoot for verification.

Cycling in the Metaverse may sound years off, but anyone who has competed against friends and strangers on Zwift is close already.

Not all aspects of Bike Club take place in the Metaverse. The club plans to host special promotions at events like Sea Otter and the Unbound Race Series. There, members can gain access by pulling up their NFT memberships stored in their smartphone’s digital wallet.

Bike Club pledges to donate 10% of the revenue from its NFT mint to cycling advocacy groups. It will also donate 10% of subsequent royalties (when NFTs are resold) to organizations that promote bike safety, build trails, and generally put more butts on bike seats.

Members will nominate and vote on which groups receive these awards. The plan is to send out these awards in waves of $40,000 installments.

Whether the membership is worth your while may largely depend on the initial market for the Bike Club’s Rider tokens. The NFT purchase is the only price for a lifetime membership with benefits that include deals from partner brands and access to experts in the field.

“Because it’s built on code, we can gate access to events on the Discord server where they plan to host Q&As with athletes, coaches, nutritionists, and brands,” Benedict said.

If you’re unfamiliar with Discord, think of it as Reddit with a velvet rope, or a video-game chatroom. In short, people with a shared interest can talk among themselves.

More than 50 brands have partnered with Bike Club. Benedict admits many of them aren’t certain of the need for a blockchain membership just yet, but are willing to experiment (or speculate) how cycling will fit into a metaverse.

Similarly, Benedict said some of the club’s athlete ambassadors are up to speed on blockchain and Web3 concepts while others joined as a way to learn more.

And who can blame them? They get custom NFT avatars!

One recent addition to the club’s roster of athletes is Louise Vardeman, the team manager of InternationElles squad who last year rode ahead of the official Tour de France. She has led Bike Club group rides via Zwift and then jumped onto the club’s Discord server to talk about riding the Tour route.

The latest ambassadors to join the club include The Vegan Cyclist and Danica Fife, a mountain biker and Instagram wheelie sensation who rides for Fezzari Bicycles.

These NFTs are slated to be “minted” in February. That means the Riders will be assigned their long chains of code (Ethereum blockchain, specifically) and put up for sale on OpenSea, an NFT marketplace.

As an aside, OpenSea, as the name may unintentionally suggest, is full of pirates. The site has come under fire for its failure to regulate the sale of artwork in NFT format. This link will take you to the official Bike Club NFTs.

If you’re cynical about the need or market for NFTs, we get it. Just don’t scoff too hard if you ever bought an entirely new bike to fit the latest trend in tire sizes.

Up Next: Adam Ondra Fires First Repeat of ‘Trofeo dell’Adriatico’ (5.15a)

Saving…
Adam Ondra Fires First Repeat of ‘Trofeo dell’Adriatico’ (5.15a)
US to Host the First Gravel Triathlon Series This Spring
×