Bluebird Backcountry made a major improvement to its previous 400-acre ski area.

Today, Bluebird Backcountry announced that it will expand its terrain to Bear Mountain near Kremmling, Colorado. The backcountry, no-chairlift ski area has also extended its lease, in hopes of continuing its operations at Bear Mountain long-term.

“Now with a longer-term lease in hand, [Bluebird] expects to make investments to the property that will improve both access and skiing,” Bluebird reported in a press release.

Bear Mountain straddles the Continental Divide and has a summit of 9,845 feet. It offers views of Flat Tops Wilderness and Rabbit Ears Peak. And while it’s a new location with new terrain, it’s just 6 miles from Bluebird’s 2020 location at Whiteley Peak. 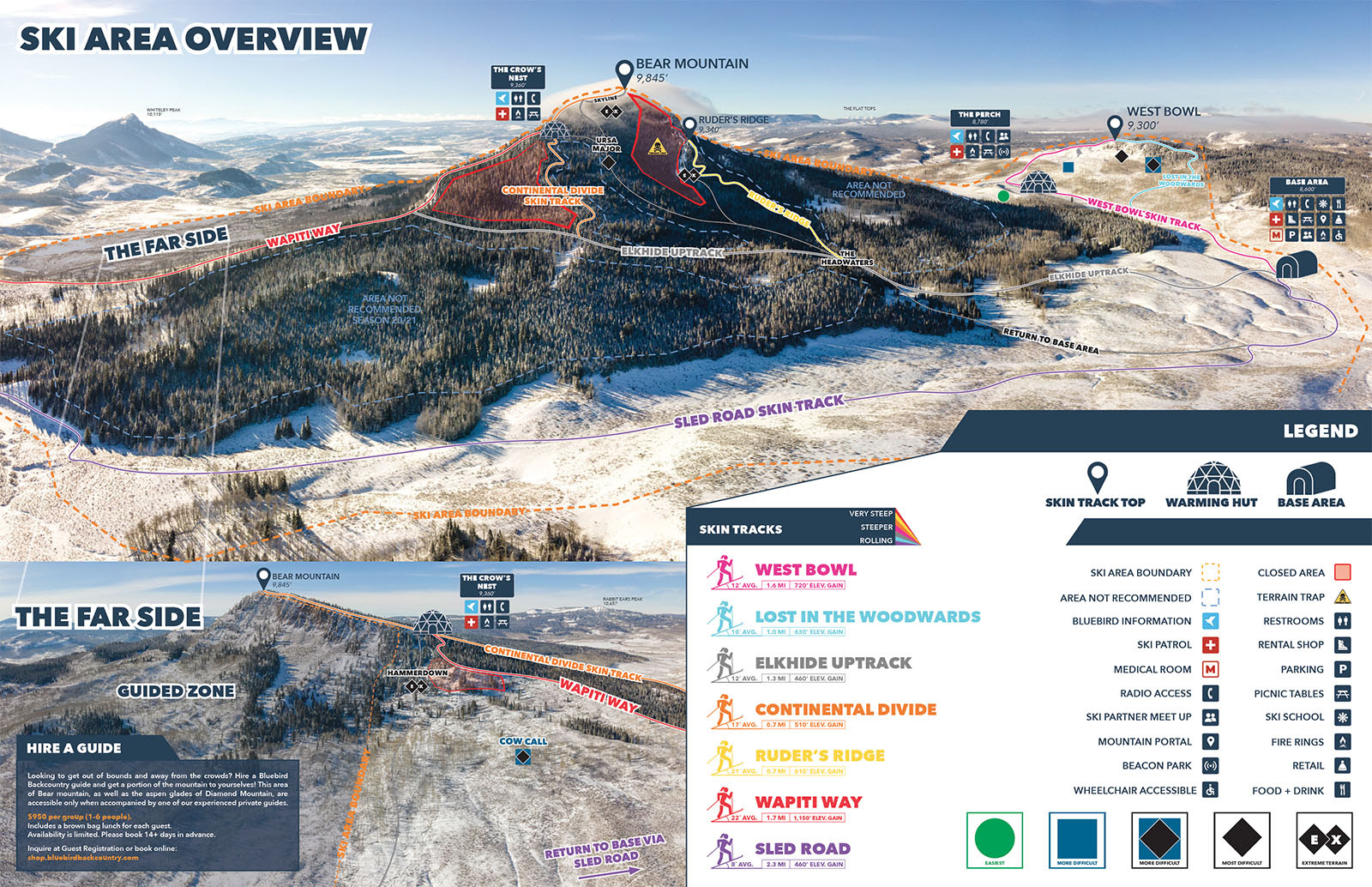 A limited number of ski passes for Bluebird Backcountry’s next season go on sale in April 2021.

Up Next: MT Governor Warned After Wolf Trapping Without Required Certification