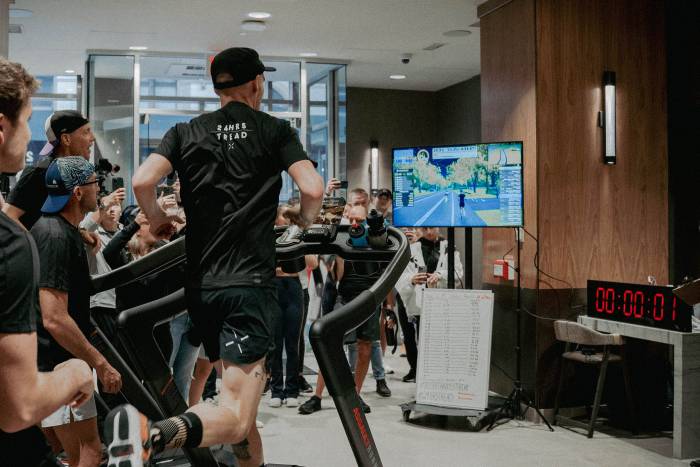 Don Reichelt’s 24-hour manual treadmill effort broke distance and time records in three categories. All we can say is, ‘ouch.’

It’s no secret that treadmills can be tedious. Logging miles on a treadmill is the epitome of boring, not to mention the contraptions are tough on the body. That’s what makes Don Reichelt’s recent records so incredible. The ultrarunner nabbed top slots in three treadmill-related categories:

“All I was thinking during my run was if you come across something that few have really attempted before, there’s a reason for that! It was the hardest thing I’ve done in my life,” Reichelt said in a news release. “But it was worth it — every grueling second.”

Reichelt broke the records on Friday, Nov. 4, at the 23rd Street Life Time Fitness gym in Manhattan, N.Y. The event also served as a fundraiser for the Life Time Foundation, a nonprofit that partners with nationwide school districts to improve nutrition and health for children across the country.

Bystanders who donated to the Life Time Foundation got the chance to run on a treadmill alongside Reichelt. More than 50 runners ended up making donations. 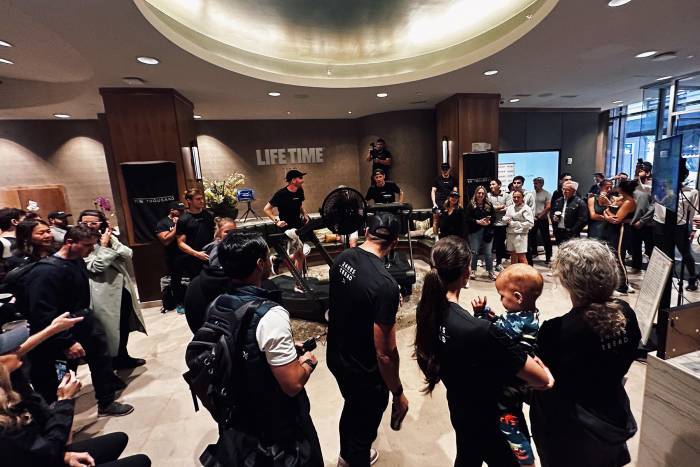 “I can’t overstate how meaningful the support of everyone who came out was,” said Reichelt. “My hope is that others see this and are inspired to also attempt something no else has. You just might make it happen!”

Lest you entertain thoughts of heading to Planet Fitness to break Reichelt’s records, keep in mind the man is no stranger to victory.

He’s got a whole stack of victory medals and belt buckles somewhere in his house, including first-place finishes at the 2021 Salt Flats Endurance Run 50K, 2020 Coldwater Rumble 20 Mile, and 2019 Lean Horse 100 Mile.

Behind the Record Attempt

Surely there are easier ways to raise money for charity. Yes, but that’s kind of the point. Activewear company Ten Thousand sponsored Reichelt’s attempt as part of its Feats of Strength series.

The project follows athletes of all stripes as they compete against themselves in bonkers showcases of strength, endurance, and just plain stubbornness. Specifically, chasing unique records as they go.

Examples include splitting a cord of wood before farmer-carrying two 62-pound jugs of water in and out of the Grand Canyon, doing pull-ups for 24 straight hours, and running a marathon with each mile being a different challenge (burpees, tire flips, etc.).

Don Reichelt’s treadmill odyssey is just the latest in this series of records, and it makes us wonder what’s coming up next. 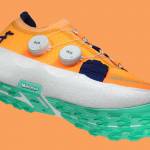 Speedland Launches 3rd Running Shoe (and It's a Beast): Meet the GS:TAM Maximalist