Andre Saraiva, a street artist who believes he “reinterprets the meaning of graffiti art,” has been fined an undisclosed amount for practicing his “art” on a boulder in Joshua Tree National Park earlier this year.

He painted an O and an X on a rock at the iconic park, and then he posted it on social media.

The vandalism gained national attention after a story broke in February on Modern Hiker. This week, according to a news release from Joshua Tree National Park, Saraiva paid a fine to a U.S. District Court.

The release does not include the amount paid. But, according to California Penal Code 594, vandals can be fined “less than $1,000” to “less than $50,000,” depending on the circumstances and amount of damage.

Jail time is also possible, but not part of the Saraiva ruling. 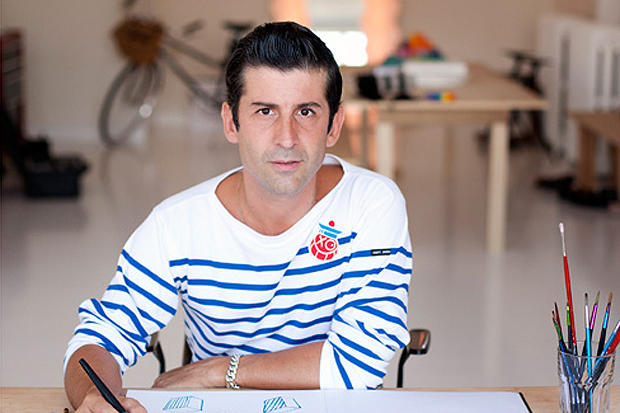 Due to the fact that the Joshua Tree boulder was subsequently cleaned of paint, we’re guessing the fine is on the lesser end of the scale.

On February 27th, 2015, park officials were notified by members of the public that Saraiva had posted Instagram photos of his “artwork” on one (and possibly a second) rock formation thought to be in the National Park.

After investigation, only one location proved to be within park borders. Saraiva was cooperative with park rangers.

He was subsequently fined the undisclosed amount, which was paid in April after he had returned to his home in France.

Park officials are conducting on-going investigations into other incidents of defacing and vandalism of park resources. So far three local juveniles were charged and convicted of vandalism at Barker Dam, and the investigation is targeting others of interest.

Another person was recently convicted for paint vandalism at Indian Cove Campground.

While we respect the work of many street artists who amuse, inform, and incite with creative work on man-made objects (hopefully with permission), defacing natural objects for one’s own notoriety is upsetting.

People go to places like Joshua Tree explicitly to get away from the man-made and return to nature.

Joshua Tree Chief Ranger Jeff Ohlfs said, “We will use any and all available resources to bring those who engage in this behavior to justice.”

Ohlfs calls on the public to keep up the “good work” reporting incidents that they see to the nearest park ranger or by calling park dispatch at (909) 383-5651.

Up Next: 270+ Runs…Gondola To Create Gargantuan Lake Tahoe Ski Area