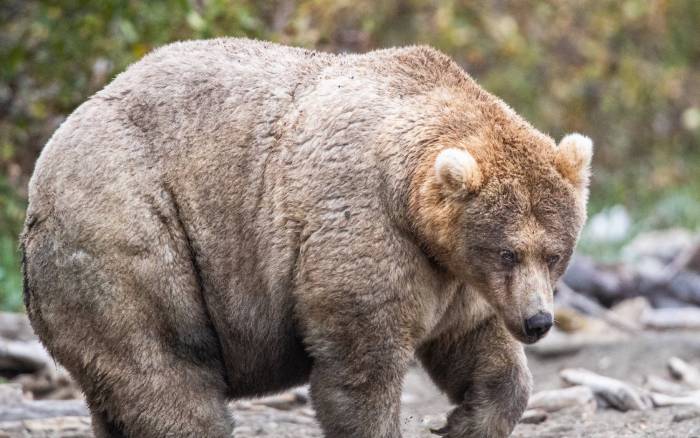 After an exciting week of voting for fat bears on Katmai National Park’s Facebook page, one beloved bear now reigns as the Fat Bear Week Champion.

Meet 435 Holly. She is fat and fabulous. And she is the fat champion of all bears.

At least, that’s what her throngs of fans at Katmai and across the internet think, who voted her into victory with a whopping 18,000 votes. Most other bears in the tournament received 1,000-9,000 votes (don’t worry, they are still loved).

In case you missed it, Alaska’s Katmai National Park holds a tournament each year to determine the fattest bear in their park. And every day for a week, they let you vote via photos on your favorite.

This was the fifth year of the competition, and we are guessing next year will have even more fans.

After crushing fellow fatty female 128 Grazer, 435 Holly advanced to the championship round. Holly went head to head in the final matchup competition with the colossal 775 Lefty, who was a strong contender.

“All hail Holly whose healthy heft will help her hibernate until the spring. Long live the Queen of Corpulence!” wrote Katmai on its Facebook page, announcing her as the Fat Bear winner.

It’s Fat Bear Tuesday and you get to decide which hulking heavyweight will walk off with the championship title. Will it be 775 Lefty or 435 Holly? Cast your vote on Katmai's Facebook!#FatBearWeek #BearCam #FindYourPark https://t.co/4tyc0D3W51 pic.twitter.com/ohkUJaDKnK