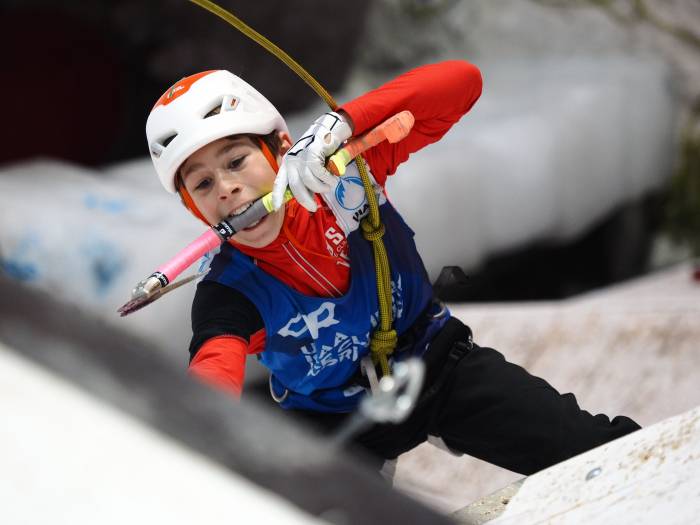 Twelve-year-old Landers Gaydosh was not only the youngest person in the 16 and Under bracket, he’d also been in just one ice climbing competition before.

It’s a massive understatement to say that American Landers Gaydosh’s win at the UIAA World Youth Championships in Saas-Fee, Switzerland, this weekend was a surprise. But at the end of the event, he stood comfortably atop the podium.

He climbed the 80-foot structure 20 seconds faster than last year’s winner in his bracket.

But ask Gaydosh what his goal was coming into the January 29 competition and he’d tell you: Do not come in last. It looks less like he was selling himself short and more like he was being realistic.

Gaydosh started young as a rock climber. He took to the sport rapidly after his father, Jonathan Gaydosh, introduced him to it at the Momentum gym location where he worked at the time. The family recently relocated from North Carolina to Salt Lake City, Utah, and Gaydosh started ticking some local classics.

In September 2021, his rock climbing coaches suggested that he try ice climbing at a dry tooling gym near Orem. He trained once a week, and then traveled to Michigan and qualified for the USA Ice Climbing team.

That qualification punched his ticket to the World Championship circuit.

Gaydosh called the opportunity “a dream” in a social media post, wearing his new team gear. Still, according to his dad, he was nervous.

“Landers has been used to being on top of the game as a rock climber, so going to Switzerland as an underdog took a lot of humility on his part,” he told Utah’s KSL News. “I remember talking to him the night before, and he was feeling a little out of his league.”

He added that he, his wife, and Landers’ coaches tried to frame it as a learning experience and relieve the pressure on the young athlete. However, the pressure was bound to crank back up in the Saas-Fee ice dome.

The parking garage is a storied ice climbing comp site where world-class athletes have cut their teeth for decades. But as soon as Gaydosh pulled down on the tools and kicked into the plywood, he did what he knew how to do: get to the top as fast as he could.

The 12-year-old expressed his gratitude for the win via Instagram — and made his future intentions clear.

Thanking his coaches one by one first, he said, “I entered this comp for the experience but I am now leaving with the gold medal.” Then, he called out coach Dustin Lyons and his partner Susan Sims especially for opening The Scratch Pad “so that I can train and so you guys can teach me how to be a better mountain athlete.”

Landers Gaydosh may have been a dark horse in 2022. Next year, he’ll be the (young) man to beat at the UIAA World Championships. 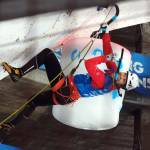 This is GJ's weekly wrap-up of top news in exploration and adventure. Here’s what you missed this week, and a few things to look forward to. Read more…