If you lived through the ’90s, you’re probably familiar with Columbia Sportswear’s Gert Boyle, also known as ‘One Tough Mother.’ 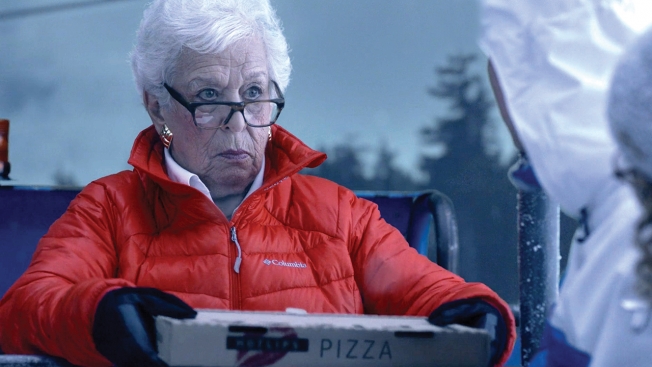 Boyle became the iconic face of the brand in the 1990s, staring in many commercials as the “one tough mother” who helped her son through comic product testing and chided him to make better gear.

A classic ad featuring Boyle and the brand’s Interchange System is below.

According to a report in AdWeek, Boyle will return this week in the company’s commercials after a decade hiatus.

“It was time for us to insert some sexiness back into our advertising,” she told AdWeek of her appearance in a fall campaign from ad agency North.

While the ads will likely be lighthearted and push the durability of Columbia products, Boyle herself is an authentic leader and tough lady.

At age 13, Gert Boyle and her family fled Nazi Germany and moved to Portland, Ore. She took over the family business, Columbia, in 1970, and grew the outdoor apparel brand into a global force with annual sales exceeding $2 billion.

She even thwarted a burglary in her own home at age 86.

We look forward to seeing what Columbia comes up with in its new campaign. Her old role as One Tough Mother seems as relevant as ever, and we’re glad this brand leader has decided to once again grace the screen.

Up Next: October Snow: Powder Turns Today In Colorado