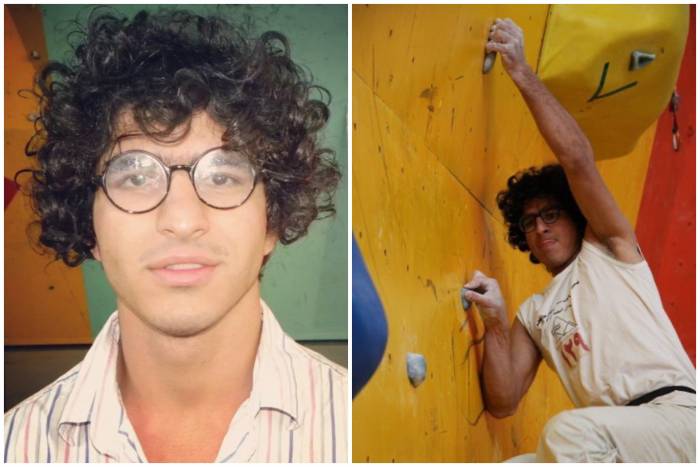 Seyed Hesam Mousavi, detained by Iranian police along with several others in an alleged Shiraz bomb plot; (photos/courtesy Nazanin Roshanshah)

In the wake of Mahsa Amini’s death, protests in Iran continue to flare. GearJunkie received documents Tuesday that indicate one imprisoned climber could face stark consequences.

Shockwaves rippled worldwide on September 16, 2022, when Mahsa Amini died in custody after Iranian police detained her for wearing her hijab improperly.

Widespread protests ensued, and Elnaz Rekabi’s October appearance at a South Korean climbing competition without a hijab stoked the firestorm of social unrest in the country.

Since then, the Human Rights Activists News Agency (HRANA) has counted thousands of protestors arrested. Among them, several imprisoned Iranian outdoor professionals accused of a bomb plot could face danger.

Sender Films’s Nick Rosen transmitted messages to GearJunkie that he recently received from the ex-girlfriend of Seyed Hesam Mousavi, a “well-known” Iranian climber and instructor.

The individual, Nazanin Roshanshah, was seeking to spread Mousavi’s and two other outdoor professionals’ story of being arrested and imprisoned after protests in the city of Shiraz — a hotbed of activity in the historic unrest.

Reports of the three detained men, along with two other outdoor professionals associated with the Shiraz protests, trickled in mid-to late-December. Radio Free Europe reported Mousavi, Abadi, and Mahdavi confessed they were unsuccessful in an orchestrated attempt to detonate a bomb in the city, along with Dena Sheibani and Mohammad Khiveh. (Rosen separately told GearJunkie that Sheibani and Khiveh had been released but could not confirm the report.)

Trial under detainment without legal representation would violate the Universal Declaration of Human Rights as recognized by the United Nations (U.N.) — of which Iran is an active member.

U.N. members voted on November 24 to create a “fact-finding mission to investigate” alleged human rights violations in Iran related to the protests. 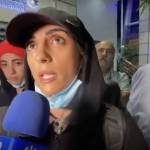 Elnaz Rekabi competed on Sunday in South Korea without the hijab headwear mandated by her government. She then disappeared amid reports that her cellphone and passport had been confiscated. Read more…

Conditions in Iran and Outlook for Mousavi’s Cohort

According to Amnesty International, many prisoners of the Iranian regime face stark circumstances. The global human rights advocacy group has raised ongoing complaints against Iranian officials, most recently for allegedly mistreating one prisoner and conducting an unfair trial against another.

Sender’s assertion that the imprisoned outdoor professionals’ lives are in danger comes amid statistics from HRANA that confirm Iran’s government has executed four protestors — the most recent of which died on Saturday.

In all, death tolls in conjunction with the unrest had risen to 519 protestors and 68 Iranian government personnel by January 8, according to HRANA. Iranian authorities have not publicized any official count of those killed or detained.

A Change.org petition calling signees to be the five imprisoned outdoor professionals’ “voice in the world” against the regime’s totalitarian acts had gained almost 15,000 signatures as of this writing.

It’s unclear whether Mousavi and the two remaining detainees from the alleged Shiraz bomb plot could face execution. The U.N. said the two recently-executed men, Mohammad Mehdi Karami and Seyed Mohammad Hosseini, saw “unfair trials based on forced confessions.” Authorities charged the two men with killing a member of the paramilitary Basij force (one of the five forces of the Islamic Revolutionary Guard Corps) in November.

Documents Roshanshah transmitted indicate Mousavi was starting a climbing gym in his home country and is an avid climber.

“I’d like to die in a climbing or flying adventure,” Roshanshah remembers Mousavi telling her. Now, she wrote, she hopes he doesn’t die behind bars.