One of the world’s best ultra-runners scaled Mount Everest today in a blistering time of just 26 hours. 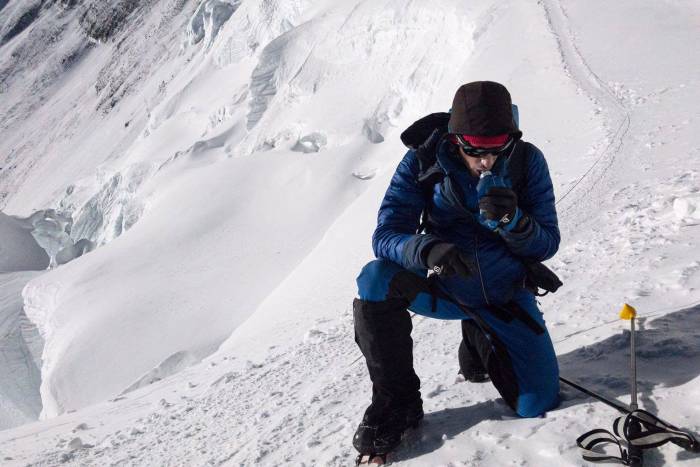 Kilian Jornet, a renowned Spanish endurance athlete, climbed from the Tibetan side of Everest without the use of supplemental oxygen or fixed ropes. He climbed the traditional route up the North Face, from Base Camp at the ancient Rombuk monastery to the summit, in just 26 hours.

For perspective, it takes most climbers, using supplemental oxygen and fixed ropes, days to reach the peak. But Jornet isn’t a typical climber. He already holds or held speed records on Mt. Kilimanjaro, Mt. Aconcagua, Denali, the Matterhorn, and Mont Blanc. (Editor’s Note: Jornet’s records on Kilimanjaro and Aconcagua fell to Karl Egloff in 2014 and 2015, respectively.)

This was Jornet’s second attempt at Everest. In September 2016 he was turned back by adverse weather conditions.

He set out from base camp on the north side of the mountain on May 20 at 10:00 p.m., local time. His plan was to climb from base camp to the summit and back.

He reached the summit after 26 hours, but became ill during the descent. He changed plans during descent and stopped to rest at a higher camp — advanced base camp — stopping the clock on the round-trip attempt at 38 hours.

“Until I reached 7,700m I felt good and was going according to my planning,” he said in his Summits of My Life blog; “But there I started to feel stomach ache, I guess due to [a] stomach virus. From there I have moved slowly and stopping every few steps to recover. However, I made it to the summit at midnight.”

Jornet claimed a new FKT (fastest known time) on his blog. He wrote:

Jornet’s effort was incredibly fast. Several other climbers claimed to have climbed it faster, though. On May 21, 2004, Pemba Dorje Sherpa, claimed a time of 8 hours, 10 minutes, up the South Col. That record remains unofficial and disputed to this day.

Fewer than 200 people have summited Everest without oxygen, an incredibly difficult accomplishment.

Hats off to Kilian Jornet for once again pushing the limits of what is humanly possible.

Up Next: GJ Week In Review: OR Denver, Rock Climbing Shoes, Most Miles Biked