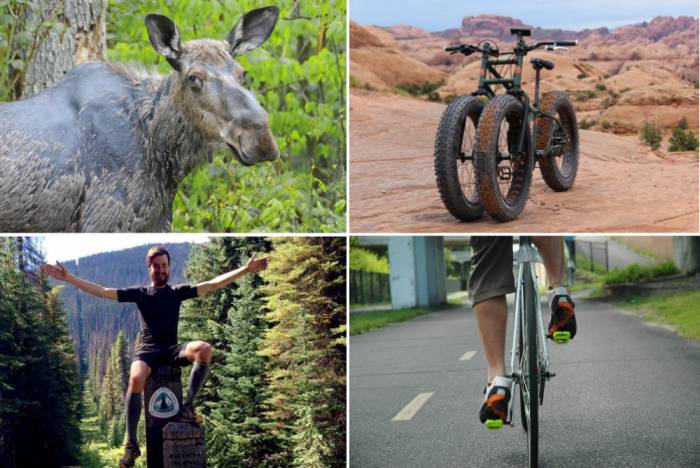 Karel Sabbe, a 26-year-old dentist from Belgium, claims to have set a new record on the Pacific Crest Trail. He hiked the 2,660-mile trail in 52 days.

The small hill will now offer year-round skiing on either snow or an artificial ‘Neveplast’ surface. 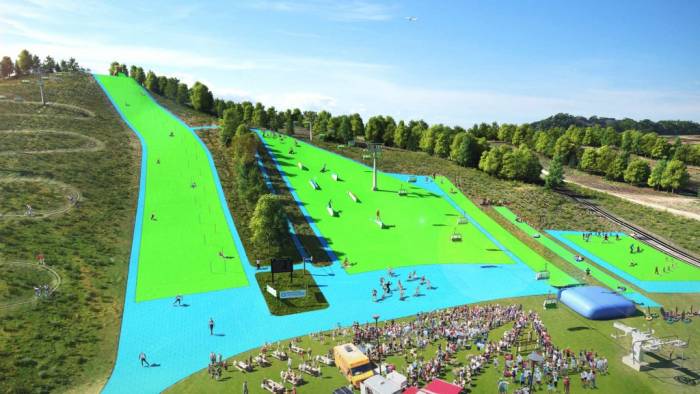 There is no substitute to the Original Bug Shirt when insects get bad. We put them to a summer-long test in the Boundary Water Canoe Area.

5) You Should Try Running. This Video Explains Why

Non-runners may wonder why anyone would actually enjoy going for a jog. The answers many have you giving it a shot yourself.

The Sargent and Greenleaf 833 padlock is as impressive as it is expensive. Will it ever break?

Flats or cleats, the iSSi Flip offers an easy-to-use introduction to the world of clipless pedals.

8) Someone is Drowning? Here’s What To Do

Drowning is one of the leading causes of unintentional death in the United States. A proper response could save a life.

9) Hustle To Rio The Hard Way

If you want to catch any Olympic action in person, you better hustle! 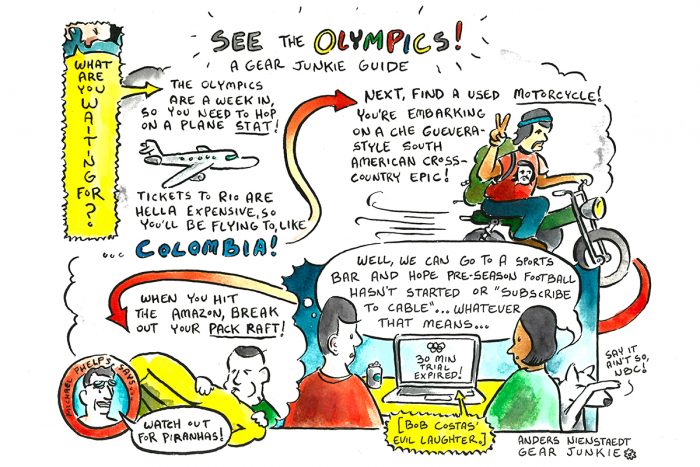 Emma Coburn earned an Olympic bronze medal in the 3,000-meter steeplechase today. Join her for a run in her home mountains near Crested Butte, Colorado, in this beautiful video.

A moose’s journey from New York to Ontario could guide the construction of a new multi-national hiking trail.

Snowboarder Travis Rice and Brainfarm Productions followed the world’s ocean currents and hydrological patterns to find the best snow and surf on the planet. The result is ‘The Fourth Phase.’ 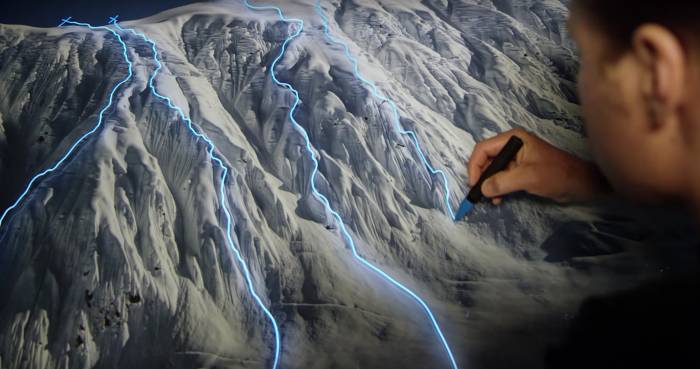 This winter, prepare for long spells of exaggeration resulting in deep, powdery metaphor and moments of genuine stoke.

14) Climbing With Death: Honnold Gets Candid In Leto Documentary

‘Everybody dies eventually in life. It’s more a matter of how you lead your life to get there.’

Love the outdoors but don’t have a car? Zipcar is installing Yakima racks on more than 150 car-share vehicles.

With record droughts becoming the norm, wildfires have become a persistent threat. One ex-firefighter helped develop a new tool to keep you safe.

17) BUFF Headwear: A Wearer’s Guide To The Best Outdoors Accessory

After more than a decade of dedicated wear, from hot days to winter’s depth, our editor details the multiple ways he wears the versatile tubular product known as BUFF headwear.

From drones to ‘wind shield’ optics, this is our weekly look at emerging products from the world of outdoor gear design.

‘Every plant here will kill you.’ Take a peek at England’s charming ‘Poison Garden.’ 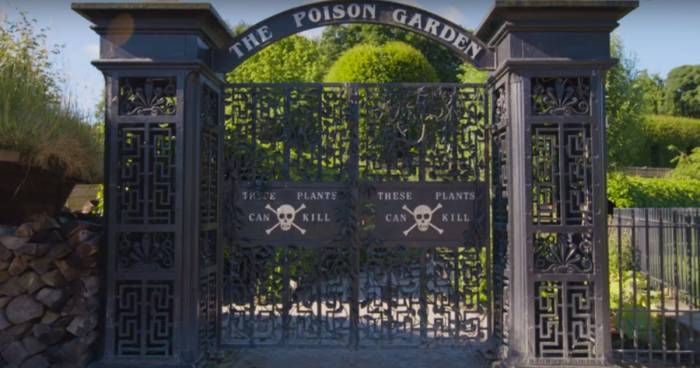 The highest point east of the Rockies, a 7,242-foot summit in the Black Hills, will now be called Black Elk Peak.

21) Where No One Has Gone Before: 600 Miles Across ‘Crown Of Continent’

What does it take to create an entirely new route through the wilds? The North Face athletes Mike Foote and Mike Wolfe stopped by GearJunkie to tell us about the ‘Crown Traverse.’

22) Bikepacking Made Easy: An Illustrated How-To

Want to know how to bike-pack? Check out these awesome illustrations.

The ‘Live Monumental’ campaign was created to help protect 3 million wild acres across the U.S. This new film documents the project from the start.

Up Next: KEEN’s ‘Monumental’ Push To Protect Public Lands