Ten thousand lakes, a ‘bicycle superhighway,’ and a firm dedication to public lands — Minnesota Gov. Mark Dayton makes a strong pitch for the state as an ideal fit for Outdoor Retailer. 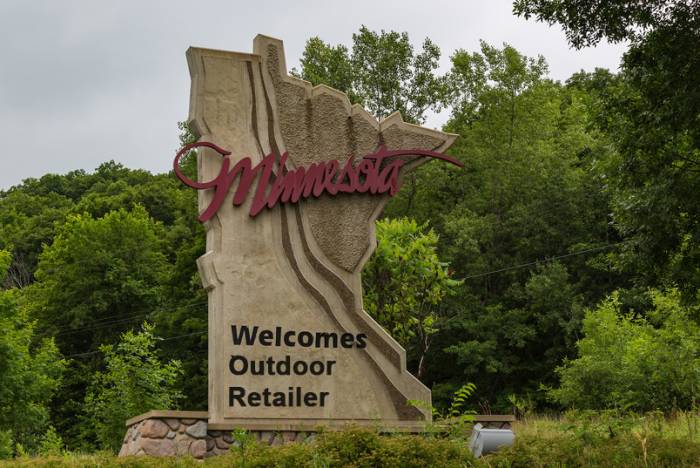 One of the outdoor industry’s leading trade shows announced last month it would leave Utah in protest of the state’s public lands policy.  Last week, the government of Minnesota added its name to a growing list of would-be show hosts.

In a letter to the Outdoor Retailer trade show organizers, Gov. Dayton invited the show’s top brass to visit the Land of 10,000 Lakes and consider it as a future home for the outdoor industry’s bi-annual show.

With GearJunkie’s headquarters in the heart of Minneapolis, this would potentially put Outdoor Retailer smack in our backyard.

Emerald Expositions, which oversees the show, is seeking offers for host cities for 2018 trade shows and beyond. A move is heavily supported by the Outdoor Industry Association (OIA), a group of more than 1,200 outdoor brands, which formally declared a desire to leave Utah last month.

The shakeup followed a massive outcry by major industry brands over Utah Gov. Gary Herbert’s resolution to rescind federal protections of public lands in his state.

“Minnesota is a great state for outdoor recreation, we cherish the public lands that foster that experience, and we would be a great destination for your event,” he wrote.

In addition to its public lands support, Gov. Dayton noted that Minnesota has abundant lakes and 800,000 registered boats — the highest per capita of anywhere in the country.

Dayton listed the North Star State’s prolific water and snow sports communities, and a population of more than 2 million hunters and anglers.

Perhaps most importantly, though, Gov. Dayton reassured OR organizers that Minnesota was a proven big-event host.

Numerous states are vying to play host to OR, which has remained in Utah for the last 20 years. According to the OIA, the summer and winter markets combined contribute more than $45 million annually to the local economy.