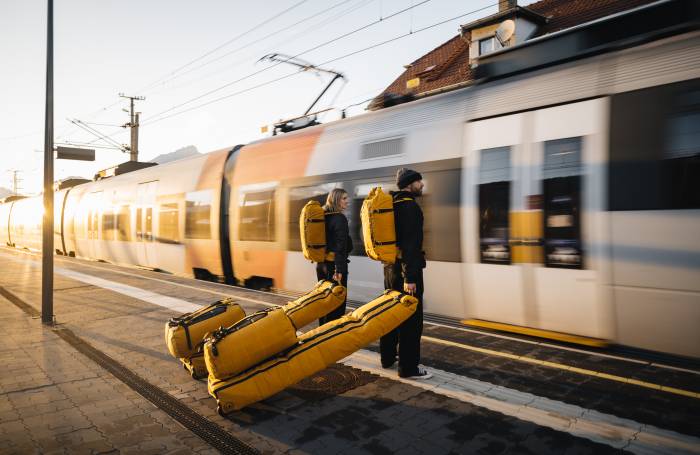 Sage Kotsenburg partnered with Db on a new line of snow luggage; (photo/Db)

The Olympic snowboarder released a line of signature snow luggage with Db and a brand-new backcountry touring backpack. And that’s just how Kotsenburg is igniting his explosive season.

When Sage Kotsenburg picked up the phone with GearJunkie, he was (appropriately) buying some new backcountry-rescue and snow-science gear. He was clearly pleased with his purchase: a new avalanche shovel and a snow saw — two items he’ll likely be carrying in his backpack this winter.

Kotsenburg was in Canada when we spoke. He was doing an avalanche course there, freshening up on safety/rescue protocol in preparation for what’s going to be a big and exciting season for the professional snowboarder. He kicked off the season this week by releasing a line of signature luggage in collaboration with Db.

Even for someone who’s ridden twice in the Olympics, won a gold medal, and competed in four different X Games, Kotsenburg says he’s excited about this winter’s prospects. The guy has a lot to look forward to.

Db approached Kotsenburg about designing a fall line of bags: a snow roller bag for snowboards and skis, a duffel bag, and a backcountry-specific touring backpack.

He began bouncing ideas off of the product engineers and designers, asking questions about materials, function, performance, and aesthetics. “We started from the ground up. This whole process has been awesome,” said Kotsenburg.

“We sat down and dove into what you need while traveling with snow gear. Making travel easy and the equipment durable is essential; it’s the last thing you want to worry about before a big snow trip.”

Here’s what Kotsenburg and the Db designers have been making.

The Djärv Snowroller is a length-adjustable and fully compressible ski/snowboard roller bag that’s totally unique to Db. It can be adjusted to fit any ski or snowboard lengths. It’s also got an integrated boot-changing mat for swapping boots for slippers and vice versa. It can fit two snowboards, two pairs of skis, or four cross-country skis and has a “rib cage” to protect those contents.

When it’s not in use, the Djärv can be rolled up into its own footprint for extremely easy storage.

“[It] really rolls up into this tiny ball and it fits in a closet or wherever you want to store it,” Kotsenburg said. “These bags are amazing…I’ve never had a problem on a trip with it not fitting enough stuff.”

This duffel bag is similarly voluminous and convenient to use. The 70L bag unzips all the way down the middle for easy access and loading. You can pack both halves individually, then zip them together. Kotsenburg says he uses this bag more than any others.

But the real star of the new Kotsenburg x Db collaboration bags is the Fjäll backcountry touring backpack. This is a brand-new product from Db designed in partnership with Sam Favret in the mountains of Chamonix. A roll-top closure allows skiers to expand the pack to fit more gear on the skin track, and it can be used to fix a helmet in place.

The Fjäll’s center zipper compartment has slots for an avalanche probe and shovel, as well as a slot for a snow saw. (Perfect for fitting that new gear Kotsenburg just bought!)

It’s got ice-axe loops, an unzippable back access panel, side compression straps for an A-frame, load lifters, brass hardware, and a rope/skin bag sewn into the pack’s bottom interior.

It’s a pack that’s been thoroughly thought out for skiers and boarders who plan to venture into the backcountry.

An Homage to His Home Mountains

All of the bags in Kotsenburg’s Db collection are embossed with mountain artwork of the Wasatch Range and the phrase “you get out what you put in.”

Kotsenburg started saying that motto while he was filming Joy with Ben Ferguson. He says it encapsulates the idea that the hard work you put into the day equals the good results that come out of the day.

But according to Kotsenburg, it’s got another meaning. “It’s also just funny because you put a snowboard in the bag, and you get the snowboard out,” he said with a chuckle. “So it’s got a double meaning.”

Kotsenburg has been a competitive snowboarder since he turned pro in 2010 at just 17 years old. He’s competed in four X Games since then, medaling in three of them. And at the Sochi Olympics in 2014, he was the first snowboarder to ever win a gold medal in slopestyle riding.

But when asked if he had any big competitions or tours he’d been training for this year, he said no. He’s got his eyes on a different prize: a film project.

For the new film, he says he’s heading across the Pacific, to Japan, to shred Japow with his friend Ryo Aizawa, another professional snowboarder. They’ll be filming a feature-length ski film. The full film will release next year, leading up to ski season. But Kotsenburg says to keep an eye out in the meantime.

Kotsenburg declined to comment on which production company he was working with on the new film. But judging by his previous work with Homestead Creative, Jerome Tanon, Tyler Orten, and others, it’s going to be a ski movie jam-packed with epic snowboarding action in the Land of the Rising Sun. 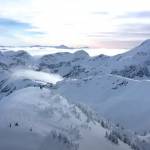 Survive to Compete: The Natural Selection Tour Is Back for 2023

You've been waiting and now the Natural Selection Tour is back, promising "the most exciting season in Tour history!" Read more… 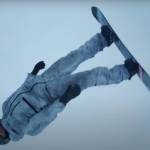 Drifting flurries, slow-mo trick footage, and a noise machine on the "zen" setting: Chill out with this snowboarding ASMR video. Read more…