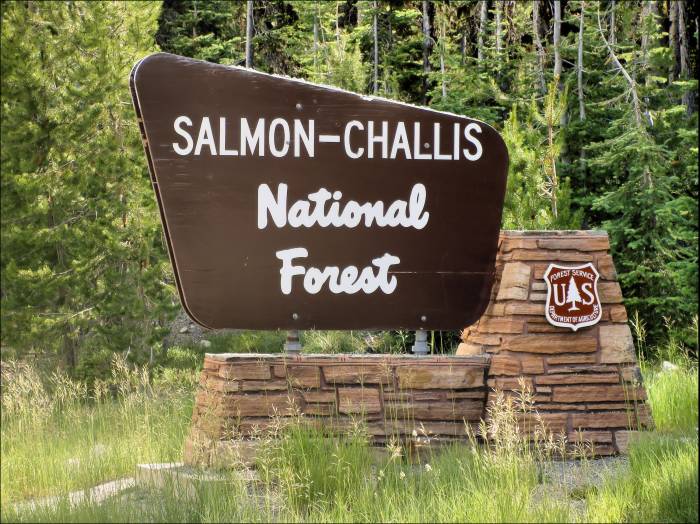 A week ago, in the midst of a circus of Senators cramming every conceivable amendment into a Republican-sponsored budget, the U.S. Senate passed an amendment that should boil the blood of every American who loves our National Forests and public lands.

The vote was purely symbolic — budget amendments carry no weight of law. But senators use the opportunity to bring attention to favored political issues and compel colleagues to take a stance on major debates.

For outdoors enthusiasts, it is a wake-up call. There are many interests trying to get their hands on your public lands, and our elected officials may be willing to sell.

“We’ve got to keep an eye out for it,” said Steve Kline, Director of Government Relations at the Theodore Roosevelt Conservation Partnership. “If you let a bad idea fester long enough, it sounds less and less like a bad idea.”

The passage of this amendment is a signal that some senators are willing to clear a path for the sale of America’s most treasured resource to the highest bidder — likely billionaires and massive corporations, foreign and domestic.

While there are currently methods such as land swaps and leases in place to exploit natural resources on public lands, once sold off to mining, fracking, oil drilling, and other industry interests, these lands will be lost forever.

From my perspective, trading our national heritage for an easily balanced budget or quick mining claim is an unforgivable sin, one that would be regretted by every generation to follow. But where is the uproar among the groups who depend on these public lands?

One group that opposes this and similar actions is the Missoula, Mont.-based Backcountry Hunters & Anglers. “Public lands are the fabric that binds America together, and last night’s vote by the Senate sends an alarming message to sports-men and -women — along with every citizen who values our publicly owned resources,” said Backcountry Hunters & Anglers executive director Land Tawney.

“Nationally, an organized, concerted movement is underway to sell off and limit access to America’s public lands and waters. These are not merely the actions of a lunatic fringe. Now is the time to double down and fight back against this ill-conceived idea.”

The amendment passed narrowly along a near party-line, 51-49. Democratic Senators unanimously opposed the amendment. Three Republicans — Corey Gardner of Colorado, Kelly Ayotte of New Hampshire, and Lamar Alexander of Tennessee — crossed the aisle in opposition.

Murkowski stumped for the amendment succinctly: “When we have an opportunity to consider this amendment, a vote for it is really a vote in support of — as a priority of this Congress — comprehensive approaches to land policies to facilitate economic development, empower States and improve our conservation systems.”

While proponents of States’ Rights would have you believe local management will improve land conservation, I fear the exact opposite thanks to the remarkable wealth contained in many public lands such as the National Forests that have been ours to enjoy since the Land Revision Act of 1891.

Murkowiski’s amendment takes away the protections of Congress, which, as outlined in the U.S. Constitution, is the only body with the authority to sell or transfer federal lands.

So what can we do? Well, nothing speaks louder than the ballot box. A full list of senators who voted for and against SA 838 is on page two of this article.

You can also sign this petition from the Wilderness Society.

This amendment won’t become law, but it could be introduced as a bill some time in the future. Keep your eyes open, and speak out to share your opinion with the people who control the future of our public lands.

Up Next: ‘Mountain Man’ Of MLB

Saving…
‘Mountain Man’ Of MLB
Running Of The Balls?
×