Recently released Sisu Magazine is designed to disrupt the status quo in the outdoor industry.

Sisu is the brainchild of Jen Gurecki. She’s the outspoken CEO of Coalition Snow, a women’s ski and snowboard maker out of the Reno-Tahoe area.

But as the new quarterly publication’s founder and editor-in-chief, she draws on her background in journalism.

I read the first issue cover to cover. And after digesting Sisu, it’s clear that the Finnish word sums up the publication’s intent. It loosely translates to will, determination, or perseverance.

Gurecki describes it as grit, guts, and “the art of inner strength.” And that’s pretty spot on.

A Collective Voice That Hasn’t Been Heard

For reference, the initial 80-page magazine features female writers describing journeys, observations, and essays on the outdoor industry. Issue No. 1 includes everything from underground female skateboarders to women carving out a new space in ski film production.

“Sisu has been evolving as we’ve listened and watched the expansive and diverse outdoor community very closely,” Gurecki said.

“My vision is to cultivate a sense of place in the outdoors where people feel welcome and inspired through compelling writing and stunning photography and art.” 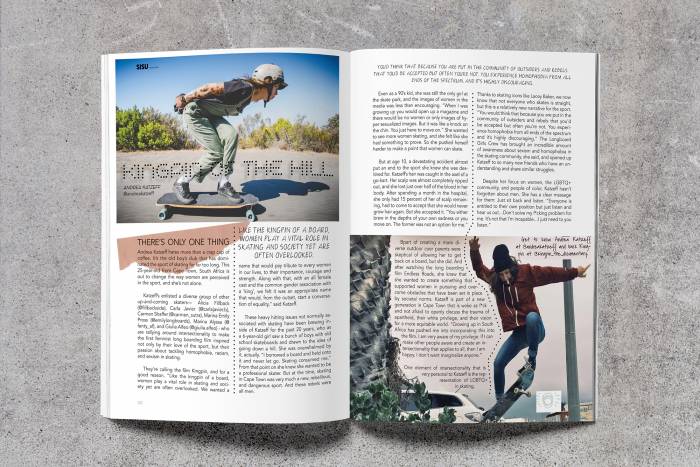 Inside, there’s also a deep dive into gender bias still at work in the outdoor industry. And plenty of F-bombs. But this isn’t just a feminist rant.

Sisu also includes LGBTQ+ voices explaining dos and don’ts for communicating in a more inclusive world, for example. And there’s an article calling out the underrepresentation of people of color in the outdoors — and the social-justice moves anyone can make to help change that.

Finally, poking fun at it all, Sisu ends with a smacking back-page column by Andrew Pridgen called “That’s What He Said.” This perspective alone made me curious about what will appear in the next issue.

Sisu’s creative director, Lauren Bello Okerman, said her vision is independent. She wants to showcase the “unexpected, unexplored, and underrepresented,” she said. 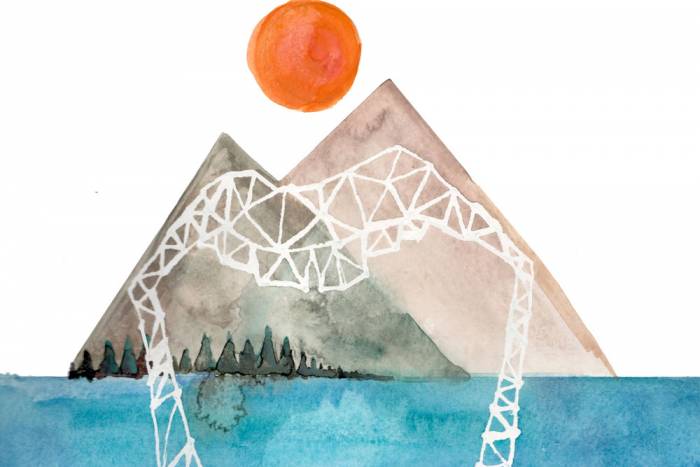 “Let the stories, art, and photography breathe and bloom.”

There are currently no outside advertisements. And the paper stock is heavy, making Sisu a solid conversation starter for the coffee table.

Sisu Magazine is available now by the issue ($15) or as an annual subscription ($50) for four issues.