Home » News » Bikes, Boats, and Buyers: What to Expect From ‘The Big Gear Show’

The Big Gear Show is the newest outdoor industry trade show, coming to us in July 2020. And it’s all about gear like bikes, tents, and kayaks — and even consumers.

The Big Gear show promises big things in the world of gear. It’s a newer, less expensive event tailored to small and local businesses. It aims at companies that can’t afford to attend bigger trade shows. But don’t let that fool you: It’s still all about the gear.

The show, scheduled for July 21-25, 2020, in Salt Lake City, will be a multi-category event for paddling, biking, climbing, and camping. It will focus on hardgoods only, meaning no apparel and no footwear. Think gear like tents, bikes, kayaks, climbing ropes, and more.

“You know, there’s gear you use and the gear you wear,” said Darren Bush, co-founder of The Big Gear Show. “And giant mega booths with heaps of clothing — it just doesn’t capture the spirit of what we do. So we are curating heavily, and inviting brands who focus on bringing technical outdoor gear.” 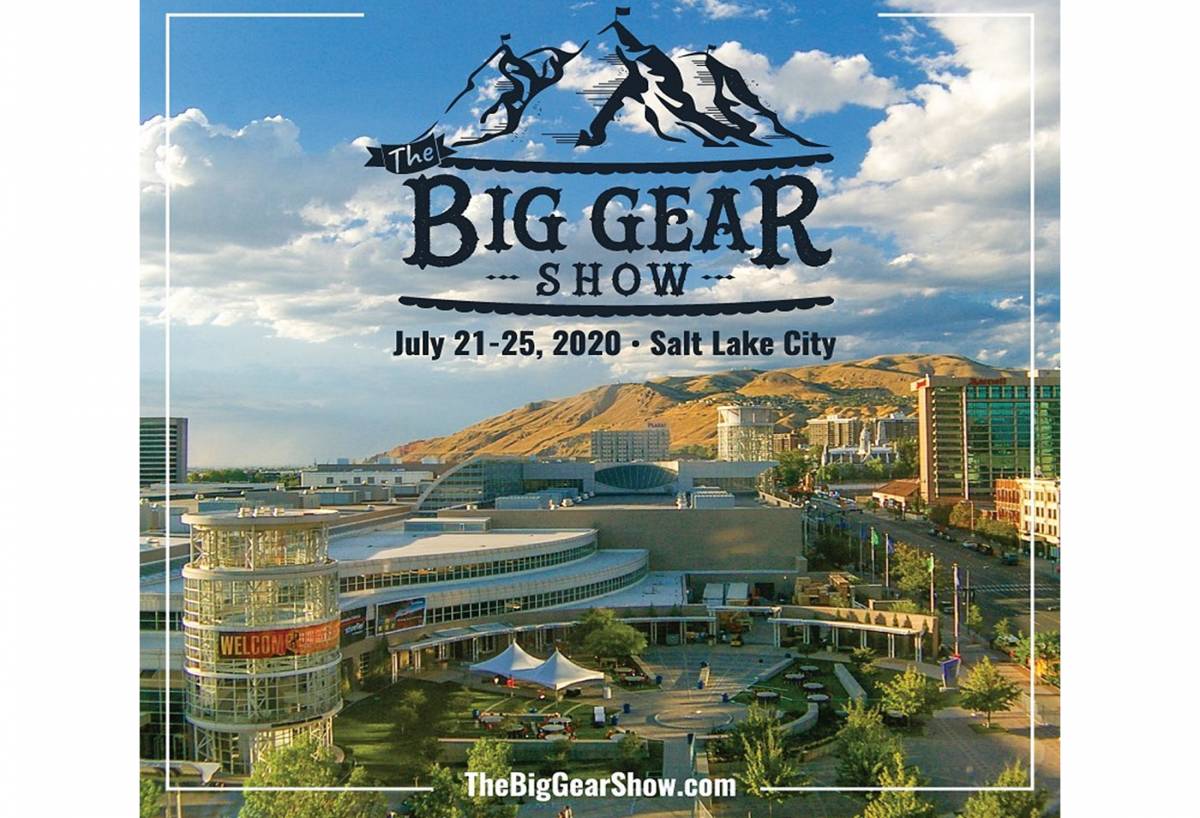 For one, that could mean the bicycle industry, which closed down its Interbike convention in 2018. The National Bicycle Dealers Association (NBDA) has already endorsed The Big Gear Show as the official bike dealer 2020 trade show. “What I’m really excited about is that it’s going to be put on by retailers, for retailers,” said NBDA President Brandee Lepak in a press release.

Feedback from attendees at Paddlesports Retailer was that they wanted a broader tradeshow with brands from outside the paddling world. Salt Lake City, an epicenter of the outdoors that the Outdoor Retailer show left a few years ago to protest Utah public lands politics, will host The Big Gear Show.

“We were talking to our vendors and realized how it will be nice to be back in the community again. It’s a place that makes sense to bring brands together,” said Bush.

How Is It Different From Other Trade Shows?

For starters, it’s less expensive. Exhibitor rates for the show will range from $12 to $15 per square foot, compared to the average cost of trade shows at $21 per square foot, or over $40 per square foot at Outdoor Retailer. “It’s a show smaller brands can afford to attend, and that’s really cool,” said Darren Bush. Registration for both exhibitors and attendees started yesterday.

This event is for “the innovators, the start-ups, the domestic manufacturers, and the local gear shops,” reads The Big Gear Show website. It focuses on the roots of gear but also looks forward to the gear of the future.

“We are all about heralding product innovation … and challenging the entire industry to answer the fundamental question of ‘What’s next?’” said Bacon. In short, they want the gear at the show to remind us why we all continue to do the outdoor sports we love.

It’s also a slightly different format than other gear shows. The Big Gear Show is following the adage “see, try, buy.” Vendors will hold demos on the second day instead of the first, and there will also be a day open to the general public. The Big Gear Show’s consumer day — where the public can buy goods and engage with brands — will culminate the event.

There’s been a pretty big realignment of who’s included in the outdoor industry, and outdoor brands have skyrocketed in scale. The Big Gear Show is taking a step back and focusing on the core of gear.

But with Outdoor Retailer cutting back its shows and Interbike being canceled, a new show begs the question: Do we need another trade show? And will it be a success? Overall, the show’s format could be the fresh new take the outdoor industry needs — or not. We’ll find out soon.